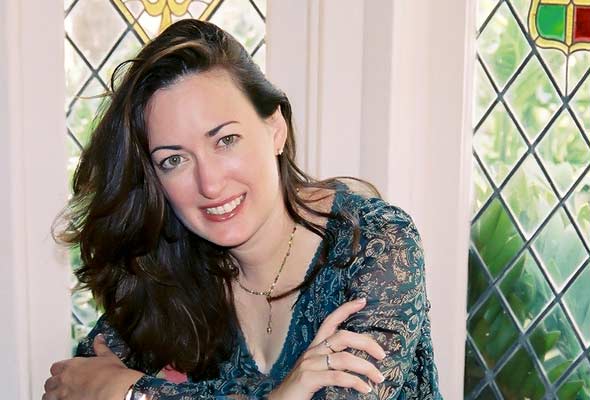 “Standing on the stage delivering the graduation speech at Le Cordon Bleu in Paris is not the optimal time for an existential crisis.”

So begins The Kitchen Counter Cooking School from award-winning writer Kathleen Flinn. Whereas Flinn’s first book tells her tale of earning a diploma from the world’s most famous cooking school, her second commences two years after she’s left the hallowed kitchens of Paris. She’s back, standing in an opulent ballroom just off the Champs-Elysées, rows of graduates before her, a line of chefs in tall toques behind her, about to address the crowd. Everyone is waiting to hear what she has to say–including Flinn, who finds herself wondering what wisdom she can possibly impart to to others when she still wasn’t certain what to do with her degree.

I sat down with Kat after her grueling two-month-long book tour to find out exactly how she went from the hallowed halls of Le Cordon Bleu and the cobblestone streets of Paris to garishly lit supermarkets and crowded Seattle kitchens that were in most cases overstocked with processed foods. She explained it all began with a chance encounter with a hapless, harried mom in a market. After seeing all the packaged foods in the woman’s cart, not mention wasted money on overpriced meat cuts, Kat rifled through the groceries–replacing some, ditching others–and helped her make better shopping and cooking decisions. In less than an hour, the woman walked out with healthier foods, several recipes, and kitchen confidence–something she always lacked. Kat no longer wondered what to do with her tony degree. And we’re all the better for it.

Read an excerpt from The Kitchen Counter Cooking School.