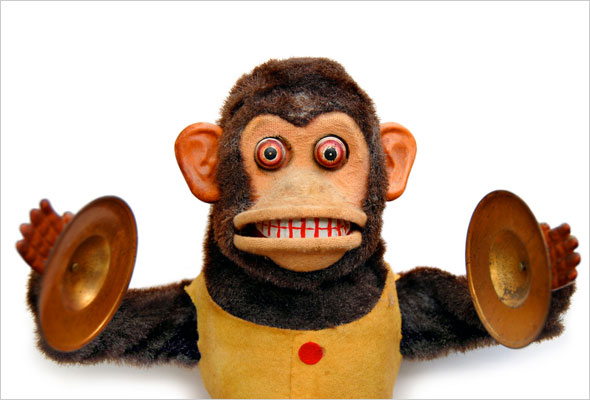 No one likes to be anxious. Look at us. We’re a country of yoga practicers, Lexapro poppers, and after-work boozers. While anxiety smacks some of us upside the head only over Really Big Things, like deciding what flavor of buttercream belongs on your wedding cake, for others anxiety suffuses every neuron every second of the day, creating debilitating dread and untold potential for calamity even when choosing between, say, choosing between ketchup and barbecue sauce. In his book Monkey Mind, author Daniel Smith (he of the condiment confusion) explains with startling candor and unrelenting curiosity the difficulties, to say the least, that accompany having been dealt a perpetually short-circuited anxiety loop. He also reveals his dogged diligence in understanding this quirk so that he can learn to (mostly) overcome it, if only moment by moment. May we all–the uneasy, the nervous, the stressed, the twitchy, the easily freaked out–be so inclined. And so inspired by his story.–Renee Schettler

Kierkegaard was right: To be human is to be anxious.

What I refer to as The Roy Rogers Problem refers to a meal I had seven years ago at the Roy Rogers franchise in the Grover Cleveland Service Area and park-and-ride, between exits 11 and 12 off the New Jersey Turnpike. I had stopped to pee and buy washer fluid when I was struck by an urgent need for a roast beef sandwich. The problem was what to put on the roast beef.

After selecting and purchasing my foil-wrapped sandwich at the cafeteria-style counter, I headed to the fixin’s bar, where I decided that what my sandwich required produce-wise was a single slice of whitish-pink tomato and absolutely no lettuce. I had no difficulty with this decision; I didn’t even have to think about it. And yet the condiments caused me immediate trouble. Some choices trigger one’s anxiety sense and others do not. I’m talking here about semi-liquid condiments. I quickly ruled out mustard: I don’t like mustard on beef. Mayonnaise, meanwhile, was out of the question for ethno-cultural reasons. This left me gazing through the cloudy, fingerprint-smudged sneeze guard at the dark condiments: barbeque sauce and ketchup.

Barbeque or ketchup. It’s a tough call under any circumstances. Ketchup is the conservative choice—unassuming, sturdy, the tried-and-true way to offset the saltiness of the meat. In presidential terms, ketchup is Eisenhowerian. But what I began to wonder, standing there at the fixin’s bar, was whether my life at that moment maybe called for something spicier, something as sweet and taste-bud-arousing as ketchup but with an edge. A sexy, bold condiment. A Kennedyesque condiment.

I deliberated for a long time. I scrutinized the tubs of sauce with their white nasal spouts as if I were consulting the oracle at Delphi. A dense knot of glassy-eyed commuters began to build behind me. Eerily, no one said a word. You would expect the patrons of a North Jersey rest stop not to have much tolerance for extended condiment deliberations. That just shows how insidious our stereotypes can be. It was like they understood and respected the quandary in which I found myself. Like they’d been in the same position themselves.

But there they were. I felt a mounting pressure to act one way or the other. Barbeque or ketchup. Ketchup or barbeque. When you get down to it the difference is negligible. Both are genealogically related to the tomato. Both contain satisfyingly high levels of corn syrup. Even the difference in their appearance is subtle, the matter of a few shades. And so I got the idea—a flash of insight, really—that what I’d do was choose not to choose. I would apply a dollop of ketchup to one half of the sandwich and a dollop of barbeque sauce to the other and if they happened to mingle when I reapplied the top portion of my bun . . . so be it!

Just as I was about to execute my plan, someone to my right cleared his or her throat and abruptly, driven by a mechanism external to the deliberations I’d been making, I reached out and plunged a haphazard squiggle of ketchup onto my sandwich, then skittered away like a crab.

That I’d acted against my own rationally thought-out wishes, was, once I’d found a table and settled in front of my tray, a source of more dread and anguish than maybe I can convince you is true. In that inconsequential moment, sitting in front of a four-dollar lunch, I was almost as anxious as I’ve been at any other moment in my life.

The source of my anxiety was exactly what Kierkegaard says the source of anxiety is: possibility. The awareness that life is a series of choices, any one of which could be either aggrandizing or disastrous. Anyone who has lived past the age of ten knows that even piddling actions can wind up having big consequences, and that even when you are super-conscious of your behaviors, you can’t know how things are going to turn out. That’s the drama of it all.

The problem I have with the Roy Rogers Problem—or, if you prefer, the Vinaigrette–Bleu Cheese Dilemma, or the Häagen-Dazs–Ben & Jerry’s Conundrum—is the part that connects living in doubt to truth. Because if you are one of those people who registers the drama of human agency every time he goes to the fixin’s bar, there is going to come a point at which a receptivity to anxiety crosses over into self-involvement of the nastiest, most radical sort. Greatness, with all due respect to Kierkegaard, isn’t just a matter of having a sensitive consciousness. It’s a matter of having a lot of consciousness. And it’s a matter of using your consciousness to dull the parts that are distracting and harmful and build up the parts that are effectual and courageous.

Daniel Smith is the author of Muses, Madmen, and Prophets and a contributor to numerous publications, including The American Scholar, The Atlantic, The New York Times Magazine, and Slate.