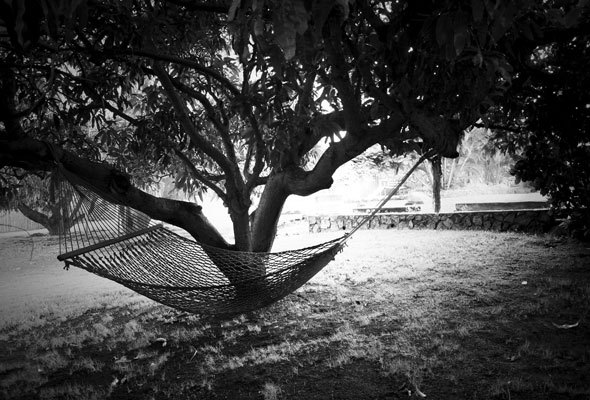 It’s been said that you can choose your friends but not your family. Fair enough. You can, though, choose how you’ll endure the endearing quirks, curiosities, and foibles that make family seem like, well, family. In My Russian Grandmother and Her American Vacuum Cleaner, Israeli writer Meir Shalev, in his plainspoken and wry manner, not only recounts but embraces his relatives and their eccentric ways, particularly those of his family’s dirt-detesting matriarch. Shalev seems to regard his kinfolk with a sort of circumspect infatuation, perhaps most evident in the tales from his time spent on his grandparents’ farm. As he tells it half a century later, it was, by turns, a long, quiet, zany summer of moments strung together by not just tolerance but love–and plenty of it.—Renee Schettler Rossi

This chapter of my life—highly significant, though short—began when I was nine years old. My parents rented the second floor of the Karasik family home, not far from Grandpa Aharon and Grandma Tonia’s house. The room I shared with my sister had a panoramic view of the fields to the southeast and an outsize, sun-drenched porch that could be accessed by climbing out the window over my bed. We moved there at the beginning of the summer holidays.

Tonia was my mother’s mother. She was different. She was distinctive. She was what we call a “character.” She was not an easy person, and that’s putting it mildly. But crazy? No. However, as in other matters, not everyone agrees with me. Other people have different opinions, both in the village and in the family. To everyone’s surprise and pleasure the relations between my father and my grandmother improved—which is to say, they became tolerable. She even came to visit us often. My father would hear her on the stairs and say “Hamati olah,” a play on words that could mean “my mother-in-law is coming up the stairs” or “my fury is rising.” But he said this with a smile, not in anger.

My mother tried to get me interested in farmwork but without much success. Uncle Menahem had given her a small plot of land behind the chicken coop and she planted cucumbers, peppers, eggplant, garlic, onions, and tomatoes for family consumption. Every day she would go out there to work and it was not long before she asked me to help her.

I went willingly. We weeded and cultivated and hoed, but after half an hour I straightened up, leaned on my hoe, and told her, “Now you work and I’ll tell you stories.” She burst out laughing. Several years later I began working with Menahem and his brother, my uncle Yair, more seriously, and even enjoyed myself. But at the time, when I was nine, I showed none of the diligence expected from someone who wishes to be crowned “the son of farmers from Nahalal.”

I was quite content with morning visits to the cowshed, to which my sister and I were dispatched in order to bring milk home. There was always loud music playing in the cowshed because Uncle Menahem had hooked up a loudspeaker that fed from the radio in the house. He said the music had a positive effect on the amount of milk that the cows gave, as well as on its quality. Whenever he wanted to switch from the Voice of Israel to Army Radio or vice versa, he would stick his fingers in his mouth and whistle loudly; his wife, Penina, could hear his whistle in the house and would move the dial to the appropriate station.

While milking, Menahem and Yair would argue between themselves, mimic people, and tell tales about their parents or the neighbors or themselves and everyone else in the village. To my mother’s great pleasure, from the uncles I learned more and more family expressions, most of which were Grandma Tonia’s inventions, and I began to use them. Most especially I liked what she would utter whenever someone died (and always in the feminine, even if it was a man who had died): “She is no longer,” to which she would add, “and it was a terrible death.” These were not exactly mistakes of grammar or medicine; they were her linguistic inventions, which the family adopted with glee.

After school and lunch I would go to Yair, who was and still is my closest uncle. Yair is older than I by only eight years, so we were more like brothers than uncle and nephew. Yair took his afternoon nap outside in a hammock strung between two citrus trees. This hammock was a faded mattress atop an old iron cot to whose corners Yair had welded chains. We would swing on that hammock and doze off in the afternoons when our bellies were full and our bodies tired and the earth gave off heat and the round-shaped Nahalal was like a giant frying pan.

At those hours of the day the village could be compared to a graveyard. Dogs panted in the shade. Chickens fainted in the coops. The humans slept deeply, resting up for late-afternoon work: moving irrigation lines, bringing hay from the fields, the night milking. Even Grandma Tonia stopped cleaning for two whole hours.

We hunkered down there, in my eyes like Huckleberry Finn and Tom Sawyer, and when Grandma Tonia’s light, spiraling snores began, Yair would get up and steal into the kitchen to sneak out a large mug filled with cream and cocoa and sugar before his mother could notice, wake up, and take chunks out of him. Back in the hammock he would whisk it all up with a fork until it became like smooth whipping cream and we would eat it spoonful by spoonful.

I have been young and now am old but I have never tasted anything like that sweet treat again.  In addition to the texture—the smoothness of the cream, the sensuality of the cocoa, the sweetness of the sin and the sugar—it also contained a proclamation of rebellion and independence. Just as the priests had controlled the meat market of the faithful who came to the Temple in Jerusalem during the days of the Bible, so too did the generation of founding fathers and mothers of Nahalal assume control over all things sweet, locking them away in drawers and hiding them on the highest shelves. They even forbade anything sweet from being distributed at the village store—not only due to shortage or savings but for moral reasons as well, so as not to corrupt the souls of the young, turning them into addicts.

Grandma Tonia did not have such morals. Grandpa Aharon, on the other hand, was in the habit of moralizing to his grandchildren every chance he had, though luckily he often did this by way of a story. When we asked for a candy he would tell a story from his childhood in Makarov, when they did not even have sugar, not to mention actual candies.

“We were so poor,” he would announce, “that we all had to sweeten our tea with a single cube of sugar.”

“Did you break it into pieces and divide it up?” I asked.

“No, he replied. “We tied it to a piece of string hanging from the ceiling and looked at it while we drank our tea.”

Our most debauched and desired form of sweets was the ice cream at Tel Hanan. By this time Uncle Micha was married to Aunt Tzafrira and they were living not far from there. Each time we went to see them we stopped for Tel Hanan ice cream, as eager as a yeshiva boy on the prowl for a woman in a strange town. Uncle Menahem had a Triumph Standard at the time, a small and wretched junker that could seat four midgets. But he managed to cram himself, Penina, their oldest son, Zohar, their infant daughter Gila, Uncle Yair, my mother, my sister, and me inside the car, and sometimes even Grandma Tonia and Grandpa Aharon as well. The method was simple: first the adults climbed in and seated themselves, smashed together as best they could, then the children formed a second story on top of them.

Menahem held the steering wheel with his left hand and used his right hand for smoking and shifting gears. Even my mother, who did not yet have her driver’s license, took an active role in the driving: She would stick her hand out the window to hold on to the small gas tank on the roof of the car, from which there was a tube leading straight to the carburetor. The Standard’s fuel pump did not always work so we were at the mercy of gravity. And that is how we would drive, with no one complaining that it was crowded, because everyone wanted to visit Uncle Micha and Aunt Tzafrira and have a Tel Hanan ice cream on the way. Everyone, that is, but Grandpa Aharon, in whose eyes that ice cream was just another terrible luxury.

We lived in Nahalal for two years and two months, and the two grades I completed there—the fourth and the fifth—were the best of my childhood and youth. Mostly I enjoyed the proximity to my mother’s large and tempestuous family in all its colors and stories and memories and expressions and miseries and insults and joyful occasions and score-settling and emotions. When we returned to Jerusalem, to the gray cinder blocks of our tenement, to the city’s mad and blind and orphaned, everything seemed gloomy and sick and depressed after the green-gold days in the village, days of sun and nature, of bodies exposed to fresh air, of bare feet on hot earth, of a boy and stories.

One of Israel's most celebrated novelists, Meir Shalev was born in 1948 in Nahalal, the son of Jerusalemite poet Yitzchak Shalev. His books have been translated into more than 25 languages and have been best sellers in Israel, Holland, and Germany. Honors he has received include the National Jewish Book Award and the Brenner Prize, one of Israel's top literary awards, for A Pigeon and a Boy.  A columnist for the Israeli daily Yedioth Ahronoth, he lives in Jerusalem and in the north of Israel.