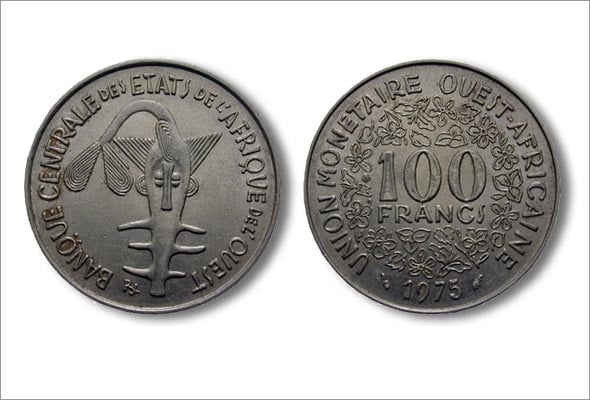 Remember the protruding bottom lip, the tightly crossed arms, the clenched fists that automatically appeared whenever your parents plopped some new food—usually green and usually overcooked—onto your plate and said, in too saccharine a tone, “Try this, you’ll like it!”? If you’re anything like me, no matter how much cajoling or threatening, nary a morsel passed your lips. Momma Leite wasn’t particularly creative when it came to coercing me, her picky eater, into trying new foods. Her tactic? “You’re going to sit here until you finish every last bite.” And when it came to calf’s liver, I’d pout at the table all the while she was at Weight Watchers and as she sat through “All in the Family,” “The Mary Tyler Moore Show,” and “The Bob Newhart Show” until finally my wails forced her to relent, and I slinked away a hungry but free kid. Writer and LC contributor Philip Graham found a unique way to entice his picky eater, Nathaniel, to eat something new in, of all places, a restaurant in Abidjan, Africa. His approach is a mash-up of the tooth fairy legend and the very real currency system of Africa’s Ivory Coast. If only our parents had done the same, we’d all be the richer—literally and figuratively.—David Leite

While Alma and I sat at a white-clothed table beneath dimmed lights in one of Abidjan’s better restaurants and waited to order, I looked across at Nathaniel, skinnier than usual. We had been living in the village of Asagbé for over a month, and our son had already begun accumulating his first Beng words, made several friends, and had settled gleefully into the children’s responsibility of chasing the compound’s chickens to bundle them in their coops for the night. But he found West African food too spicy. He didn’t care for the pasty balls of yam foutou, or the gooeyness of okra, and last week he’d lost interest forever in a savory monkey stew at the sight of a tiny paw floating among the chunks of meat. Rice he’d eat, doused in soy sauce just as he preferred back home, and this was why we’d traveled to the country’s capital and this Vietnamese restaurant that, I guessed, was run by former refugees from either the war with the French in the 1950s, or the Americans in the 1960s.

Alma and I felt the painful irony of our son losing weight because he didn’t care for village food, while too many children in that same village sported distended bellies, malnourished because there wasn’t enough to eat. Every day we offered medicines to the villagers to the best of our abilities, offered food to families in need, yet we also had to attend to our son, help him stay as healthy as possible in case illness struck—malaria, dysentery, or any number of other maladies were common among the Beng. So here we sat in an Abidjan restaurant, about to enjoy a meal that was beyond the imagination of most villagers.

Our white-suited waiter was a Mossi man whose ritual facial scars—long incised lines—ran down both sides of his deeply dark face, from temple to jaw line. A taciturn man, he conducted business without a word, giving up only a nod, a glance or a lifted eyebrow.

We ordered crispy shrimp chips for starters, which Nathaniel munched on happily, and then he dug into a small bowl of rice, but when Alma tried to interest him in a green vegetable whose name we didn’t know, our son wore his stubborn face, a flag to the world that He Would Not Be Moved. A direct approach was doomed, but there might be another way to establish the principle that trying new food is good.

“Too bad,” I said, my sigh exaggerated just enough to catch his attention, “because you’ll never get a reward from the Food Fairy.”

Nathaniel’s eyes searched my face for a joke, or a trap, but I was prepared. “You never heard of the Food Fairy? She’s like the Tooth Fairy, except that she gives children money when they try a new food.”

Before the question could cross his mind, I said, “She’s an African fairy. You’re lucky that you’re here this summer.”

Alma’s lips pressed together. She wasn’t going to let herself laugh, or even smile, but the struggle was clear on her face, and if Nathaniel saw her, all would be lost.

“You mean, how much money?”

He nodded, but I could see this wasn’t a question necessarily fueled by greed; instead my son was testing the perimeters of the tale, a sign that he teetered on the edge of belief.

I almost had him. “Just one whole piece of something new. Just to see if you like it. If you like it, you can eat more. If you don’t, you don’t have to.”

“How do you get the money?”

I guessed he was thinking of the traditional tooth under the pillow—another sign he was circling the hook.

“It just appears, like magic.” I’d figure out that detail later.

Before Nathaniel could consider this too closely, Alma had already forked a carrot cut in the shape of a flower—its odd shape qualifying it as a new food. “Want to start with this?”

While Nathaniel ate, I slipped my hand in my pocket, searching by touch for a 100 CFA coin, very carefully, so as not to let the coins jingle. How many did I have? Alma kept up a patter, asking Nathaniel if he liked it, why or why not, his face turned to her as they talked up the relative merits of the dainty morsel of a petalled carrot. I glanced over my shoulder, on the lookout for our waiter, afraid his stoic face might break into disapproval at the sight of me bribing my child to eat, but he stood with his back to us at the other end of the dining room. I snuck my arm along the side of our table and slipped the coin on the tablecloth beside Nathaniel’s plate. 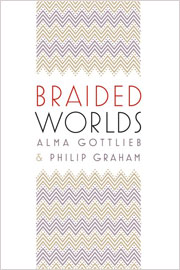 “But you tried it, and that’s what’s most important. The whole thing, and not just a bite?”

“Then the Food Fairy should pay up. Maybe she has already.”

Nathaniel searched the table with a skeptical air, his belief hanging in the balance. Then his eye caught the glint of something nearby hidden beneath the lip of his plate.

He lifted the coin, and Alma gushed, “She came, the Food Fairy came!”

Nathaniel held the coin in his open palm, contemplating its magic with an air of stunned acceptance. Any Beng diviner would have been proud.

“Now,” Alma said, already poking a fork among three or four oddly shaped mushrooms mingled in a sauce, “what else is new for you to try?”

© 2012 Philip Graham. All rights reserved. All materials used with permission.

Philip Graham is the author of six books, including the story collection Interior Design, the novel How to Read an Unwritten Language, a memoir of Africa called Parallel Worlds, and, most recently, The Moon, Come to Earth: Dispatches from Lisbon. He teaches at the University of Illinois, Urbana-Champaign, and the Vermont College of Fine Arts. His brief essays on the craft of writing can be found at philipgraham.net. His kitchen is entirely bordered by beautiful blue, yellow and white Portuguese tiles, and he only drinks Portuguese wine.