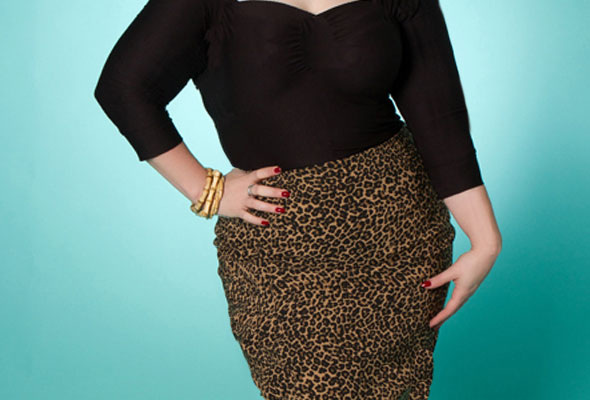 I probably ought to have been nervous. Instead I was ravenous.

I’d just arrived in Nahr Ibrahim, a small town in Lebanon’s northwestern mountain region, and I was sitting at my future in-law’s kitchen table, surrounded not just by food—welcoming bowls of tangy lebneh, smoky baba ghanouj, verdant tabbouleh, and savory triangular meatpies known as sambousek—but by my fiancé, his sisters, and his parents.

It was my inaugural visit to Lebanon, the first time I’d met anyone in Maroun’s family, and I had good reason to be intimated. I didn’t speak Arabic, his parents didn’t speak English. “She’s too blond,” had been my prospective mother-in-law’s verdict some months before, when Maroun had sent her photos of his American fiancée by way of an introduction.

But after a 20-hour journey, I wasn’t frightened. I was hungry. All I could think about was those meat pies that Maroun’s beloved mother, my future mother-in-law and the tremendous cook I’d heard about for the past three years, had made for the occasion.

From Maroun’s stories, I knew that he was “the light of her eyes,” as the Arabic expression goes. They look so much alike, people in their village called him “son of Mona” instead of the more customary “son of Joseph,” after his father. I also knew that when he was a boy, he’d spent ample time with his mother in the kitchen, talking to her as she cooked. I could only imagine that Mona might find no woman good enough for her only son.

Yet despite my impending mother-in-law’s apparent lack of enthusiasm for me, I’d clung to the notion that once we met, the two of us would get along. We’d stand side by side at the kitchen counter—I tall and fair, she short and dark—and, without words, bond through cooking as she imparted generations of culinary traditions to me. It was as simple as that, at least in my imagination.

But now here she was, standing in her red high heels, tight leather skirt, and brazen leopard print, staring at me in my Dansko clogs, L.L. Bean cords, and quiet earth tones—one hand on her hip, the other offering the platter of savory stuffed dough. Maroun’s father and three sisters watched me, too, although they were smiling. Everyone was smiling, save for Mona. She bore an inscrutable expression, seemingly sizing up this slender blonde with the transparent eyebrows and pink, freckled skin. I felt as if I’d just sat down to take a test for which I’d forgotten to prepare.

Undaunted, I bit into a meat pie, letting the cinnamon and pine nuts linger on my palate. When I asked Mona for seconds, I thought I detected something resembling the precursor to a grin, but I couldn’t be certain. After all, I was hungry—though not so hungry that I didn’t notice that the more I ate, the happier they all seemed to become, Mona included.

In the days that followed, I ate my way around Maroun’s hometown, stopping at falafel stands and friends’ homes as my fiancé introduced me to the flavors of his youth. I was charmed by the names of each of the foods I encountered. I learned that znoud el sit, which translates to “ladies’ arm fat,” is deep-fried cream-filled phyllo, and a thing of beauty to Arabic men, apparently. I learned that silken eggplant filled with tomato and ground lamb, my favorite thing, is aptly named sheik el meshe, “the sheik of all stuffed things.” I also learned that doughy manoushe breads are best when rolled up with olives, fresh mint, and tomatoes; that the sweet rice pudding meghli is an inspired Christmas tradition; and that a breakfast of k’naafeh, a sweet string pastry of sorts, is indeed the perfect restorative following a New Year’s Eve spent dancing on tabletops in spirited Lebanese fashion.

But the most memorable culinary experiences I had were those in Mona’s kitchen. In the late afternoons, Mona would return from her job as a receptionist and head straight for the kitchen. Still in office attire, she’d spend the next three or so hours in her after-work relaxation routine of chopping parsley, sautéing beef liver, and rolling dough, pausing only to step away from the food, lean against the counter, and drag deeply from her Marlboro, a remote, contented look in her eyes as she exhaled plumes of smoke out the window.

She seemed accustomed to being left alone in the kitchen, and I hesitated to intrude on her domain. But Maroun would nap for hours. And I was lonely. So each afternoon I’d slink into the kitchen, take a seat at the table, and try to lose myself in a book, only to look up now and again when I heard her knife’s staccato slicing or the sharp click as she opened a jar of tomatoes she’d canned late last summer. Sometimes Mona would abruptly call me to the counter and silently demonstrate how she stuffed sheep’s intestines with rice and chickpeas for the classic peasant dish ghammee. Or she’d beckon me to the balcony, where she’d just placed her baked version of the sambousek pies. She took pride in her creations, and surely she could tell I was interested.

After a few days of this, she began to greet me with a smile as I entered the kitchen, press her palm against my abdomen, and say in Arabic, “Hungry?”

“Yes!” I’d answer, and we’d giggle at this simple conversation, the same exchange we had every day.

I reveled in our shared routine. The bonding didn’t happen quite the way I’d thought it would, though. Instead of getting cooking lessons, I simply got fed. Frustratingly, I wasn’t attaining as much cooking prowess from my time in Mona’s kitchen as I’d hoped. Her small, ringed fingers would deftly roll grape leaves before I could note her technique, and I didn’t understand a word of the labels on the spices and jars she pulled from her cupboards. We both bemoaned the language barrier that kept us from communicating, although Maroun seemed to think that my having mastered “ana j’anaeh” (“I am hungry”) and “kteer taibeen” (“very delicious”) was sufficient.

As our days in Lebanon drew to an end, the courses at dinner seemed to grow in number and complexity. Maroun would tap my arm gently after I’d tucked into several mezze, reminding me that many more courses were still on their way. No matter. Lambs’ tongues. Sheep’s intestines. Tahini fish. Little larks with their delicate, crunchy bones. I devoured each with equal gusto as it arrived. His sisters coached me to reach far across the table to grab what I wanted, as was their way. I couldn’t bring myself to do that, though, so Mona became my protector, making sure I got whatever I wanted.

On one of our last nights in Lebanon, Mona swept in like a hawk catching prey for its young, handing me a bowl of baba ghanouj and uttering something I didn’t understand in Arabic.

“What did she say?” I asked my fiancé.

“’I love Liz because she eats!’” he translated.

She’d confirmed what I’d begun to suspect. I smiled.

Maroun’s father ignored this exchange as he continued to peel shrimp and tangerines for me and then poured me a shot of arak from his bottle. “We wish you to be married!” he toasted in practiced English.

I raised my glass, and suddenly, for the first time since I’d arrived, I realized I felt full.

Elizabeth Kelsey is a communications specialist at Dartmouth College. Her freelance work has appeared in The Miami Herald, Ode, Relish, Women’s Running, Edible Green Mountains, New Hampshire Magazine, among other publications. She's currently working on a memoir about her intercultural marriage titled From Lebanon to Lebanon (New Hampshire).