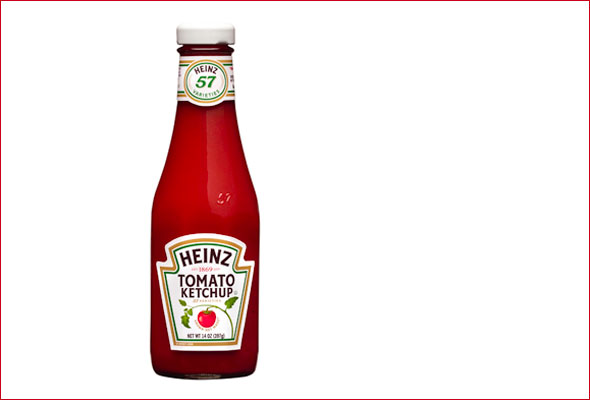 When Spanish tapas maestro José Andrés uttered the words, “Everyone else in the world still thinks of American food as ketchup,” I don’t think he intended the statement as a compliment. But I’m taking it as one anyways.

I’m fed up with people taking the condiment for granted, considering it somehow unworthy of higher praise just because it happens to be the perfect accoutrement for a burger and fries. I’ve had it up to here with food snobs vilifying ketchup, trash-talking the sweet, sharp, seductively smooth stuff as if it were an uneducated rube slobbering all over their fancy fare.

Thing is, usually I’d be right there with all you wannabe top chefs and urban homesteaders, brewing my own DIY version. You’re talking to a girl whose refrigerator currently strains to contain half a dozen jars of pickled vegetables, home-canned jams and jellies of every stripe, and several chunks of home-smoked pork. I could start a new movement called Overdo It Yourself.

But my Pittsburgh upbringing makes me chafe at the thought of replacing my Heinz bottle with a Mason jar. In Pittsburgh, home to Heinz since 1869, we treat ketchup as the national treasure it is. I learned to recognize the Heinz name when I was a school kid, just as I was instructed in the exploits of the Fricks and Carnegies and committed to memory the heroic acts of Bradshaw, Lambert, Greene, Harris, and other Steelers heroes. I heard the stories of those who stuck around when things got bad, and I was taught to respect and support the people and companies that helped our blue-collar city make it through the tough times.

No matter where in the world I am—getting tipsy in an old stagecoach saloon miles from anywhere in the New Mexican desert, whiling away an afternoon under the dim bulbs of a Chicago dive bar, popping into a Glasgow chip shop at one in the morning—the sight of a bottle of Heinz evokes a primordial reaction, a frisson of happiness, within my chest. And each time I dip a fry in that glorious crimson suspension, it’s akin to renewing a blood oath.

But since it’s not easy to explain this kind of loyalty on the fine print of a ketchup label, I fear the Pittsburgh pride and tradition are lost on farm-to-table acolytes, whether from Salt Lake City or Barcelona, who see ketchup as a trailer-park condiment. In their eyes, making ketchup from scratch is the only way to shed its down-market sensibilities. Chefs like Andrés talk about “embracing and celebrating” ketchup, yet his high-end homemade renditions call for cherries and oysters. What?

Even Heinz itself has kowtowed to this snobbery with variations that downplay ketchup’s less-than-classy stereotype. The “upscale” varieties, like its organic and “Simply Heinz” ketchups, are panaceas for acolytes of Michael Pollan, while its balsamic vinegar–enhanced version—formerly exclusive to those fancy ketchup-loving lads in the United Kingdom—sold so well that it made the jump across the pond last year.

This high-end gloss doesn’t sit well with me. As a native Pittsburgher, a peacekeeper, and a lover of Americana, I say to the snobbish detractors: Why do you feel the need to fool with something that’s just fine as it is? Their renditions disown the ruddy condiment rather than honor it. Besides, my Steel City–honed taste buds have yet to find a homemade version that replicates the nostalgic tang and spice—not to mention the pendulous weight—of the sauce that globs out of the glass when you hit the 57 just so. The heritage adaptations might be fine tomato sauces all, but to me they simply do not constitute ketchup.

Not only is Heinz ketchup tasty on its own merits, it’s critical to our national culinary identity. Diner breakfasts would be nothing without that iconic dollop of sweetness alongside hash browns. Memorial Day cookouts lose a little something when a certain squeeze bottle goes missing from the lineup. And perish the thought that a French fry without a sauce-tinged tip should ever pass my lips. Ketchup is a comforting symbol of our red-blooded right to eat good home cookin’ like meatloaf and grilled cheese. Ketchup democratically unifies the fat-cat steakhouses and mom-and-pop burger joints under one common condiment. Ketchup may not be a vegetable, no matter what the USDA may have once tried to tell us, but it deserves a little respect.

We Pittsburgh kids learn early on to hold our heads high and not deny our heritage, no matter how second-class it may seem to the rest of the country. It may seem an impossibility, but I await the day when the entire United States feels that same swell of pride that rises in my heart when I see a bottle of Heinz. Call me a sentimental fool, but that kind of loyalty tastes really good to me. Hey, a girl can dream.

© 2013 Casey Barber. All rights reserved. All materials used with permission.

Casey Barber is the editor of Good. Food. Stories. and the author of Classic Snacks Made from Scratch: 70 Homemade Versions of Your Favorite Brand-Name Treats, as well as a food writer and recipe developer whose work has appeared on Gourmet Live and in ReadyMade magazine. A Pittsburgh native through and through, Barber says her standard order at Primanti’s is kolbassi with extra coleslaw washed down with an I.C. Light.