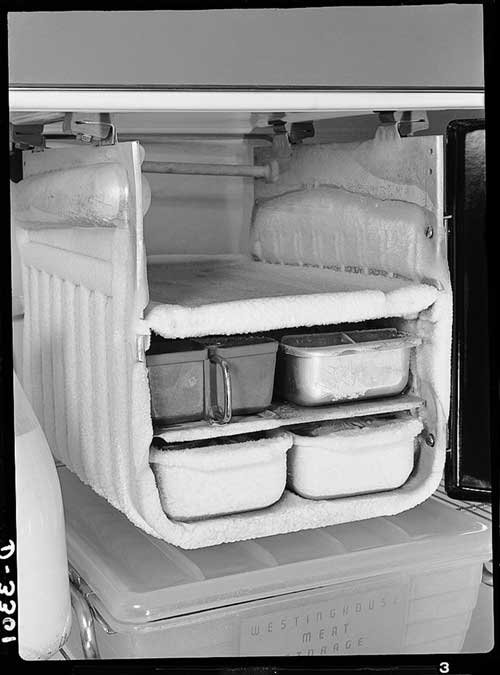 Diet. The word tends to summon all manner of undesirable scenarios and sentiments. And no wonder. It’s got the word die in it—which, not coincidentally, is what many of us wish to do the moment we embark on a diet. Ironic, then, that the term actually comes from the Old French (yes, from the land of butter and pastry and cheese). It’s from the word dieter, which in turn relates to diaita, ancient Greek for “a way of life.” Gardener and writer Margaret Roach knows this way of life. Not one of deprivation, mind you, but one that falls in step with the seasons—although this time of year, deprivation and that sorta diet may seem synonymous. Here she indulges us with what her Freezer Diet, which she also fondly refers to as her Give-Winter-the-Finger Diet. More, much more, of her profound philosophical gardening guru-ness and occasional goofiness can be found in her book The Backyard Parables.—Renee Schettler Rossi

I am on the Freezer Diet. In gentler days the regimen will be replaced by the Asparagus Diet, the Snap Pea Diet, the Green Bean Diet, the Kale and Collards Diet. For decades I have tried to eat in season, and this is freezer season, a time when the garden manages to provide anyhow, despite prevailing conditions. Make do with what you’ve got, no? I began eating locally and seasonally in my twenties, inspired by the teachings of macrobiotics, which I practiced for perhaps a half dozen years. But Michio Kushi wouldn’t call eating from the freezer “in season,” exactly, and would especially disapprove of my store of tomato sauce, cooked up from one of those naughty, oh‑so‑yin nightshades, or solanaceous crops, that were basically taboo in the yin-yang macrobiotic system.

The Freezer Diet isn’t bad, really— it’s not like vintage TV dinners (though I do confess a past addiction to that little hollow that held the apple crisp, and how the mashed potatoes overflowed the boundary of their molded foil well to marry, all bubbly and hot, with meatloaf gravy). The Freezer Diet might actually be called the Give-Winter-the-Finger Diet, and I am delighting nightly in doing just that, especially pleased that I mixed it up last August through October while stocking the shelves. I am no different from the red squirrel who had ambitious caches of green conifer cones, but wasn’t satisfied yet. He’d add some fungi or perhaps an apple (first setting each foodstuff high in a tree branch to cure, his slow-tech dehydrator). Following his energetic lead, I, too, have varied and colorful choices, each a distinct taste of brighter days. 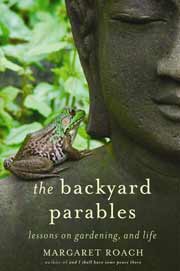 Red sauce, applesauce all pink from the bright skins, frozen herbs, soup base with tomato, vegetable stock, two finished soups (sweet potato with kale and chard at the moment, and I think I saw some lentil), some kind of stir-fry or a curry made from whatever there was too much of to keep up with when it was fresh— when supply outpaced demand, the inverse of this moment of the year. If the crystal palace of widemouthed Weck and straight-sided, shoulderless Mason jars stacked inside my two 6.5‑cubic-foot repositories is any indication, I had a bumper crop of green beans and a yellow crookneck squash, in particular, the latter a warty kind that sprouts every year in nearly the same spot, defying me to say no to its increasingly enthusiastic land grab, even though I don’t know its name or where it came from. Could it be ‘Early Summer Yellow Crookneck,’ a real old-timer probably grown by Native Americans, or more likely that heirloom variety accidentally crossed with a winged gourd I once tried here? It seems to really like me; something to be said for enthusiasm, no? The green and the gold pieces found their way for just a minute or so into a pot with a nearly ready, bubbling-hot mix of onion, garlic, and tomato, and then into a long winter’s nap. The undercooking of the last-minute additions (my beans and squash)—like merely blanching them, but in an impromptu red sauce—is the key to the vegetable bits arising not so mushy at reheating time. The freezer as scrapbook; each jar a memento with shreds of a lost season’s story inside.