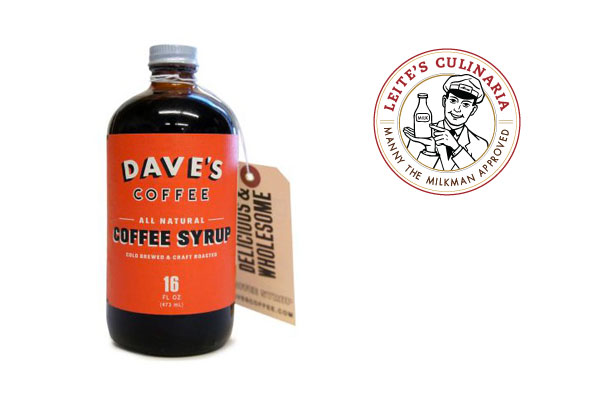 I grew up in a triplex—along the South Coast of Massachusetts, we all called them “tenements”—with my parents on the second floor, my grandparents in the extension, and my godparents on the first floor. That meant six huge, often certifiable personalities squeezed into 3,500 square feet. If you figure in me and my cousins, Barry and Wayne, we’re talking 388 square feet per ego. And we kids never, ever got our full share.

My godmother, Dina, was the kind of broad they wrote musicals about. I have this indelible image in my head of her standing in her kitchen, wearing a tatty housecoat and slippers with crushed knitted daffodils, holding a cup of coffee. A Viceroy cigarette bobbed from her mouth, its tip stained fire-engine red from her lipstick, as she stood and gossiped with her gaggle of foulmouthed followers, all badly in need of anger management. (Think the Regina George character in Mean Girls, but more street.) If Dina sipped coffee, Joanne and Jackie sipped coffee. If Dina took a drag, Claire took a drag. If Dina decided the next-door neighbor was “trash,” they all thought the next-door neighbor was trash. I loved it, and I loved her. Dina would sometimes say, “Hey, kid, go play in traffic!” and I felt so cared for, so adored, I halfway considered her imperative.

By the age of six, I somehow got it into my head that coffee equaled power and popularity–the kind that Dina wielded like a butcher’s knife—or, at the very least, that coffee was the drink of the imperious. The only problem was if my mother caught me drinking the Devil’s Breakfast Brew, she’d drop-kick my ass halfway into next week, making any mini power trip or chance to steal a few more square feet from the rest of the family impossible. When I was finally away at college, miles and years from any maternal threat, I tried to make coffee a habit but failed. I’m just not a huge fan, except on Sunday mornings when it’s served along with a plate of The One’s pancakes, or eggs over easy at The Split Rail in Woodbury, Connecticut. But all this time, I’ve always been able to drink the milky version of Dina’s Coffea arabica power—coffee syrup.

What is it? Think chocolate syrup for the hipster set. It’s a reduction of black coffee and sugar that you mix into ice-cold moo juice for a sweet, kick-ass shot of rocket fuel that kids and adults love. When I would sit at Dina’s Formica table, with its blue tuft design, I imagined myself a little prince as she poured the inky syrup into a Flintstones jelly glass, flooded it with milk, and then gave it a swirl. Even as I sat there, an unlit Viceroy hanging from my mouth, I could never bend Barry, who was five years older than me, or Wayne, who was five years younger than me, to my will as Dina did with her Mean Street Girls. But that didn’t stop me from trying.

If you’re not from New England—specifically, if you’re not from the South Coast—coffee syrup is probably new to you. I’ve been away so long I’d forgotten all about it and its heady power-trip associations until my high school friend Suzanne Fortier brought a bottle of Dave’s Coffee Syrup with her during a recent weekend stay at our place in Roxbury. Oh, the memories! Oh, the paradise found! Dave’s wasn’t around when I was a kid, and Dave Lanning, the guy with the hyper-caffeinated grin (just click the link on his name), is probably years younger than me. Nonetheless, about a decade ago he started a family-owned, certified-organic company that began putting out the ultimate coffee syrup. Unlike the brands I grew up with, which are still filled with high-fructose corn syrup, caramel color, flavoring, etc., Dave’s is made of nothing more than cane sugar and cold-brewed coffee. Period-o.

Because it makes that sassy godmother of mine come alive again, because it’s far healthier than anything I ever drank (just say no to Autocrat and Eclipse coffee-syrup brands), because it has the coolest retro label, I decree Dave’s Coffee Syrup the recipient of our first-ever on-air Leite’s Loves…recognition. Dude, may you live on in caffeinated joy.