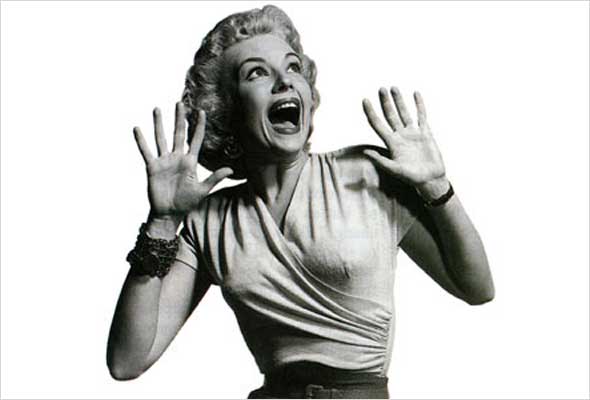 If only there’d been a cameraman with a handheld stalking me, recording my actions in grainy, jerky movements. If only there’d been creepy, atmospheric music, with screechy violins scratching out octaves shriller than the human ear can endure. If only there’d been you, watching me through the cracks between your fingers, your heart racing, your skin clammy, the hairs on your neck standing straight out as you shouted, “NOOOO! Don’t open that doooor!”

But you weren’t there to warn me. And I opened that door and beheld the horror entombed behind it.

It’s been awhile since I cleaned out my spice cabinets.

Frankly, it would be less humiliating to invite you to scrutinize my underwear drawer than my spice collection, a decade’s worth of dead and dying spices. It would be much more uncomfortable for you to glimpse the optimism bound up in each purchase, the cuisines I yearned to conquer, the exotic dishes I planned to make.

Although I did make those recipes.

Okay, I tried a few.

You’ll note that I said “cabinets,” plural. Not “cabinet,” singular. I could start my own spice boutique with their contents. Rather, I could start my own antique spice boutique, if spices only aged as grandly as wine and cheese. Though I know a decade has done nothing to improve the quality of these powders, the longer I’ve held onto something, the harder it becomes to throw it away.

To discard unused spices makes me feel like a wastrel throwing away magic. Not eye of organic newt and toe of free-range frog. I’m talking epicurean enchantment. My stash of packets and bottles of powders reveals an array of dusts, pastes, roots, and whatnot, each of which imbues the food of a region or a country with its signature flavor. Biryani, without the cumin, cardamom, cinnamon, turmeric, saffron, chile powder, and ginger, is nothing more than a honkin’ big dish of rice with chicken and vegetables. Omit the cinnamon, cloves, and nutmeg from pastille, and you essentially have pigeon wrapped in a flaky crust—and doesn’t that sound appealing?

As I cast an eye toward the Chamber of Neglect, I reflect. Oh, mahleb. When will I get around to using you? What about you, za’atar? Guascas? Peepal? Amchoor powder? Asafetida? Consider asafetida. One look at the word and you can guess how it smells. You’d never blithely toss it into a pot of chicken soup, yet when it teams with cumin, coriander, and fenugreek, they all conspire to work some culinary alchemy. I used it when I made sambar in culinary school and loved the results, so when I discovered it in an Indian market, I just had to get some. Now it sits, like so many of its tasty, albeit far more fragrant, neighbors, languishing from neglect.

It isn’t fear alone that grips me as I approach these spices. It’s intimidation. Because of the dear price I’ve paid for them, and the sheer exoticism of their provenance, I’ve let these spices get the better of me. I fear that I won’t be up to the challenge of putting them to good use, and that the money I spent on them will have been squandered. I ask myself how many other ingredients must I buy just so I can use these spices? And what do I do with what’s left of those items after I’ve measured out a small portion of them for a particular dish? Yet I still end up wasting the money by leaving the spices to wither. Adjusting for inflation, I’ve no doubt shelled out as much on this collection of exotic essences as Vasco da Gama spent for the stash of black pepper and other spices he loaded onto the good ship São Gabriel during the Age of Discovery.

I face the spice cabinet, take a deep breath, fling open the door, and rake all the bottles and packets out onto the countertop. Thus begins the reckoning.

“Coriander, I can’t smell you, so you are dead to me. Farewell!” I fling the dusty bottle across the kitchen and it ricochets into the trash. That was satisfying, but I’ll probably miss next time and either smash a bottle or clobber a cat. So I drag the garbage can over to where I’m working.

“Nutmeg, you taste more of dust than of autumn. I banish you forever!” And so it goes, until every last ghost of a flavoring has been exorcised. Not even the most expensive item in the collection do I spare.

“Adios, saffron, pride of Spain.” With the flick of a wrist, the precious packet discovered in a tiny market abroad, disappears into the void.

I survey the remaining ingredients left at my disposal and cackle with glee. And then I pull out my cauldron and work some magic.

Carol Penn-Romine is a food writer whose work has appeared in Best Food Writing 2013, Gastronomica, Cornbread Nation IV: The Best of Southern Food Writing and several magazines within the Edible Communities family. When last you encountered her, she smelled of freshly-caught fish. You can see what else she’s up to at www.hungrypassport.com.