This easy Cincinnati chili is made with ground beef, onions, spices, and dark chocolate, as the main ingredients, and is served on spaghetti and smothered with cheese. (You heard us right.) And folks are calling it the best Cincinnati chili they’ve ever had.

One of the most popular chains of Cincinnati chili parlors—yes, they call them parlors, isn’t that quaint?!—in Ohio is Skyline Chili. If you’re ever driving past, we suggest you make a detour and dally long enough to sit down and have a bowl full.] The chili is served atop spaghetti and is smothered with shredded cheese. And the chili itself is different than what you’re accustomed to calling chili. It’s spicier—as in full of warming spices like allspice, cloves, and the like. It’s dicier—as in punctuated with wee bits of ground beef rather than hulking behemoth chunks of chuck. It’s runnier—as in much soupier than the stick-a-spoon-in-it style of chili to which you may be accustomed. It’s chocolate-ier—as in graced by the enveloping and oh-so-slightly sweet goodness of dark chocolate that rounds out the spices and lends a slight mole-like character to the whole shebang. Oh, it’s less bean-ier, too—they get added later, as an optional afterthought. Still, despite its questionable right to the name “chili,” we really, really like this little number. Here’s how you’ll find it—and need to order it—in Cincinnati: 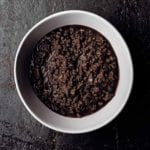 Cincinnati chili is a food group unto itself, and it's one you're going to want to try. Trust us on this one. And all of the variations just get better and better as you go.
Prep 20 mins
Cook 1 hr 20 mins
Total 1 hr 40 mins
Mains
American
8 servings
427 kcal
5 from 1 vote
Print Recipe 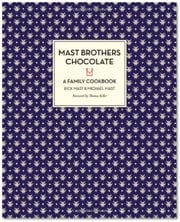 This Cincinnati chili is the very best that I’ve ever had and my wife is in complete agreement. Try it for yourself—whether you’ve had Cincinnati chili or not, you’ll fall in love with it. Having recently moved from Cincinnati, I’m thrilled to report that this chili recipe, while not an exact copy of the Skyline and Gold Star chili of Cincy, is in my estimation, a perfect tribute. The only difference is that there’s perhaps a bit more chocolate and no cinnamon.

It may be tempting to skim the fat at the beginning, but a bit of fat won’t kill you, and it’ll be far easier to remove after it cools and rises to the surface. I served this wonderful chili over spaghetti with finely grated sharp Cheddar cheese. I also prepared all-beef hot dogs in butter and traditional cheese coneys. Put your hot dog on a bun, add a nice squirt of yellow mustard, a generous amount of chili, some finely grated onion, a mountain of grated cheddar, and a bit of hot sauce, if you please.

This chili, like most one pot concoctions, improves dramatically with age.

This is a fabulous Cincinnati chili recipe that’s incredibly simple to make. I loved that the most preparation I had to do was chop an onion. The magic is really created during the nearly 1 1/2 hours of simmering time. The end result was a luscious, velvety chili with a hint of chocolate.

After browning my lean beef, there wasn’t that much fat in the pan, so I just left it in, and I think it lent a richer flavor to the chili. All in all, this is a delicious recipe, and you can make it in a cinch. What I especially like about it is that it’s not too heavy. A bowl of bean-laden chili can be a lot to get through, so I prefer this bean-less recipe. My boyfriend and I needed a little bit more spice, so if we make it again, we’ll definitely double, if not triple, the amount of cayenne pepper. However, it’s lovely without the heat as well—it just depends on personal preference.

And here I thought I had the best Cincinnati chili recipe! This one is simpler and tastier. I followed the directions precisely and served the chili with buttered pasta, grated Monterey and Cheddar cheeses, chopped onions, and warmed black beans on the side, and the family had fun making their plates to their individual likings.

This Cincinnati chili recipe was quite tasty and very easy to prepare. The combination of spices with the chocolate and sherry vinegar resulted in many interesting layers of deep, dark, luxurious flavors.

My one suggestion would be to add the chopped chocolate about midway through simmering. This will allow the chocolate to be better incorporated into the chili. We found that adding it at the end of the cooking period made the chocolate flavor a bit too pronounced.

We served the chili with some plain orzo and grated Gruyère cheese, which paired very well.

This recipe for Cincinnati chili was spot-on—a perfect blend of deep flavor and richness. I fell in love with Cincinnati chili when I was in college in Kentucky. I had some good friends from the Cincinnati area, so I was quickly introduced to this spiced chili containing chocolate and warm spices. I love the options for toppings as well: Cheddar cheese, red onion, and sour cream.

This is a chili rich in tradition that I’ll certainly be making time and time again. I served it over whole wheat spaghetti and there was nothing but compliments around the dinner table.

I love chili, and I’ve wanted to try Cincinnati chili ever since I sampled the famous Skyline Chili in Cincinnati this summer. This recipe is easy to make and tastes even better the second day because the extra time allows the rich chocolate and chile pepper flavors to really develop.

While it isn’t exactly the same as Skyline’s chili, I think this recipe reflects the spirit of the Greek-influenced chili. I didn’t drain the onion and beef mixture before adding tomato sauce, which resulted in a soupier chili. I also substituted a balsamic vinegar for the sherry vinegar, which didn’t seem to make a huge difference. My final modification was based on my recollection of the Skyline version: I added 1/2 teaspoon ground cinnamon, which rounded out the flavors.

The chili is delicious served on spaghetti with kidney beans, onions, and Cheddar cheese. However, it’s not your traditional chili recipe—with the chocolate, it reminded me more of mole.

I saw Cincinnati chili featured on a cooking show some time ago and didn’t give it a second thought until this recipe came up for testing. I did a little research and found that this style of chili is famous in what are called “chili parlors” in Ohio, which are numerous and each serve their own versions. I served it over spaghetti with pinto beans and Cheddar cheese, and my tasters said it was awesome. I found this recipe to be the perfect blend of spices and will be including it in my rotation of regulars.

Some purists may feel that the recipe isn’t the traditional preparation, but we all cook in our own way, and I found this interpretation to be very appealing. It can be prepared quickly and doesn’t require a lot of attention.

When browning the meat, I used the back of a spoon to break up the chunks since the meat should be very fine. I didn’t find it necessary to drain the fat, as most of it had cooked off, and I figured what was left would add flavor. I used 73% lean ground beef and added only 2 cups stock and I personally thought the consistency to be perfect (similar to a good homemade tomato sauce). I’d suggest starting with 2 cups and letting it simmer before adding more to taste. I used red wine vinegar instead of sherry vinegar, as that’s what I had on hand. Leftovers can be stored in the fridge for a few days or frozen for later use then reheated slowly.

If you’re looking for a delicious, easy-to-prepare Cincinnati chili, this fits the bill perfectly. There are a lot of flavors going on in this recipe, but they all meld together well. I’d make this the day before you intend to serve it for added complexity. I served this with macaroni, Cheddar cheese, and a dollop of sour cream. I encourage you to make this the next time Cincinnati chili is calling your name.

This is a pretty straightforward recipe for Cincinnati chili. I served it over spaghetti with onions, cheese, and beans. The addition of sherry and chocolate at the end is a nice touch. I only used 1 tablespoon oil to sweat the onion. I didn’t discard any fat from the ground beef, but since I used an 80/20 mixture, there wasn’t that much fat. I used Roast Chicken Stock, as I didn’t have any beef broth on hand, and with so many spices, I don’t think it made a big difference.

I don’t purport to be a Cincinnati chili expert, but I am from Ohio and feel I do have some experience to draw from. Overall I thought this was good. This version doesn’t add cinnamon, but the chocolate is critical to developing the richness of the spice blend. It has a mild heat and isn’t oversaturated with cumin as I find many other types of chili recipes to be.

As I would with any Cincy chili, I strongly advise serving this with the pasta or another starch (we served ours over baked potatoes). You need something like that to counterbalance the deep, complex flavors. Of course, shredded cheese, sour cream, raw onion, and beans are must add-ins!

My only true recommendation to improving on this recipe was to add slightly more liquid–presumably more broth–as it got a little thick for my taste. You don’t want it runny, but what I ended up with was fairly “stiff,” especially after it sat for a period of time.

I used grass fed beef at a 85/15 and I still drained off over a cup of fat and moisture. It’s a good thing or it really would have soup. I blame my results on the tomato puree being too thin—I think that is what made the chili so thin. I will watch that the next time. For sure.

Now, down to the brass tacks. This chili had a good taste and i am wondering if the allspice is what makes it Cincinnati chili or what? I have never made chili with allspice as an ingredient—down here we use allspice in our crab boil and in crawfish dishes. So, that was our immediate reaction—what is this? This isn’t right.

When I make this again, I will turn down the heat a bit—I used New Mexico Red Chile Powder and it has a kick along with that cayenne. And I will either eliminate the allspice completely or dial it back by half. But then, I would have Baton Rouge Chili and NOT Cincinnati chili! Over macaroni. With oyster crackers. And chives. And sour cream. And avocado. Now that’s some chili!

My chili was more like chili soup. Advisors told me it was supposed to be, um, thinner than the usual chili. I took some of the chili from the pot after it had cooked the one hour and we tested for taste. It was good—for a soup! I then let it simmer for another hour and we were talking my idea of chili!