This breakfast pizza is quite simple to make from scratch with pizza crust loaded with bacon and eggs and cheese. Sounds like all the makings of a proper breakfast to us. It also seems like a pretty darn good reason to get out of bed. 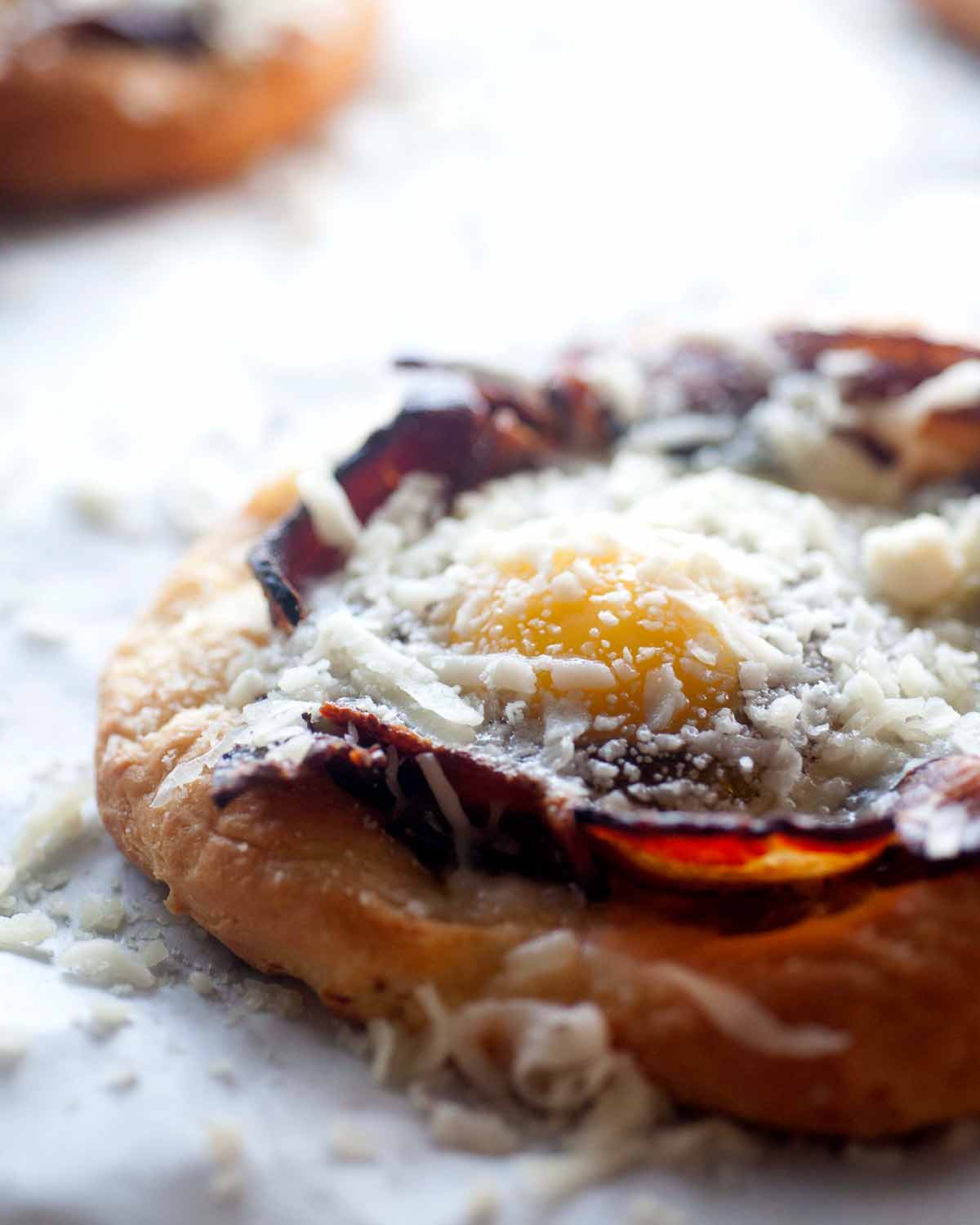 This breakfast pizza recipe was devised by baker Joanne Chang as an alternative to the many buttery, sugary, sweet breakfast treats that she offers at Flour, her beloved bakery with locations throughout Boston. The breakfast pizza brilliantly caters to those customers who sorta need bacon and eggs in the morning but in a grab-and-go sorta fashion. Of course, we prefer to linger over it while seated at the table, but that’s just us. As Chang says, “it’s a bit of a messy breakfast, but you won’t care once you taste how good it is.”–Renee Schettler

What makes brioche different from other bread dough?

Chang relies on rich, buttery, ever so slightly sweet, indulgent brioche dough for this breakast pizza, which she allows to rest overnight in the fridge before she stretches and pulls it like pizza dough for this breakfast creation. Soft, pillowy, and golden, brioche is an enriched French dough that’s used for everything from artisan hamburger buns to seriously good French toast. What sets is apart from other breads is the amount of eggs and butter used in the dough. That is—a lot of butter and eggs. Brioche has a soft texture and a sweeter taste than a lot of other breads, making it an excellent choice for recipes like this one.

Though homemade brioche is lovely here, we’ve swapped it out for our most trusted pizza dough and we’ve heard no complaints. Either serves as a magnificent platform for a bacon pizza blanketed with cheese and baked until the eggs are barely set. 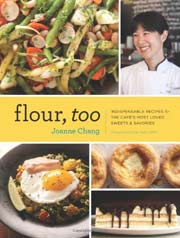 Preheat the oven to 300°F (150°C) and place 1 rack in the center of the oven and another in the top third of the oven. Line a rimmed baking sheet with parchment paper.

Arrange the bacon slices in a single layer on the prepared sheet and bake for 20 to 30 minutes, or until the slices are about half barely crisp and half a little bendy. Remove the bacon from the oven and let cool.

Stretch the inner part of the circle so that it’s quite thin and shape the edge of the circle to create a rim that will contain the runny egg. The center should be almost paper-thin. Place the dough circle on 1 of the prepared baking sheets and repeat with the remaining dough squares, spacing them 2 to 3 inches apart and using both baking sheets.

Using the back of a spoon, spread 1 tablespoon crème fraîche over the base of each circle of dough, spreading it evenly over the base but leaving the raised rim bare. Cut the bacon slices in half and press 3 half slices bacon up against the rim of each circle of dough to create a reinforcing bacon wall just within the rim. Divide the caramelized onions evenly among the circles of dough, spooning and spreading the onions next to the bacon but leaving the center of the circle bare except for the crème fraîche.

Bake the pizzas for about 15 minutes, or until the edges of the pizzas start to turn light brown, switching the baking sheets between the racks and rotating them back to front about halfway during baking. Remove the baking sheets from the oven and carefully crack an egg into the center of each pizza. Sprinkle about 1/4 cup mozzarella on top of each pizza, covering both the egg and the exposed rim of dough.

Bake for another 8 to 10 minutes (again switching the baking sheets between the racks and rotating them back to front about halfway through baking) or until the cheese has melted, the edges of the egg are cooked but the yolk is still wiggly, and the edges of the pizza are golden brown. Remove from the oven. Let the pizzas cool for 8 to 10 minutes to allow the eggs to set up a bit before serving. Originally published February 5, 2014.

I absolutely LOVE this breakfast pizza. I used my favorite pizza dough recipe—the one from Jim Lahey. [Editor's Note: You'll find this recipe when you click on the link in the ingredient list above.] This recipe is simple and perfect. Do yourself a favor and don't rush the dough. You could certainly use other meats and cheeses, but if you love bacon and eggs, this needs nothing else. Using the bacon to dam the egg is a great idea and works as planned. Make extras, you'll need them!

For this breakfast pizza recipe I made the crème fraîche, bacon, caramelized onion, egg, and mozzarella version using brioche dough. I would suggest that instead of cutting the dough into 8 squares, it might be easier to weigh the dough and then divide it into 8 pieces of equal weight.

I tried to cook the egg so that the yolk was still runny, but didn't manage to do so. The additional 8 to 10 minutes baking was inadequate to cook the egg, though by then the brioche crust was a bit overdone. Therefore, I would suggest giving the crust less than 15 minutes initial baking time and adding the egg sooner, and then continuing to cook until the egg white has set.

However, I really enjoyed these pizzas. I thought my brioche dough added a nice sweetness, and I would definitely make them again.

Back to Breakfast Pizza on Leite's Culinaria