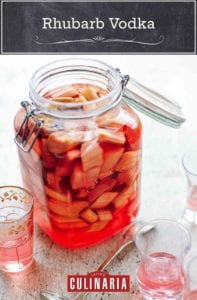 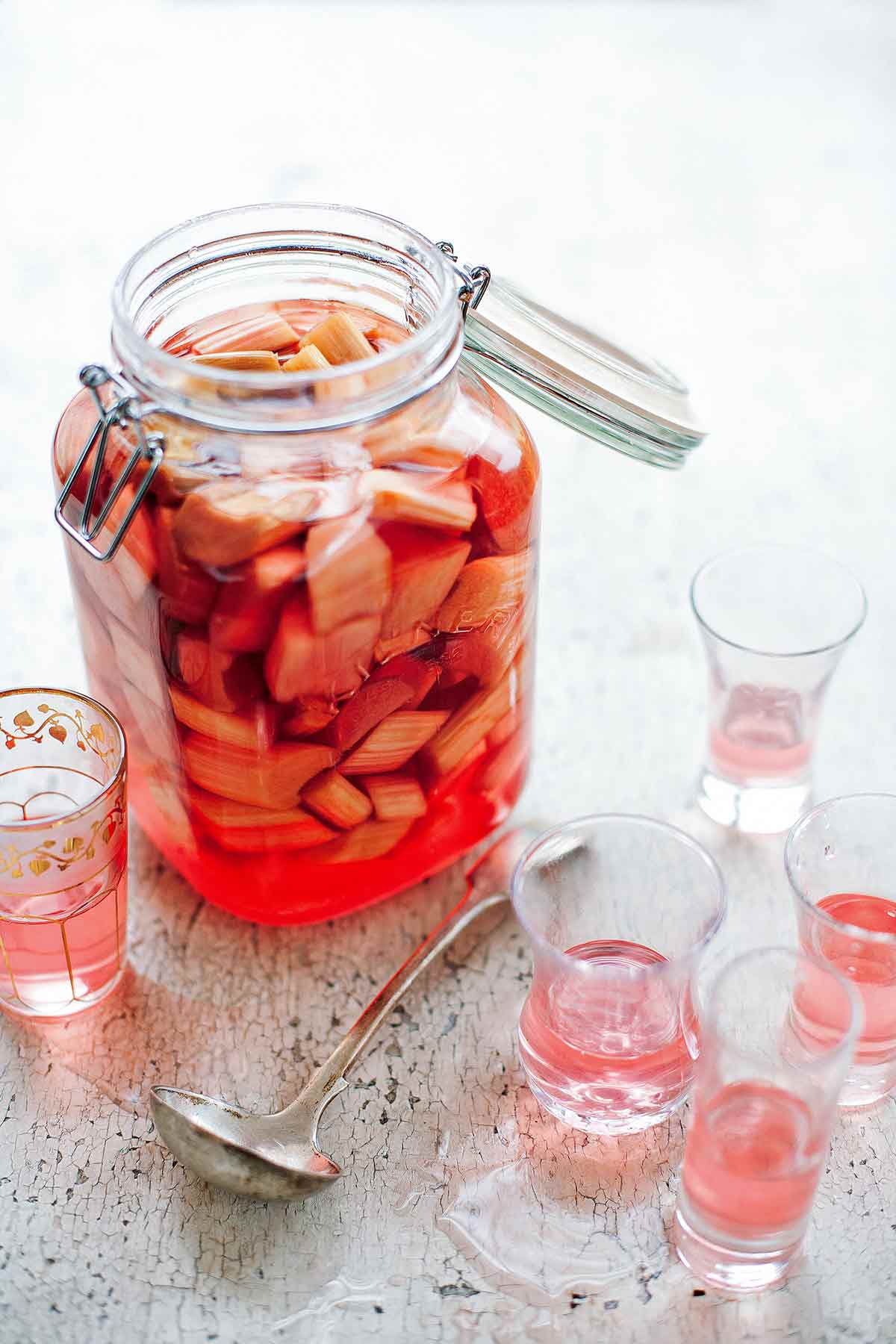 Rhubarb vodka. Yep. It’s a thing. And you’re going to want to make this tipsy spring tonic again and again and again. The hooch that results from steeping these spring stalks with sugar and vodka will be a lovely shade of the palest of pinks that varies from one batch to the next, depending on just how potent the rhubarb. But rest assured, any which way, it’s spectacular. You know you want to try this. So go on. Originally published May 8, 2016.–Renee Schettler Rossi 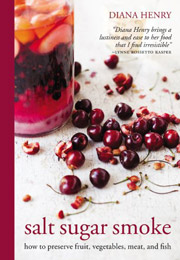 Place the rhubarb in a 1 1/2-quart jar. Add the sugar and shake everything together. Place the lid on the jar but do not seal it tightly. Let the sugar and rhubarb sit overnight at room temperature to draw the juice from the stalks, shaking or stirring the mixture occasionally to dissolve the sugar.

The next morning, pour the vodka into the jar, shake, and seal. Let sit at room temperature for 4 weeks, shaking the jar every so often. [Editor’s Note: Yep. You heard us. Four weeks. Patience. It’s a virtue.]

To sip your rhubarb liqueur, pour the liqueur out into glasses or strain everything through a cheesecloth-lined nylon strainer into a bottle. The rhubarb vodka will keep for a year, though the pretty pale hue will fade with time.

I had a bag of frozen rhubarb from my garden and was looking for something to do with it. This rhubarb vodka recipe definitely fit the bill, as I was hoping it'll bring a hint of spring when I need it most. I used frozen rhubarb and the finished product is a pretty pale pink and full of rhubarb flavor. The only difficult part about making this liqueur is waiting for it to steep for 4 weeks! I tried it straight, on the rocks, with a squeeze of lime, and with cranberry juice for a rhubarb Cosmo (nice!). I think it would have been perfect with some club soda and an orange slice, but I had neither in the house. It is more potent than it appears, so the addition of club soda would be welcome. And that combo would make a very nice summer cocktail!I only made half the amount indicated in the recipe, so my measurements reflect that. My rhubarb was already cut into 3/4 inch pieces, so I estimated how many would make up a stalk and I tried to pick the pinkest ones. This ended up being about 3 1/2 cups frozen rhubarb. I defrosted it and drained it for 20 minutes or so to remove excess water. I added the sugar and shook the jar periodically whenever I thought of it. All the sugar dissolved in a few hours. The next day, I added the vodka to the mixture. I could cut back on the sugar a bit, as I found it a little sweet for my taste.

Back to Rhubarb Vodka on Leite's Culinaria