These spicy baked chicken wings are slathered in hot sauce and baked until crispy and golden. Consider it a healthy-ish alternative to the classic Buffalo wing that doesn’t sacrifice anything in flavor. 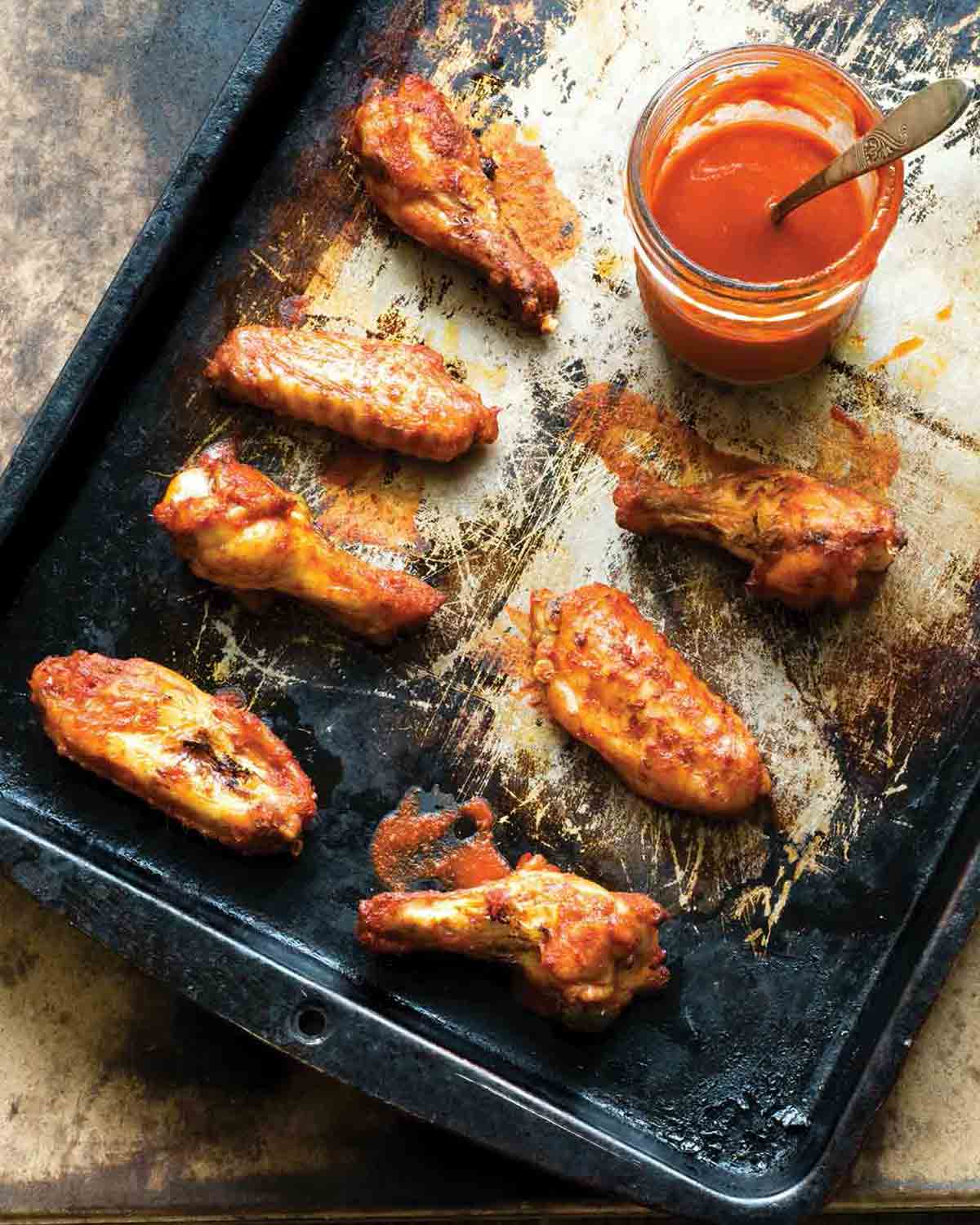 There’s a small town in Texas called Buffalo. It’s located between Dallas and Houston, and the town’s name has always stuck with me when thinking about spicy chicken wings, which are often called Buffalo wings. When I was young, because said chicken wings are spicy, I assumed they were named after this small Texas town. But no, they’re named after a town in upstate New York on the Canadian border, a place that’s decidedly not known for its spicy cuisine.

To eliminate any confusion, I want to explain that this spicy baked chicken wings recipe packs plenty of heat. They’re a perfect party food, and they always go fast, so if you’re serving a crowd you might want to double the recipe.–Lisa Fain

And while the dish’s origins may be in the Northeast, there’s no question that this version has its roots firmly planted in Texas—Buffalo and beyond.

[Uh, baked chicken wings?! As in, chicken wings without the butter, deep-frying, or grease-splattered stovetop? Count us in. Wherever they hail from.] 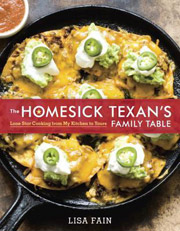 Lightly salt the wings and then toss them with 1/2 cup hot sauce. Using tongs, place the wings on the baking sheet in a single layer and bake, uncovered, for 45 minutes, flipping once after about 25 minutes.

Pile the Spicy Baked Chicken Wings onto a platter or plate and set them out while still warm with the Blue Cheese Dip on the side for dipping (and lots of napkins).

These spicy baked chicken wings are the kind that you just can't stop eating. This is probably the easiest chicken wings recipe I have found to date. I used Frank's RedHot Sauce to coat the wings. The hardest part is the long baking time. I found after 45 minutes they were lightly browned but weren't terribly crisp, so I gave them another 10 minutes. Then I tossed them in the other half of the sauce and broiled them for 4 minutes until they were a mahogany hue and very crisp. They had a little heat and very crisp skin. Since my family are not fans of blue cheese, I made a lovely ranch dressing and cut up some heirloom carrots to go with. As soon as they finished eating a wing, they were grabbing for another one. The recipe does double easily with just a small time adjustment for the roasting, approximately 10 minutes per extra pound. Out of the 4 pounds of wings I made, I have 8 little wings left for tomorrow. This recipe is a definite keeper. It will be interesting to try this with other types of hot sauce.

What can I say? I love hot wings, and this spicy baked chicken wings recipe gave me everything I wanted. I really like that they're super easy, quick, and baked. They had a perfect amount of heat—not too hot, perfectly cooked, and covered with a nice messy sauce (I had to give everyone extra napkins). I followed the recipe exactly as written, and they turned out perfectly. Two pounds made 24 wings (without tips) and drumettes. They went perfectly with the Blue Cheese Dip on the Leite's Culinaria website. Oh, and that Blue Cheese Dip was the BEST I 'veever had! Honestly! This one's going to the top of my pile of wing recipes!

Back to Spicy Baked Chicken Wings on Leite's Culinaria