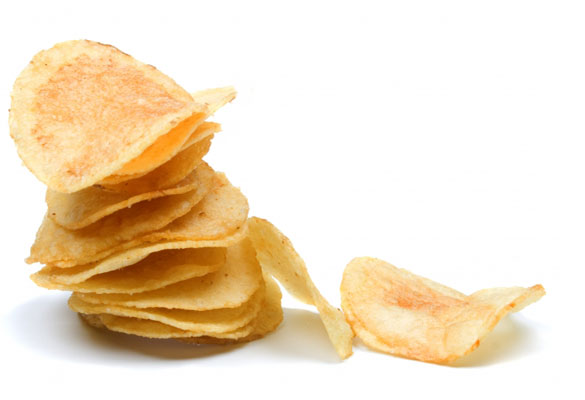 Not so long ago, Jan Petersen wrote in to ask, “When did dips for chips first become popular?” Jan’s seemingly Superbowl-minded question may seem like a version of the old conundrum about chickens and eggs, at least as regarding which came first. But in this case there’s an answer.

If you look through cookbooks before the 1950s, you won’t find any mention of dips, although you will happen upon recipes that seem to channel them. In the appetizer section of the 1947 edition of Fannie Farmer’s The Boston Cooking-School Cookbook, there exist cocktail spreads intended for use with canapés or hors d’oeuvres devised from crackers. Farmer also includes a paragraph on a Mayonnaise Cocktail Bowl, which was something like our contemporary crudités: a bowl of mayonnaise, flavored with mustard or Worcestershire sauce and surrounded by raw cauliflower florets, canned artichoke hearts, cooked or canned asparagus tips, cooked or canned shrimp, even lobster pieces. However, there’s no mention of chips—and certainly nothing resembling the modern notion of dips as big bowls of sauces into which guests dipped savory or salty snack foods.

The Oxford English Dictionary asserts that the earliest appearance of the word “dip” in print, at least in our desired sense of the word, came in 1960, in this telling sentence in James Kirkwood’s book There Must be a Pony!: “We were up to our necks in dips: clam dip, cheese dip, mushroom dip.” Obviously, something occurred between 1947 and 1960 that changed the word, and the substance it named, from nonexistent to all-too-common.

First, the chip. While potato chips are almost a century older than dips (the crunchy vehicle for salt and grease was invented in Saratoga Springs, NY, in 1853), they didn’t become standard American snack fare until much later. In the 1920s, mechanical potato peeling machines made it possible to produce the so-called “Saratoga Chips” in large quantities. They were soon introduced to the deep South by a traveling salesman named Herman Lay. By 1944, Lay’s now-famous name began to appear on bags of potato chips all over the country. 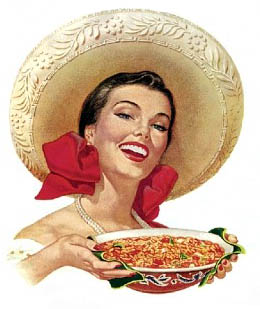 Meanwhile, in 1932, a young Texan name Elmer Doolin bought the rights to a variation on fried corn tortilla strips. He added an “s” to the Spanish word for “fried” and called his snack “Fritos.” After World War II, Doolin’s business grew to the point where he decided to sell franchises. Herman Lay’s company bought the first one. (The two companies eventually merged in 1961, forming Frito-Lay, the largest snack-food manufacturer in the country.)

Chips were now everywhere, but what about their dancing partner (and our second footnote in history): the dip? The mass production and mass marketing that made The Frito Company and H. W. Lay’s & Company successes were also at work in other food industries. By 1952, the Lipton Company had pushed its instant soup business to its probable limit. If the business was to grow, new uses for its products had to be found. The company experimentally launched a campaign that taught people to combine their undiluted dried soup mix with sour cream. While the new-fangled mixture could have been used with crudités, like Fannie Farmer’s Mayonnaise Cocktail Bowl, the combination of the cool, tangy dip with crisp and salty chips was too perfect to be ignored.

The third thing that happened along the way to chips and dip was a fundamental change in the way Americans went about their daily lives. Houses had long had a room near the front of the ground floor reserved for reading or playing music or formal occasions such as funerals. The room was called a “parlor,” and the name still connotes dignified formality. People would not think of eating in the parlor. Instead, they took their meals in their kitchen or dining room, at a table, with plates, utensils, and table linens. They faced each other during meals and even—remember, this was a long time ago—conversed with one another. 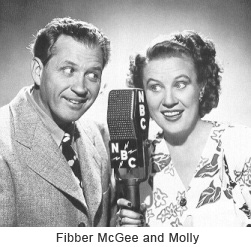 Then, in the 1920s, funeral parlors—the ones situated outside of the home—became the standard place for dealing with the dearly departed. A principal reason for the existence of the home parlor was no more. By the ‘30s, radio had become part of family life. People began to share their parlor with the likes of characters such as Fibber McGee and Molly, and the room began to lose its prim and proper edge, even if the name did not. By the ’40s, architects had begun to speak openly of something called a “living-dining room,” reflecting the collective shift away from the more restrictive, one-dimensional definition of the old parlor. And in the ’50s, Americans began their love affair with the cathode-ray tube. With the advent of television, the staid parlor was forever transformed into a living room.

Americans loved watching their newly televised sports in their new living rooms—a place where, more and more, they actually lived. However, people soon discovered that while sitting on a couch for hours on end was hungry work, it was, strangely enough, not ideally suited for a traditional sit-down meal. Instead of facing each other, everyone sat looking in the same direction. Rather than speaking with each other, everyone’s attention was glued to the box that emitted that eerie blue light.

What was needed, given that forks and the like were an undesirable distraction from the tube, were more—and more convenient—finger foods. Chips, fortuitously, served as both eating utensil and complement for the new-fangled dips, almost perfectly suiting the needs of the emergent couch-potato class.

I suppose I could have answered Jan’s question with just two words: “the ’50s.” However, food history and its trivia can be addictive, just like the old potato chip commercial that challenged: “I bet you can’t eat just one.”

It’s a bet I always lose.

© 2006 Gary Allen. All rights reserved. All materials used with permission.