Hard-boiled eggs with dukkah is an easy combination that will satisfy snackers. A crunchy, nutty, spicy mixture elevates those perfectly hard-boiled eggs. 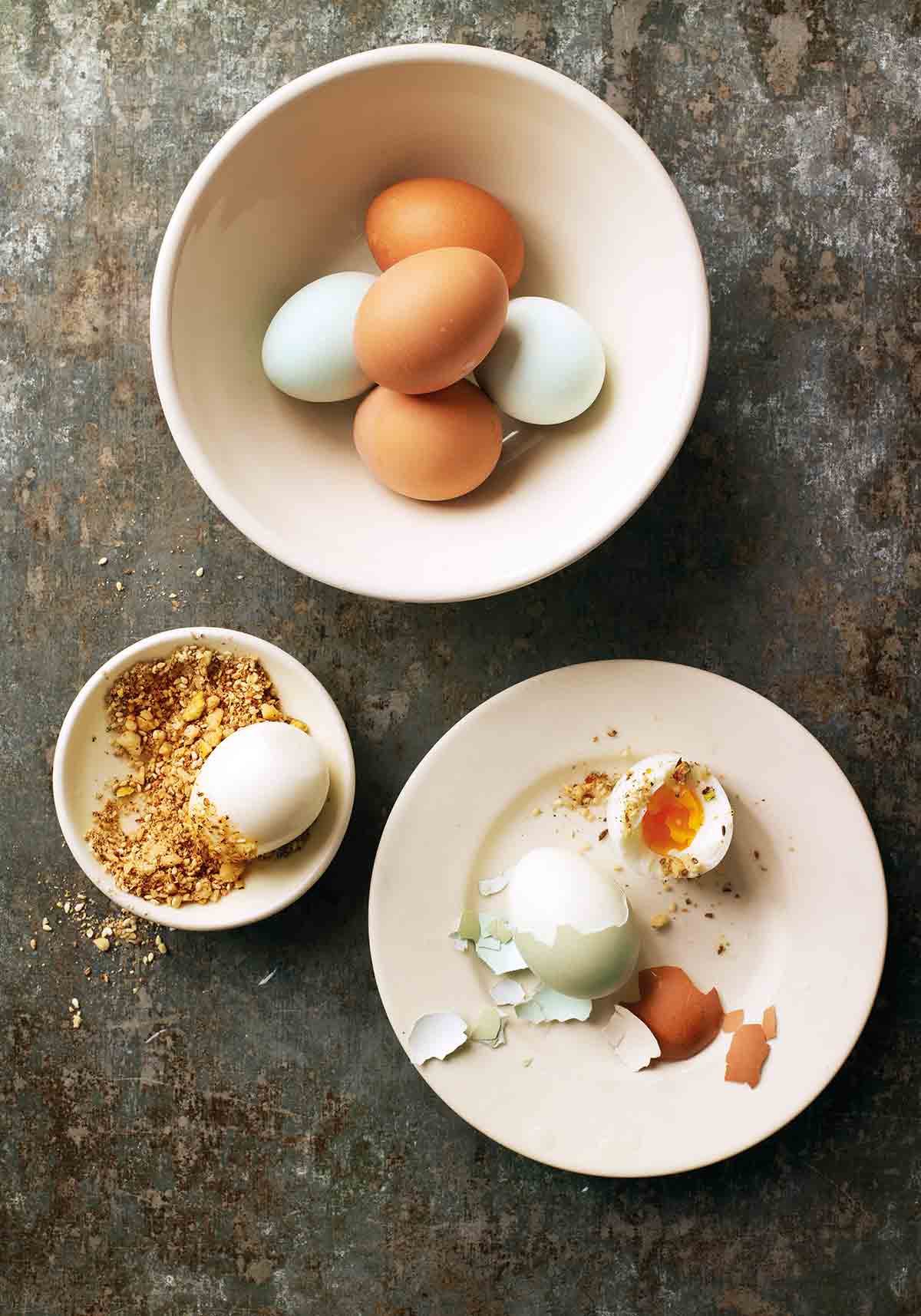 Dukkah is an Egyptian dry spice blend that has a multitude of uses—as a salad sprinkle, a seasoning on lamb chops, or a dip with bread and olive oil. We serve it as a pre-dinner bar snack with hard-boiled eggs.–Shelagh Ryan

What else can I do with dukkah?

We wouldn’t want you to overlook the fact that the combination of hard-boiled eggs and dukkah is awesome—and even awesomer with beer. Actually, it’s awesome with a lot of things. Like salads. Soups of all sorts. Fresh bread doused with olive oil. Chicken cutlets. Fish fillets. We’ve listed a few more ideas at the dukkah recipe we linked from in the ingredient list above. Got a dukkah pairing that you think is awesome? Let us know in a comment below. 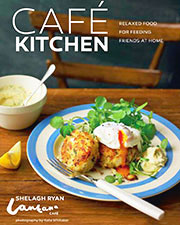 Place the hard-boiled eggs in a bowl. Set a smaller dish of dukkah on the side along with individual plates and some napkins. You’ll want to use about 1 tablespoon dukkah per egg. Originally published on April 05, 2015.

Dukkah is the condiment that I never knew I needed until now! If you love hazelnuts, pistachios, and a variety of spices, this recipe is for you. I've only tried this with eggs, but think it would be terrific on bread dipped in olive oil or even on top of hummus.

Timing for toasting coriander and cumin seeds was accurate. Toasting of sesame seeds, for me, was 1 minute so this was also accurate timing. I used about 1 tablespoon per egg so to be honest, this recipe makes way more than 6 servings, but I love having the leftovers!

While I loved the hazelnuts and pistachios I am thinking about trying it again with almonds to see how it compares.

Everything about this recipe worked for me and the contrast in flavors and textures brings a whole new experience to a weekday snack or light lunch. While you can buy premade dukkah blends from certain markets, it won't hold a candle to the complexity of freshly ground spices and toasted nuts presented here.

You can dip your eggs whole into the spice blend, although I've been cutting them either in wedges or slices, arranging them on a plate with a drizzle of olive oil, and sprinkling them with the dukkah. I'm completely smitten and have a stockpile of eggs in my fridge for the weeks to come.