Hostess Sno Balls always remind me of Cheryl Swanson, our high school pep-squad leader who was fond of tight, hot-pink Angora sweaters. It was the late ’70s and the retro ’50s look was in, so all of us were desperate to resemble someone from Happy Days. I think she was going for one of Richie’s perky, pearl-draped girlfriends. And although these coconut-covered Sno Balls never reached the apotheosis of Proust’s ridiculously over-referenced, and undoubtedly overrated, madeleines, they’ve been a favorite since the Truman era.

“Sno Balls were invented in 1947,” says Mike Redd, vice-president of cake marketing at Interstate Bakeries, the company that bought Hostess in 1995. Accustomed to rationing flour and sugar during World World War II, Americans were now devouring manufactured sweets, and the Sno Ball was an instant hit. Even though there never has been a TV ad budget for Sno Balls, Redd says they continue to sell, though not quite as well as their heavily advertised — and in my opinion less telegenic — siblings, Hostess Twinkies and Hostess Cupcakes. END_OF_DOCUMENT_TOKEN_TO_BE_REPLACED 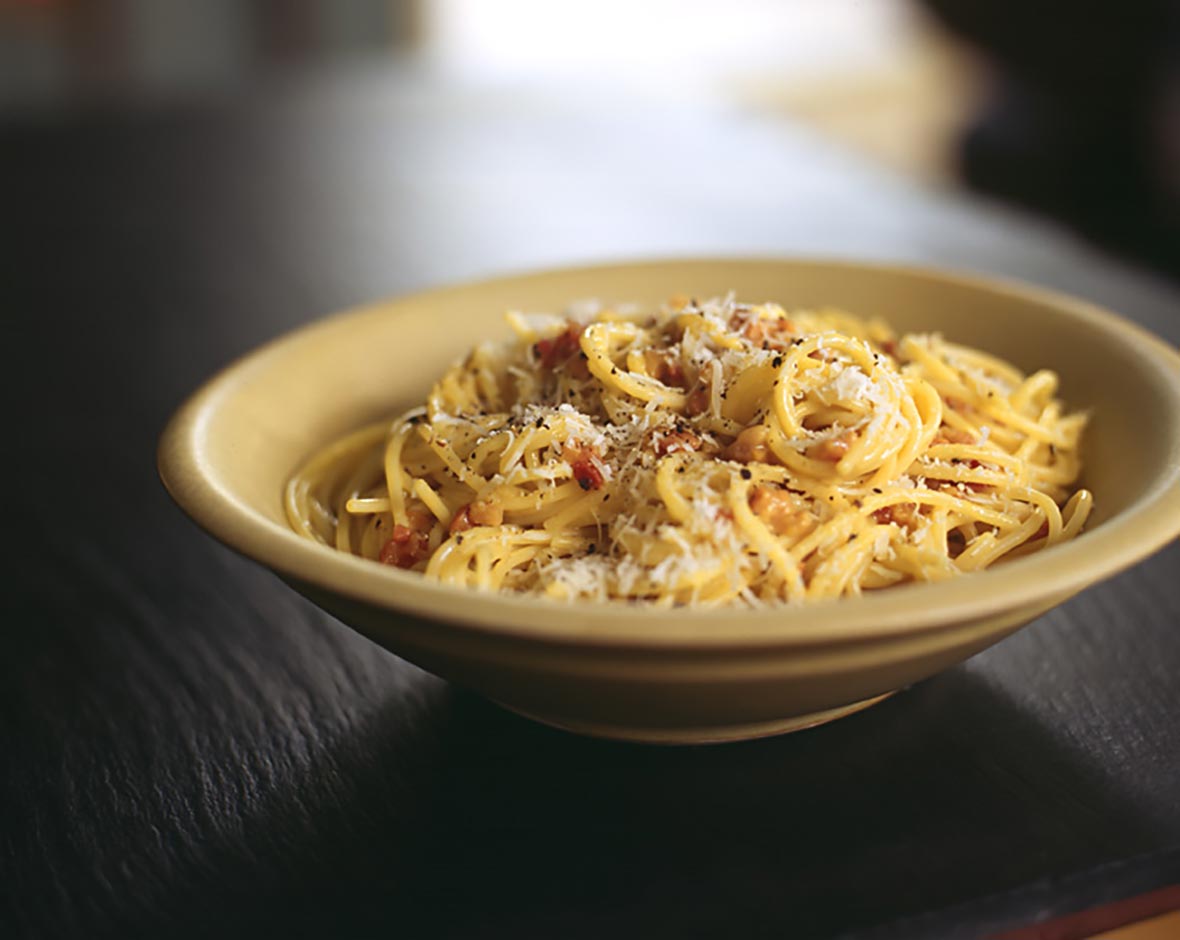 My introduction to the wonder that is spaghetti alla carbonara was nothing less than ignoble. In the early ’90s, I encountered the recipe in a low-fat, low-cholesterol cookbook I had borrowed from my friend Diane, a stick-thin Stairmaster dominatrix. Diane, who has impeccable taste, nonetheless wanted svelte versions of her favorite dishes during the week so that she could splurge on the real thing during weekends. The recipe—which in its unadulterated form is rich with eggs, pancetta, grated cheese, and plenty of freshly ground pepper—was an anemic version of itself. The final dish was a concoction of egg substitute, artificial bacon bits and low-fat grated cheese. After a few bites, I decided to steer clear of the dish—and the book. END_OF_DOCUMENT_TOKEN_TO_BE_REPLACED

This interview rambles, taking oblique turns of logic and subject, much like Wolfert herself. Attempting to make it linear would have done this celebrated writer and thinker a disservice. In fact, I debated for more than a year about putting the interview into text form. Nonetheless, much had to be edited for length. (The original interview was four times longer.) Still, Wolfert’s warmth, eccentricity, and encyclopedic knowledge is extant. As an interviewer, I soon discovered that asking carefully researched questions was futile; the merest comment on my part would unleash a torrent of stories about politics, culture, geography, social history — you name it — and all far more interesting than anything I could have imagined. It’s this locomotive-like loquacity that has won Wolfert the nickname La Bouche, or The Mouth, given to her by friend James Villas. END_OF_DOCUMENT_TOKEN_TO_BE_REPLACED This crowd-pleasing BUFFALO CHICKEN DIP (link in b These are truly the best I’ve ever made! Recipe