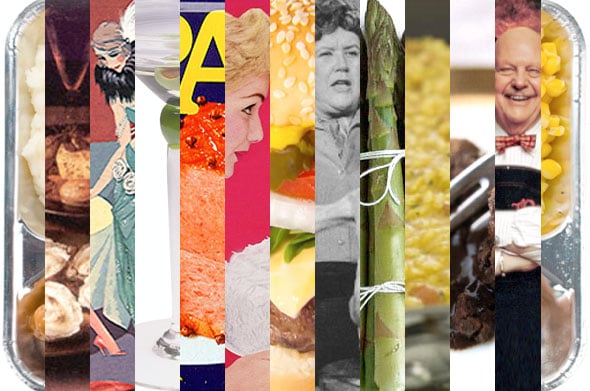 A century ago someone, much like yourself, was seated at a kitchen table, much like yours, perusing a morning paper, much like this one. The big difference? The meal. While you may be lapping up fat-free yogurt with a café latte and Sweet’N Low chaser, our fictitious centenarian, depending where he lived, filled his plate with porridge, flapjacks, mutton or a heart-stopping amount of home-cured bacon.

How did we in 10 decades go from gruel to Starbucks?

This century, more than any other, has been one of staggering transformation. Our population has mushroomed by almost 200 million since 1900. Passenger travel zoomed from the horse to the supersonic. Computers accomplish in hours what took a turn-of-the-century factory crew days. And the foods we’ve eaten have taken an equally remarkable journey. END_OF_DOCUMENT_TOKEN_TO_BE_REPLACED 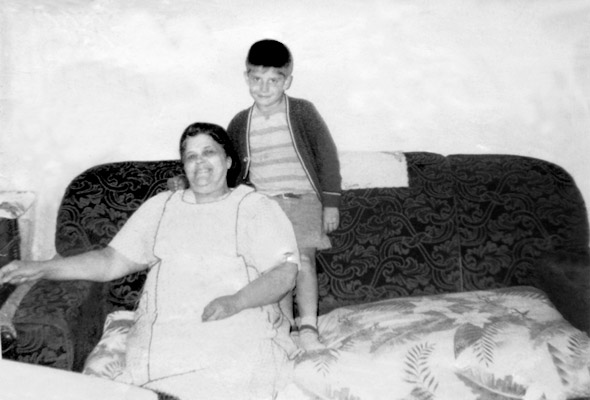 Clearly, something had to be done. So I approached my mother and aunts with a sheepish grin on my face and a video camera in my hand. My goal: to film family favorites being prepared before they too were lost. I wanted a permanent record of the food that filled three tables every Sunday when we laughed and talked (which to other families sounded like fighting), and my mother and aunts buzzed about happily shoveling their specialties onto our plates. END_OF_DOCUMENT_TOKEN_TO_BE_REPLACED