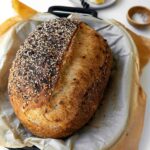 Think of this loaf as a giant everything bagel. But unlike everyone's favorite bagel, this bread has poppy seeds, sesame seeds, dried minced garlic, and dried minced onion on top as well as inside. It's bursting with flavor, so get the cream cheese ready.
David Leite

Preheat the oven and Dutch oven

*Why is everything bagel seasoning so popular?

Everything bagels have been a staple since the 1980s and are known for their distinctive flavor, being covered in a mixture of salt, black and white sesame seeds, onions, and garlic. The affordable spice mixture has also taken off on its own, prepackaged and added to nearly anything you could imagine—cheese spread, avocado toast, pizza crust, even your bloody Mary. It's a perfect mixture of salty, savory, and garlicky, and can be used on nearly anything.

IN THE PICTURE: Challenger Bread Pan 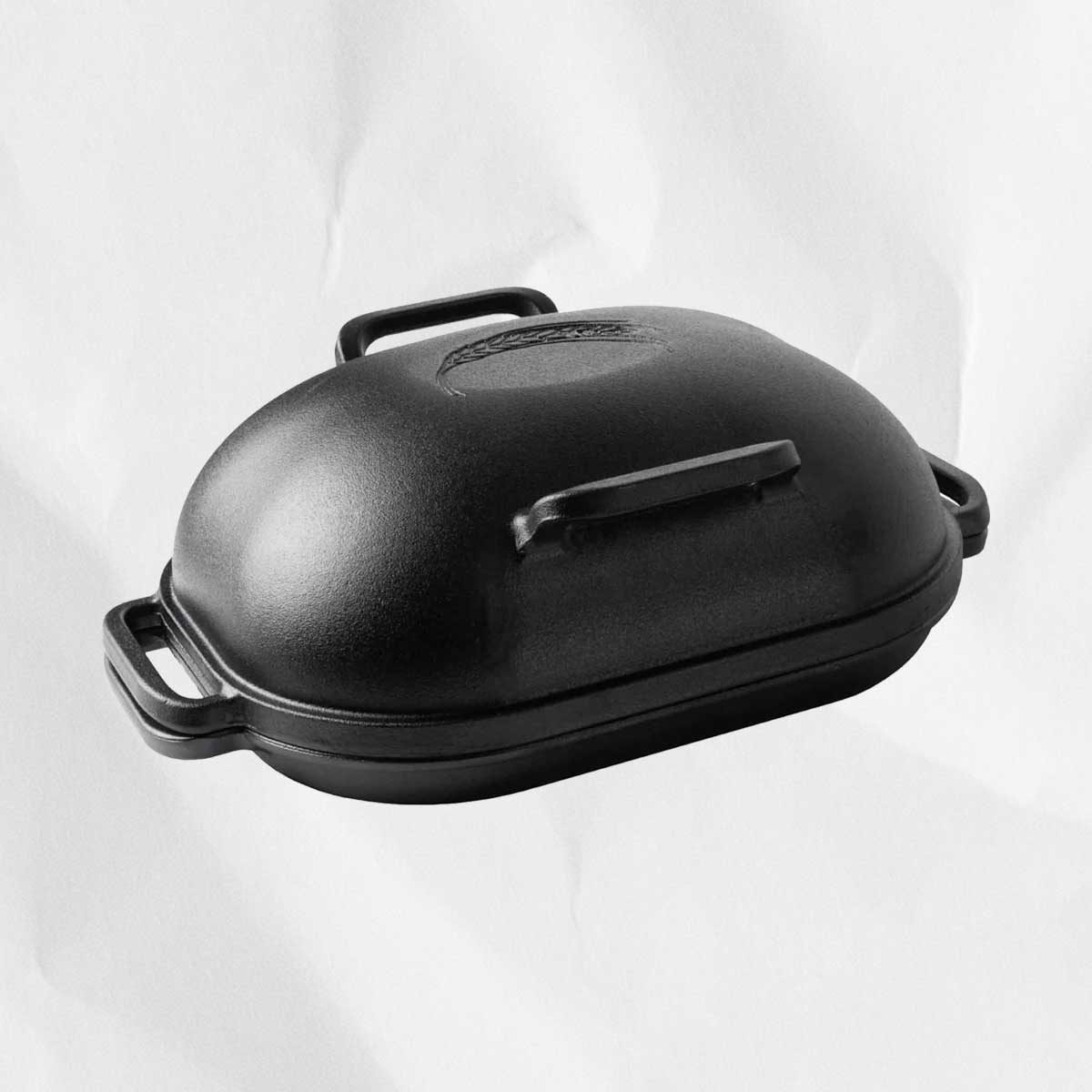 The revolutionary cast iron bread pan designed by bakers, for bakers. We crafted our pan to help you bake better bread every day! Bake bâtards, boules, demi-baguettes, and other loaves of almost any size. Made in the USA.