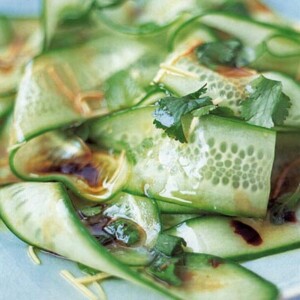 This Japanese-style cucumber salad, called sunomono, is one of the simplest summer salads. All it takes is cucumbers, vinegar, oil, ginger, and lemongrass to start the conversation.
Jamie Oliver

For the ginger dressing

For the cucumber salad