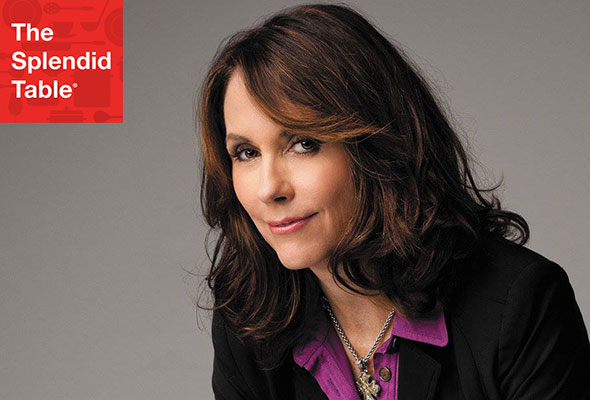 When I was younger, I had a different kind of list: a checklist. I ran around like I was on some crazed Easter egg hunt, cramming in as many experiences as possible, all for the pleasure of checking those suckers off the list. It was about acquisition and accomplishment, not meaning. (Welcome to the manic phase of manic depression: All peak experiences, all the time.)

I guess I got to the point when I started thinking, “Damn, if I don’t get my ass in gear, I’m never going to get around to the stuff that really matters.” The items on my more mature bucket list aren’t many or particularly outrageous. Visit the White Cliffs of Dover. Have a cat for longer than eight years. (Oh, the vicissitudes of adopting adult fur babies.) Make it to my and The One’s 50th anniversary (only 28 more years!). Find the exact spot along the Seine where he and I first said we loved each other. Win an Academy Award. Okay, that last one’s a bit la-di-da, but a boy’s got to dream.

Except there was one item I couldn’t even fathom coming true. It was so this-ain’t-ever-going-to-happen that I never even knew it was on my bucket list until suddenly it was. And that was meeting and maybe even interviewing Mary Karr. For those of you who, like Kimmy Schmidt, have spent the past several decades in an underground bunker, Mary Karr is the memoirist who wrote the blockbuster trilogy The Liars’ Club, Cherry, and Lit. She has been credited with lighting the fuse that ignited the explosion of memoir writing. Her newest book, and the object of my obsession, is The Art of Memoir. 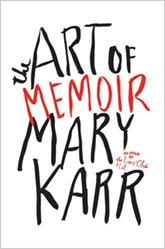 Her book was my way in. I knew she’d be an immensely entertaining as well as educational interview, and The Splendid Table agreed. In Memoir, Mary discusses the importance of “carnality.” Now, she’s not referring to the sexy-ass kind of carnality—although that’s part of it—but rather the riot of sensory experiences that not only make up memory but lead you back to memory. And food is on top of that list. Proof: On the first page of the first chapter, she explains how a whiff of cumin can cause memories of your father’s curry to come galloping back. Or how the nasal-clearing power of her sister’s roux still haunts her after all these years. Or how a squirt of lemon on a just-shucked oyster will cause it to draw up its skirt, all frilly and delicate.

To illustrate her points about the importance of the senses in writing, Mary reads aloud an excerpt from The Liars’ Club about how that fragrant, black garlicky roux was the basis of her sister’s squirrel gumbo with its three kinds of peppers, lard, flour, and onion.

What Mary shares in this interview isn’t something to be checked off anyone’s list but to be savored again and again. Like a big ole pot of Mama Leite’s rusty-red carne assada.

Also in this episode of The Splendid Table: