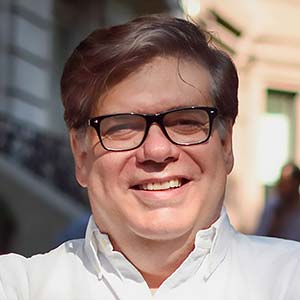 David Leite is the resident Fatty Daddy behind Leite’s Culinaria, which he founded in 1999, long before blogs came into existence. Though you may know David best by the witticisms and wisdom he shares online, he’s also shared his perspective on pretty much everything in print, radio, and television. His first book, The New Portuguese Table: Exciting Flavors from Europe’s Western Coast, won the 2010 IACP First Book/Julia Child Award. And his most recent book, Notes on a Banana: A Memoir of Food, Love, and Manic Depression, was published by Dey Street Books in 2017.

In 2006, he had the distinction of being the first winner ever of a James Beard Award for a website. He won the 2008 James Beard Award for Newspaper Feature Writing Without Recipes for his article “In a ’64 T-Bird, Chasing a Date with a Clam” and was nominated for the same award the following year for his article “Perfection? Hint: It’s Warm and Has a Secret,” both from the New York Times. David’s award-winning way of seeing the world has repeatedly been included in the Best Food Writing series. He’s also shared his opinion in the New York Times, Martha Stewart Living, Saveur, Bon Appétit, Gourmet, Food & Wine, Yankee, Men’s Health, Los Angeles Times, Chicago Sun-Times, The Washington Post, Charlotte Observer, and TheMorningNews.org.

Always a talker, David has been heard on NPR’s “All Thing Considered” and was a longtime correspondent and guest host on public radio’s The Splendid Table.

When David’s not hunched over the computer, chances are he’s cooking Tagliatelle with Leeks and Shrimp, Julia Child’s Coq au Vin, or Pumpkin Cake With Maple–Cream Cheese Frosting with his partner, The One Who Brings Him Love, Joy, and Happiness (aka The One). 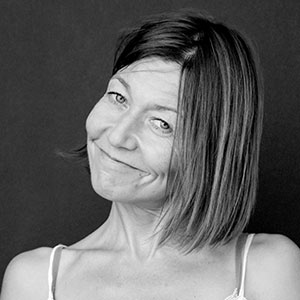 Renee grew up in the kitchen alongside her grandmother, a relentless clipper and tweaker of recipes. As a teen, Renee sorta lost and found herself in the Gourmet magazines she found lying around her dad’s house, less for the recipes than for the way the accompanying words poetically captured all the many ways food plays into life. During the past three decades, she’s left her trace on recipes and essays not just on Leite’s Culinaria but at The Washington Post food section, Real Simple, and Martha Stewart Living, and her writing and editing have drawn recognition from NPR, the Association of Food Journalists, and The Best American Recipes cookbook series. Renee still has stacks of cookbooks that teeter in Seussian stacks throughout her house, although lately, more often than not, when she’s not at her computer or stovetop you’ll find her teaching or taking yoga, which is just another way to get lost in the beauty of whatever’s in front of you. She tends to swoon to simple and unfussy recipes such as Salt and Pepper Rib Eye Steak, Momofuku Fried Chicken, and Watermelon and Ginger. 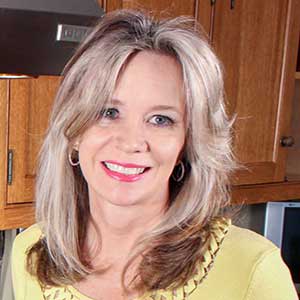 Years ago, while friends traipsed back from Paris toting suitcases bulging with the latest French fashions, Beth lugged bags laden with mandoline and copper cookware from E. Dehillerin. It proved to be a smart choice. She still relies on that cookware as Director of Recipe Testing for Leite’s Culinaria, which requires testing, tweaking, retesting, and sometimes more tweaking before she’ll deem a recipe fit to publish. Got a query about gluten-free flour, an overly dense bread dough, or a new-to-you cut of meat? Beth can dish on any or all. She’s also styled food for photo shoots, prepped ingredients for video clips and live television appearances, assisted in professional cooking classes, and rubbed elbows with an eclectic array of cookbook authors and chefs. Her styling and original recipes have been featured in Where Women Cook, Celebrate!, Pieography, The Local Palate and the Post and Courier.  She mentored and learned her craft under Nathalie Dupree and was thrilled to be a part of the James Beard Awards for Nathalie’s win with Mastering the Art of Southern Cooking.  Beth divides her time between Charleston, South Carolina, and Grand Cayman. When not communicating with our 100+ home cooks who serve as recipe testers, Beth can be found making Spicy Tomato and Blue Cheese Soup, Thai Basil Pork, and Lemongrass-and-Cilantro-Crusted Ehu with Black Rice and Mango for her sons and husband. 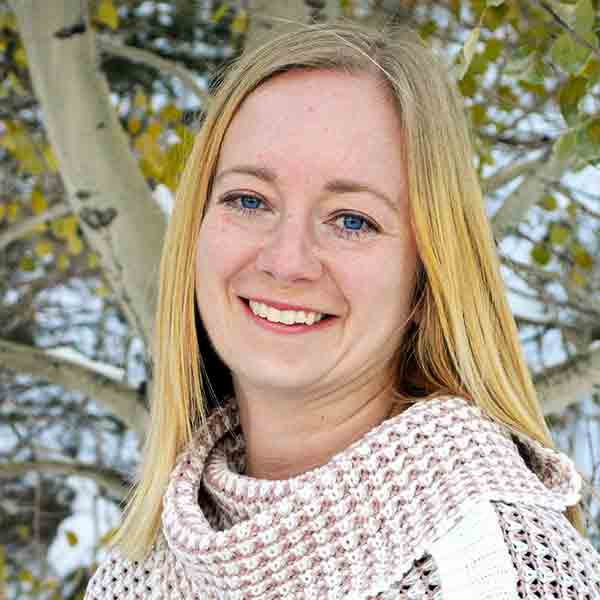 As a child, Angie spent her Saturdays cooking alongside her dad and has never looked back. As an adult, given her strong attention to detail and endless desire to try new recipes and discover new techniques, she quickly found her calling at Leite’s Culinaria. Beyond editing recipes and collaborating with the team at Leite’s Culinaria, Angie spends the ridiculously short Canadian summers seeking inspiration in her garden and the infinitely long winters thinking about what to plant the next year. When she’s not puttering in her garden, cheering her kids on at dance competitions, hockey, and baseball games, or curled up with a cookbook, she can be found happily making the recipes her family loves most, including Kimchi Tacos, Salmon Teriyaki, and South Carolina Slaw. 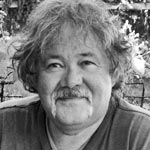 Dan began his cooking career in his early childhood. He’s a meticulous and self-taught cook and occasional baker. Relying on cookbooks, international media and travelling as his teachers, an inspired love of global cuisine has grown and flourished over the years. We’re lucky enough to count him among the original recipe testers for Leite’s Culinaria. Dan curates our “What’s For Dinner?” on Facebook. Along with some exciting global moderators, he has been inspiring others to be as excited as he is about what ingredients are used and what preparations are chosen to grace the dinner table. Our devoted, good-natured Canadian considers many of Leite’s Culinaria recipes to be quite exceptional. Over the years, Spring Lamb with Rosemary and Venison Bolognese, Bucatini all’Amatriciana are some of the regular visitors to his table. Other favorites include Baked Ricotta, Panzanella from Ina Garten, and an absolutely fabulous Carrot Crostada. 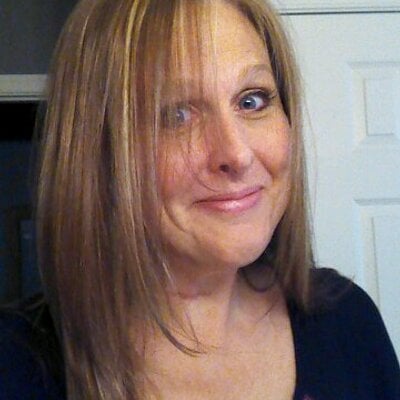 Diana is responsible for our Pinterest and Twitter content and has been working with us since 2013. When she’s not busy at the computer, she’ll likely be found sipping at a local Virginia winery, pulling weeds in her garden, mulling through her ridiculously vast cookbook collection (by the way, it’s not hoarding if your stuff is cool), or relaxing on the back deck with her husband, Joe, and trying to get him to agree to adopt another dog.

Some of her very favorite recipes from our website include Chocolate Bourbon Spiked Banana Bread, Middle Eastern Chicken Thighs, and Coffee Crème Brûlée. 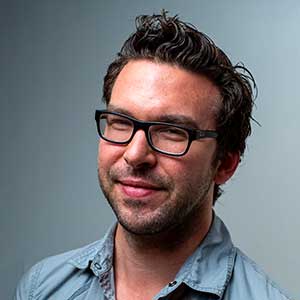 Adam began pursuing a career as an audio engineer at the age of 12 and never second-guessed it. He kept his head down, found some fantastic mentors, and made it happen. And he still makes it happen by continually finding new ways to educate himself and experiment. Adam’s career has brought him face to face with some of his childhood idols in television, film, sports, and music as well as with world-famous venues. Upon meeting David and Renee, he quickly felt comfortable surrounded by their dry wit and banter. After all, they were the first clients to ever drop a South Park reference, and if that’s not a good measure of your company, then what is? [Editor’s Note: No, it wasn’t David.] Always a wannabe foodie, Adam’s found it to be an honor and pleasure to be a part of Talking With My Mouth Full. And it’s even inspired him to begin his first sourdough starter!

When not making noise between the speakers, Adam might be found cooking for his wife and three children, something along the lines of a slow-cooker pulled pork, a lemony fettuccine alfredo, or salmon teriyaki. And if the sourdough starter never starts, then probably our famous 5-minute artisan bread! 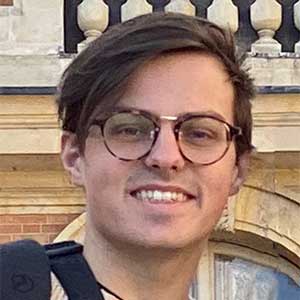 Kevin has been filming and editing ever since he picked up his first camera at the age of 16. From there, he’s been chasing his dreams of becoming a full-time media artist working with the Cannes Film Festival, Universal Parks, and Warner Bros. Pictures. Since moving to New York, he’s been continually learning through new and expansive opportunities, one of which led to meeting David (fortuitously for us). After many Zoom chats with David during the pandemic, Kevin understood that this was an incredible opportunity to work with some of the most genuine people he’s ever met in the online industry.

When not traveling and filming, Kevin can be found cooking for his girlfriend and pet pug, Pancake, quick snacks such as the Chocolate Chunk Skillet Cookie, Shaved Asparagus Pizza, and Carnitas Tacos! 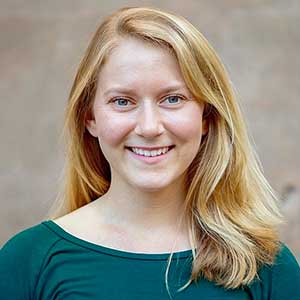 Besides sniffing out stories about food, people who make food, and places that feature food to feature on our podcast, Talking With My Mouth Full, Emily is an associate producer at WGBH in Boston where she produces radio and digital broadcasts about the Boston community and beyond.  She holds degrees in mediated communication and English literature from Stonehill College and is a recent alumna of the Transom Traveling Workshop in audio storytelling.

On a normal day, you can usually spot her eating a hot dog at Fenway Park, devouring a plateful of David’s famous chocolate chip cookies, or attempting to master the perfect pie crust.

Manny may be new to you, but in fact, he’s been around for decades. He first made an appearance in 1966 when one day Momma Leite looked at David and said, “Hey, kiddo, you know something? You’re the milkman’s son!” Perplexed, David looked at his father, then his mother, then back at his father. They both nodded solemnly. He walked to his room shaking his head, wondering how on earth Mr. Lawton, their milkman, could be his father, seeing as he was old enough to be Momma Leite’s father. It took him several days, but he finally figured it out. “Leite” means milk in Portuguese. David’s dad is Manny, who’s a man and has the last name of Leite, er milk. Ergo, David is the milk man’s son. When Manny asked to come on board as LC’s brand ambassador, he was welcomed with open arms. Because he’s eternally in a crisp white uniform, which he’s careful not to sully, Manny eats only white food, such as Fork-Mashed Potatoes, Vanilla Bean Ice Cream, and, of course, Cereal Milk.