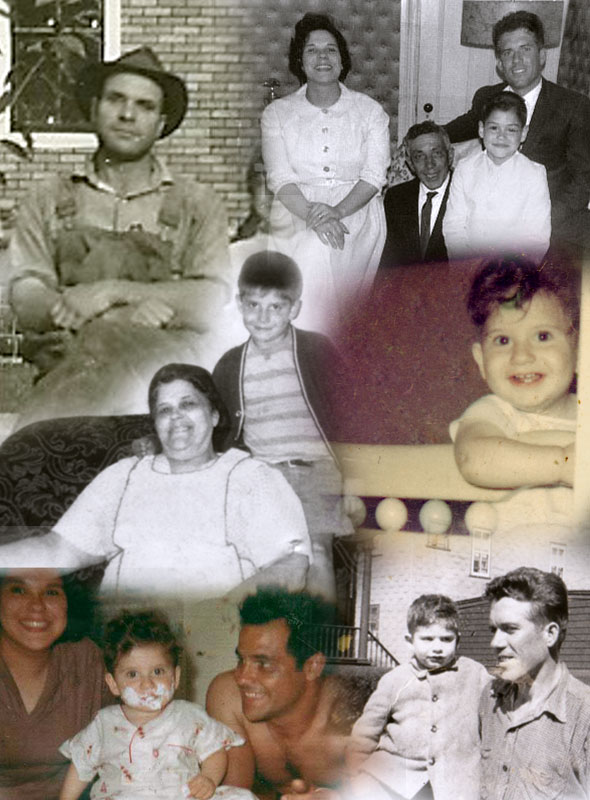 If you haven’t heard (and I can’t image why you wouldn’t have heard, what with all of my sharing about it on social media), I recently sold my memoir, Notes on a Banana: A Memoir of Food, Love, and Manic Depression, to Dey Street Books. The publishing house is an imprint of William Morrow, which is a division of HarperCollins. The book will be published late 2016 or early 2017.

Aside from reveling in all the hoopla, slaps on the back, and drunken evenings of celebration, I’ve learned something so astonishing through the process of committing my story to paper, and I want to share it with you.

In May of this year, when I approached my agent, Joy Tutela, and told her I wanted to put aside writing The Leite’s Culinaria Cookbook and would rather write a memoir, she paused on the phone and asked, “Why?” I explained to her that I was incredibly overwhelmed and touched by the number of deeply emotional comments and emails I received in response to my blog post Bipolar Disorder and Julia Child, My Therapist. Both publicly and privately, people poured out their hearts to me about manic depression: in themselves, their families, their friends. I heard stories of folks who, like me, had gone undiagnosed for decades. People told me, through sobs, of loved ones who had killed themselves because the pain was too much. Others expressed gratitude because the post helped them convince a loved one to go a doctor. I was floored. I didn’t expect this kind of reaction.

That’s when I knew I had to write my story. My whole story.

So for the past six months, I’ve been hunched over my computer writing memories of growing up in Fall River and, later, Swansea, Massachusetts, in a food-obsessed, immigrant Portuguese family. And while food is the theme that stitches the narrative together, also woven into that story are two topics that have tortured me most of my life: bipolar disorder and homosexuality.

As I wrote stories of sitting around dinner tables piled high with food and surrounded by my zany family, periods of black emotional distress, my hysterical and bumbling first sexual encounters with other boys, going to and dropping out of college three times, intrusive suicidal feeling and thoughts, terrifying high and lows of manic depression, and, eventually, the joy of falling in love with The One, I saw the whole of my life. With all of it laid out in front of me in the draft of my book proposal, I understood that this is my reality.

At some point this summer I was crushed when I told my mother one of my fondest memories of early childhood–playing beauty parlor with her while we scarfed down a whole loaf of Sunbeam bread that she’d toasted, buttered, and sprinkled with sugar and cinnamon–and she had no recollection of it. She even asked if, perhaps, I had imagined it. But then I remembered all of the memories my niece, Callie, has of our time together that I simply don’t recall. To a child, whose life isn’t yet crammed with decades of experiences, certain memories can take up more emotional real estate because there’s little competition. So it’s no surprise that my wonderful night with my mother would burn bright in my memory, and to her it was just another Saturday night. Or Thursday. Or Tuesday. Hell, there are memories that The One has recounted–some as recent as this year–that I simply can’t recall. Too much overcrowding in my head.

I came to see that these memories–whether remembered by others or not–are the foundation upon which I’ve made thousands and thousands of decisions throughout the years. These stories, these people, these triumphs and failures are what have made me who I am. And the greatest gift of this experience was that I came to feel–in the unshakable center of my being–that regardless of whether I sold the book or not, I matter.

I encourage all of you, writers and non-writers alike, to go to your computers or open a blank journal or dictate into your iPhones and record your stories. Find the breadth of your life. Discover the importance of you. Learn that you matter. You matter.

Now, if you’ll forgive me, I have a memoir to write.

Photos © circa 1960s Leite/Costa Family. All rights reserved. All materials used with permission.