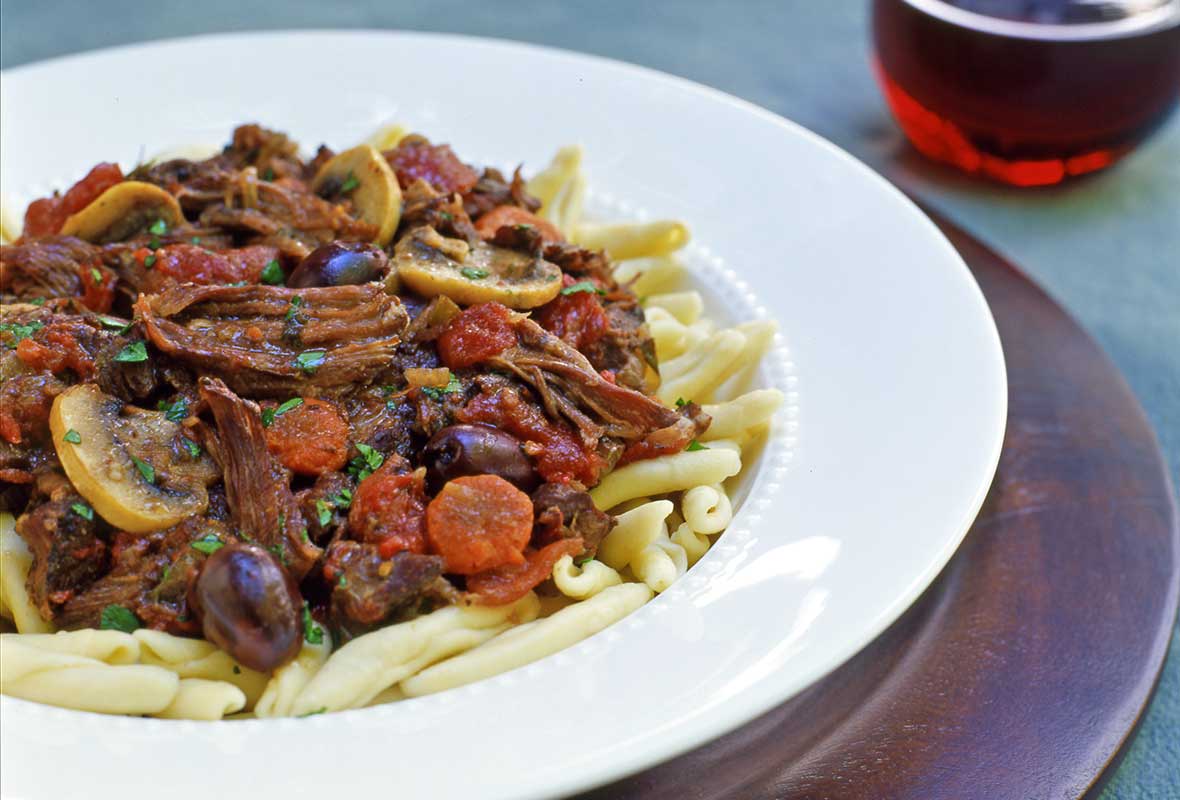 During the past 30 years, I’ve published more of these recipes than anyone I know,” she laughs over the phone. Her voice is fervent, as if she were burbling about a new lover rather than the real source of her excitement: beef stew. The she in question is none other than Paula Wolfert, the queen of slow cooking and author of seven books, including 2004’s highly lauded The Slow Mediterranean Kitchen and the recent revision of her classic The Cooking of Southwest France. This particular beef stew, and the topic of today’s discourse, is daube.

Every conversation with Wolfert, even small talk, is a discourse, for few writers possess her freakish command of the lexicon of food or her indefatigable curiosity about all things edible. In this case, beef. Get her started, and you’ll walk away knowing more about daubes than you thought possible. For example, did you know the best daubes are made with three kinds of meat: gelatinous shin for body, short ribs for flavor, and chuck for firmness? Or that daube is a method of cooking as well as the name of the dish? Or that the moniker is relatively new? (Apparently, people, especially those of southeast France, were happy to eat the dish for centuries without feeling any compunction to christen it until 1723.) 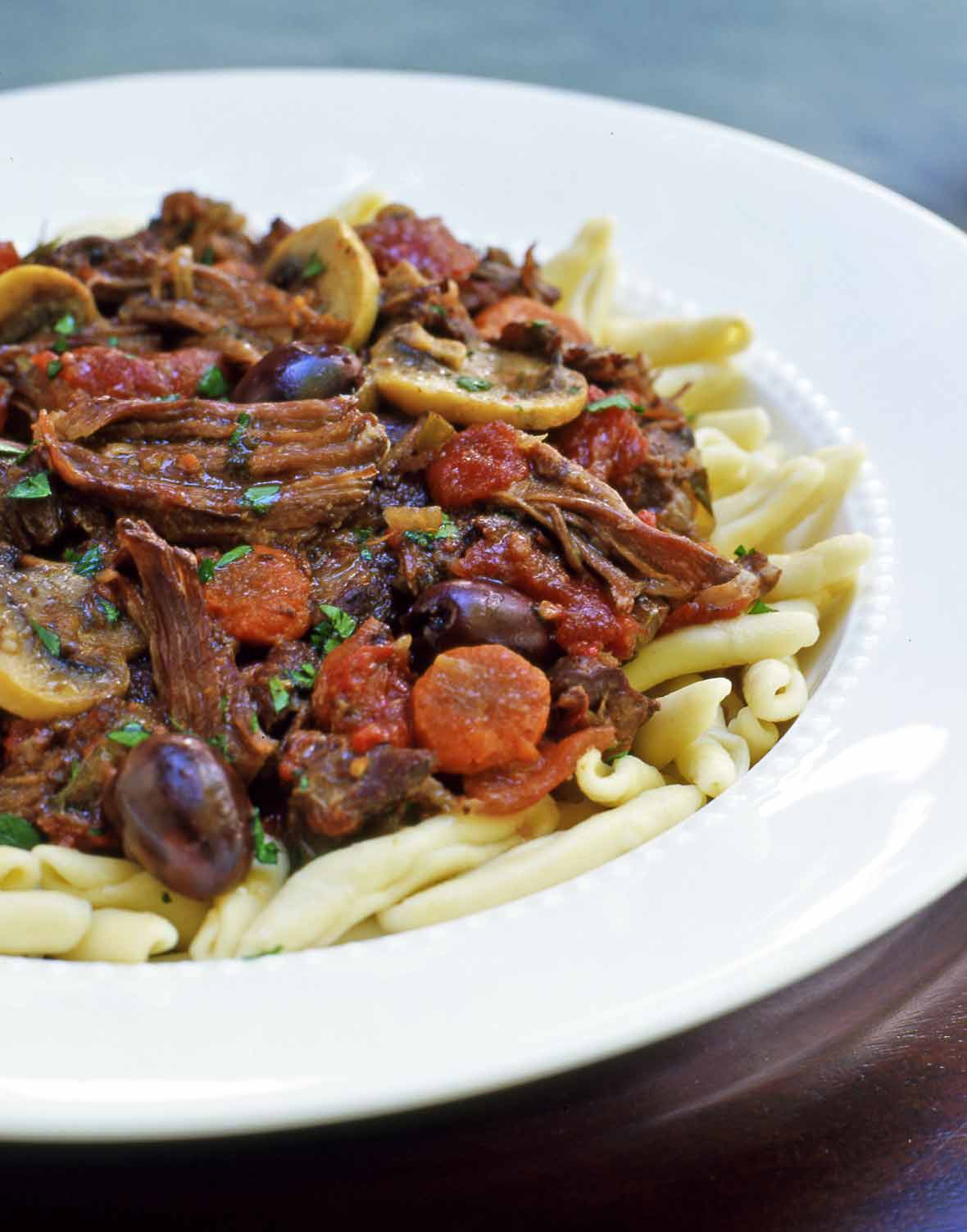 For the uninitiated, daubes are wine-based stews made from almost anything — from beef and goat to fish and octopus — that are cooked slowly in a tightly sealed pot for a long time.

Now, this may sound like your Sunday afternoon brisket or my mom’s carne assada. But Wolfert is nearly dictatorial in her demand for authenticity. “A daube is best made in a daubière,” she instructs. “The shape of the pot makes sure condensation builds and no evaporation occurs, so everything stays moist.”

That’s all fine and good, I tell her, but what do the rest of us do, who, unlike her, haven’t trekked the Hautes-Alpes in southeastern France, for the real deal?

“Le Creuset will work,” she reluctantly concedes. Then she brightens: “But there’s a trick in every recipe.” She goes on to explain that if you wet a circle of parchment paper and place it on top of the beef, it simulates a real daubière by reducing evaporation, making for a richer daube.

She warns cooks to plan ahead because daubes are best eaten the next day, or the day after that. “It’s great to make on a Sunday,” she says, “and to eat the rest of the week.” In Avignon, where Wolfert conducted research for some of her books, traditional lamb daubes are reheated a number of times before serving. “It’s the only way to bring out all the flavors,” she insists.

Ask her what is her favorite daube, and she harrumphs dramatically. “Please. That’s like having lots of kids and being asked which I love the most. It’s not fair. I love them all.”

Suddenly her part standup routine, part culinary stream of consciousness stops. Authentic Languedoc cassoulet is calling, which, she assures me, she finds as fascinating as daube. Somehow I don’t doubt her.