Skip to content
home | writings | Lost in the Atlantic: The Azores and Its Hearty Cuisine
Shares351PinShareTweetYummlyShare on FlipboardEmailHeart this post 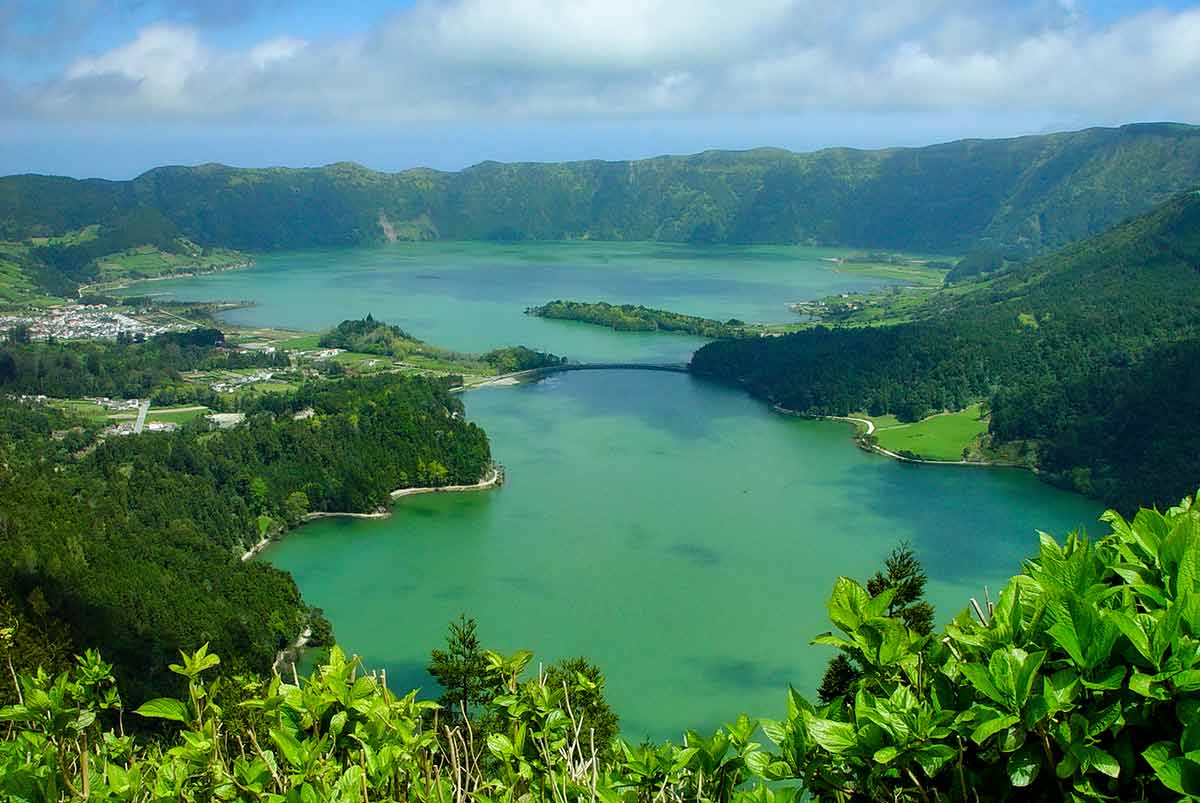 I get all kinds of responses when I tell people where my family’s from. My favorite reply was uttered at a party by a young woman swathed in a gauzy, tie-dyed dress who was eating an alarming amount of hummus.”Oh, your family’s from the Azores?” she gushed. “You know, they’re the remains of the lost city of Atlantis. I lived there in a past life.”

Most people, regardless of what they think, know surprisingly little about my family’s homeland. And even less about Azorean food. And for good reason. The Portuguese islands—São Miguel, Faial, São Jorge and six others—are strewn some 1,000 miles off the coast of Portugal and are happily marooned in the middle of the Atlantic. Unfortunately, so, too is our distinctive cuisine.

Geographic isolation is only one conspirator contributing to the invisibility of Azorean food. Like most peasant cuisines, Azorean cooking is home-based and frugal. Economics prevent most families from frequenting restaurants. My ancestors were so poor that açordas—brothy soups brimming with chunks of crusty leftover homemade bread—were sometimes all there was to fill bellies.

Consequently, owning a café or pastelarias (pastry shop) held little promise. Unlike Chinese and Italian immigrants, Azoreans who arrived in the United States during the great waves of immigration in the early part of the 20th century rarely opened eating establishments. In turn, Azorean food remained largely undiscovered by Americans.

Those mothers and grandmothers who wanted to formally share their cooking legacy were thwarted by illiteracy, because in the Old Country most of them weren’t required to attend school. Without any written recipes, many family favorites disappeared when the cooks passed away.

Despite such obstacles, Azorean food has managed to thrive—and even resist being overtaken by the trendy Mediterranean-based cuisine of mainland Portugal.

“Our food is more authentic Portuguese because we have fewer Spanish influences,” says Ana Taveira, a well-known cook on the island of São Miguel. “We don’t use much cilantro, curry, or cinnamon. We’re more heavy-handed with other spices, especially the hot ones.” She adds proudly, “Ours is a simple, hearty food.”

Food Differences Among the Islands

Given that the islands are so tiny, the archipelago’s foods are remarkably regionalized, differing by island, town, and even vizinhança, or neighborhood. According to Deolinda Avila, author of the self-published “Foods of the Azores Islands,” São Miguel and some towns on Pico lead the way in their use of hot peppers. Manuel Azevedo, a São Jorge native who owns LaSalette Restaurant in Sonoma, says, “Polvo [octopus] wasn’t as popular in my family or on my island as it was in other places. We liked lamprey and limpets more.” To further compound our rich gastronomic diversity, some islands embrace spices such as cumin, allspice, and cloves while others dismiss them entirely.

“Sopa de couves is made differently in the Azores than on the mainland,” explains Avila. “On Faial we use more potatoes and don’t mash them [to make a thickened base]. We also don’t cut the greens into thin strips. It’s a more country dish the way we make it.” Variations include the addition of red beans, ham hocks or beef shanks, and a sizable portion of chouriço—not the miserly single slice or two found in the mainland version and many chef-ified versions.

Azoreans can’t even agree on what key ingredient makes the best sopa de couves. Faial cooks prefer collard greens because they like the tender texture. But don’t dare tell that to cooks from São Miguel. To them, only the ruggedness of kale will do.

Yet wherever they live in the islands, cooks concede one point: bacalhau (salt cod) and porco (pork) are essential.

Cod was an obvious resource for seafaring islanders. “Fishing came naturally to us,” says João Encarnação, a native mainlander and once the chef de cuisine to the Portuguese ambassador in New York City. “But it was the salting of the cod for the long trip home from the North Atlantic that made it a staple of Portuguese life. Suddenly, an affordable food could be stored indefinitely.”

Salt cod plays such an important role in the lives of all Portuguese that it’s said we have 365 recipes for bacalhau—one for each day of the year.

On the other hand, pork may seem like an unusual staple on sleepy volcanic islands sequestered away at sea. To most Azoreans, cattle was more desirable for its dairy than for its beef. So milk and cheese, which are made into a myriad of delicacies, have served as an unending source of food and income. Pork, quite literally “the other meat,” rose to preeminence.

Pork is so highly prized that every year around Christmas families revel in a two- to three-day celebration called a matança de porco.

On the first day, the family pig is slaughtered and cleaned, then hung from the ceiling of the home for viewing. That night, friends and family come to see it as what Avila calls “proof of [the family’s] accomplishments.” A simple yet plentiful spread of food and drink is accompanied by joyous singing and dancing.

The following days are devoted to butchering the pig to make the famous linguiça and chouriço sausages, and to prepare cuts for winter meals. As Azorean frugality prescribes, no part of the pig is wasted. Even the organ meats are pressed into service in stews, cozidos (boiled dinner), and soups.

Cod and pork may be characteristic of our cuisine, but what really defines it are the desserts—eggy and toothachingly sweet. The Moors contributed this taste for rich, sweet, eggy desserts and we quickly found inventive ways with the whole egg, the white as well as the yolk.

While the Moors may have introduced eggy sweets, the addiction to these treats can be blamed squarely on the islands’ nuns. To earn money for their convents, the holy sisters of the 17th and 18th centuries spent their days behind cloistered walls perfecting such whimsically christened delights as olhos de sogra (mother-in-law’s eyes), suspiros (sighs), and barrigas de freiras (nuns’ bellies).

In the end, every cuisine is a product of its physical and cultural environment. Part volcanic soil and salt air, part peasant ingenuity and thrift, the hearty fare of the Azores doesn’t dazzle, but instead comforts. Some cooks believe it helps assuage the powerful saudade, or longing to belong, every Portuguese person is said to feel—regardless of which secluded, beautiful corner of Atlantis he lives on. Originally published January 27, 2001.