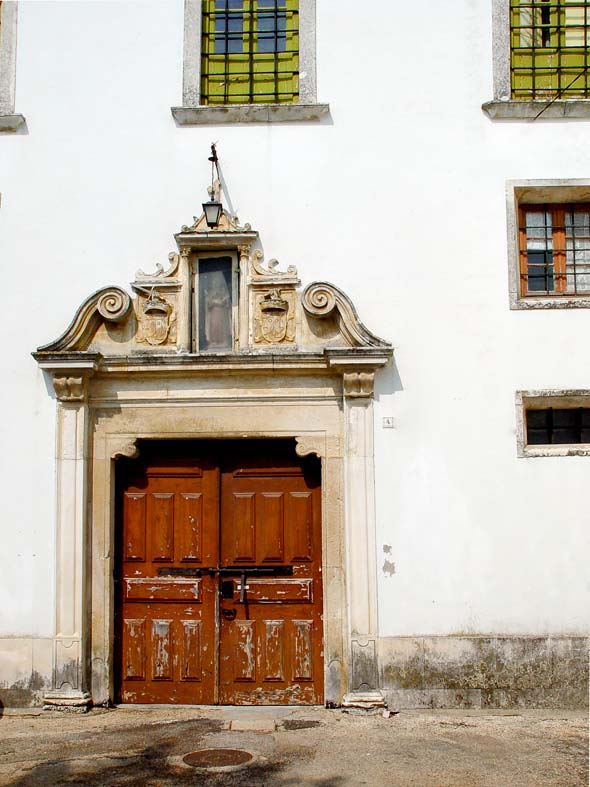 Look down to change the radio station while driving west on Route N111 in central Portugal, and it’s possible to buzz by the tiny, nearly empty village of Tentúgal. Composed of  small cluster of streets, Tentúgal (population 2,275) is suffering the same fate as many rural Portuguese towns. During the past half-century, it has hemorrhaged residents, as younger generations, too restless to spend their lives around the tree-dotted town square as their parents did, relocated to the cities of Lisbon, Porto, or Coimbra. One resident, though, returned, determined to revive Tentúgal’s wealthy gastronomic past—one pastry at a time. 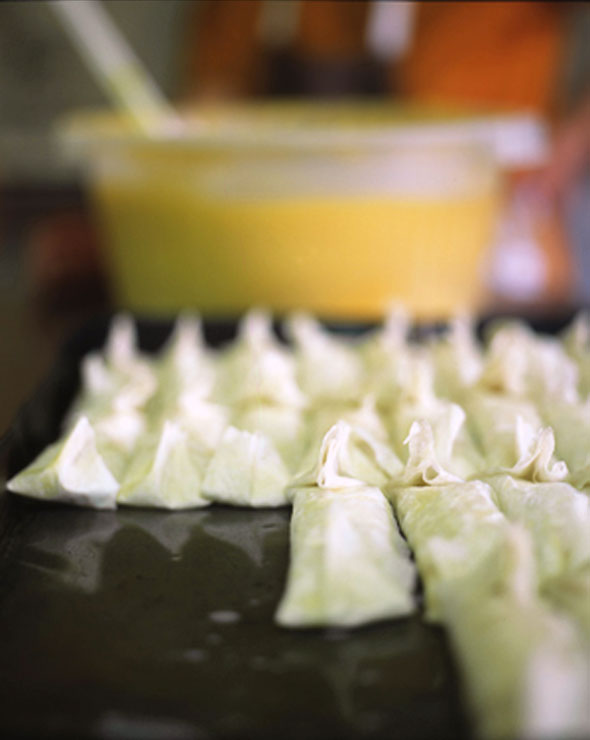 Olga Alexandre Gonçalves Cavaleiro, 36, is the owner of O Afonso, a regional pastry shop dedicated to preserving the pastél de Tentúgal—a finger-long, crispy log filled with doce de ovos, a cooked egg-yolk-and-sugar mixture. The ancient sweet was first created behind the now-crumbling walls of the town’s Convento do Nossa Senhora do Carmo in the 16th century.

Portugal has a rich tradition, both in the religious and caloric sense, when it comes to desserts. “Since everyone had chickens,” says Cavaleiro, “eggs were offered as a dízimo [tithe] to convents and monasteries throughout the country, and they had to do something with the yolks.” (Legend has it that the whites were used either to starch nuns’ wimples or to clarify wine.) The result is an astonishing array of egg-laden doce conventuais, such as the pastéis de Tentúgal.

“What makes pastéis de Tentúgal so interesting,” Cavaleiro adds, “is how they’re made, which hasn’t changed in almost 500 years.” An eight-pound lump of dough, made of nothing but flour and water, is plopped down in the middle of a white cotton-covered platform, in a white room, presided over by three white-clad women. Then an unpredictable dance ensues based upon humidity, temperature, and time of year. One woman grabs an edge of the dough and flops it out, making it slightly oblong. A second circles another clump, finds the right spot, and does the same. This pavane of pulling and flopping results in the dough being stretched to a diameter of up to 15 feet. It becomes so sheer, a newspaper can be read through it, which is often the test Cavaleiro uses to maintain quality. The women then wait for the precise moment in the drying process to cut the frittery sheets into fan shapes that will envelope the doce de ovos.

The pastries, though, are more than a local sweet. They’ve come to define not only the town, but its people, their ethics, and identity. These, too, Cavaleiro has worked tirelessly to uphold. To that end, she became the president of the Associação dos Pasteleiros de Tentúgal, a task force that, among other things, ensures that the eponymous pastries can be made only in Tentúgal. Cavaleiro and company have also just finished petitioning the Ministério da Agricultura in Lisbon to receive the coveted Indicação Geográfica Protegida, a governmental certification that guarantees the undeniable link between a region and its products. Once the IGP insignia adorns the boxes from the five shops allowed to make the pastéis, Cavaleiro hopes Tentúgal will once again be on the map. Literally.