Skip to content
Home » The David Blahg » Okay, It’s Not All About Me This is perfect. Just perfect. Right when I finally caved to friends and family and accepted their choruses of “David, it’s always about you” that were being pounded into my head, I won the IACP’s First Book: Julia Child Award for The New Portuguese Table. Don’t get me wrong for a second: I’m utterly and totally thrilled about it. It’s an amazing honor that I’ll always cherish.

But come on people. How can I possibly make this about me?

I guess if I were an ordinary, self-centered, look-at-me-I’m-Sandra-Dee kind of  braggart, I could allow myself carte blanche to take hostages in the Kingdom of Moi and talk endlessly about me. But the truth is, I’m an embarrassment to my species (and my tagline), because all I was thinking about as I obsessively trawled Twitter on awards night were the people who were part of this journey. A decade is a long time to ruminate on, research, reject, pick up, reject again, pick up again, and—finally—complete a book. Along the way, a lot of people have proffered words of encouragement, a simple meal when I was traveling through Portugal, and threats involving substantial bodily harm if I didn’t follow through.

So here, in no particular order, are beijinhos to many who made a difference. 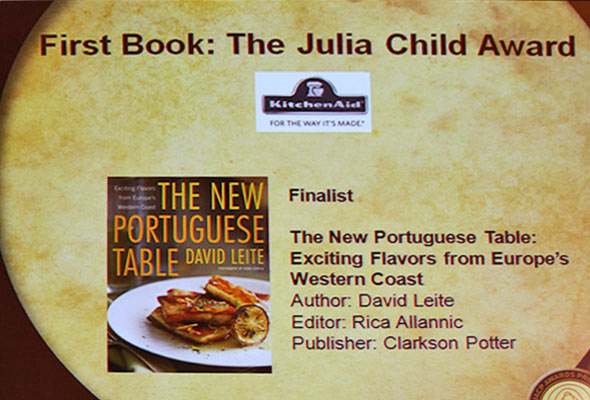 First are my amazing, talented, strict, unmoving recipe testers. I know some authors have a person or two who test their recipes after perfecting them, but I had 14. I made every recipe at least three times, and then it was unleashed unto this great rabble of testers in two countries to see if what I imagined could be assembled from ingredients found in their local stores and cooked in their kitchens. Not only did they fill out the enormous questionnaires I created, they also took pictures of the dishes. And it was there, amid piles of paper and slideshows filled with images—from the scary to the sublime—that I chose what recipes would finally make it into the book.

But it wasn’t always such a simple, glitchless process. Sometimes a recipe had to be made over and over again, which was the case with the ultra-popular Orange-Olive Cake. Translating the recipe to English and the ingredients to American foodstuffs was tough. I think Cindi Kruth and I made it 13 times before unleashing it. And then there was the maionese de leite, or milk “mayonnaise,” which has made the rounds of blogs and Web sites, not to mention print publications. In trying to find the exact timing for the emulsion to take hold, tester Patton Conner and I were on the phone, blenders at the ready: “Okay, on the count of three,” I’d say right before we both flipped the “on” switches. We waited in silence until we saw the mixture thickening and the first burps of mayo spattering in the canister. “Time?!” I’d shout over the whirring of the Oster. Inevitably, we were never exactly in sync, but after going through gallons of milk, we finally were able to get a range that worked for the home cook. Then we moved on to the variations—a whole other science project. 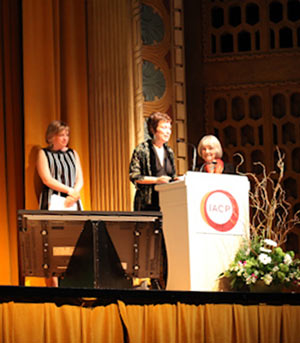 Most recipes, though, worked the first time they were sent out and the comments from all 14 testers helped to polish them to a high-glass sheen, because each tester has his or her cooking bête noir. Cindi doesn’t like dirtying more pans than needed. Dan Kraan dislikes having to use measuring spoons for liquids before dry ingredients, as the dry would stick. Janet Boileau, who has become a Portuguese culinary expert, refuses to cook with any substitution. Her solution? She scoured D.C., where she lived, and New Jersey’s Portuguese Ironbound section, where I would accompany her, until she found the precise type of sausage, the exact type of pepper, the recommended  vinegar. (My kind of gal.) The others were no less obsessive: Leanne Abe, Duane DeMello, Tran Doan, Susan Hillery, Susan Bingaman, Adrienne Lee, Elie W. Nassar, Maria Peplowski, Vicki Ventura, and Dede Eran.

Nuno Correia, my photographer, and I must have signed our contract during Mercury Retrograde, because everything we agreed upon fell through. The biggest blow was when I had to tell him I couldn’t shoot in Portugal, the original plan, because  the meat butchery system is different; Portuguese flour, butter, and sugar act differently, hell, just about everything acts differently. As a result, nothing would behave like it would in an American kitchen. Undaunted, Nuno simply said, “I’ll come to New York.” He bunked with me in my apartment for two weeks while we shot the entire book. During that time he went from colleague to friend, and he will be the first person I’ll turn to for my next book. (More on that later.)

The list goes on and on—from everyone at Clarkson Potter to my agent, David Black, to Jaden Hair, who I understand screamed loudly when I won (but still was coherent enough to shoot these pictures) to Dianne Jacob (that’s her accepting the award for me and subduing Judith Jones, who was trying to grab the mike) to my parents (if it weren’t for them I’d have written abook on croissants, or something) to, natch, The One. He put up with me everyday for a decade as I blathered on about “the book, the book, the book.” Truly, thank you all.

And we now return to our regularly scheduled program of narcissism already in progress.