Skip to content
home | writings | Thanksgiving Disaster 1: How To Thaw A Frozen Turkey Pronto
Shares107PinShareTweetYummlyShare on FlipboardEmailHeart this post 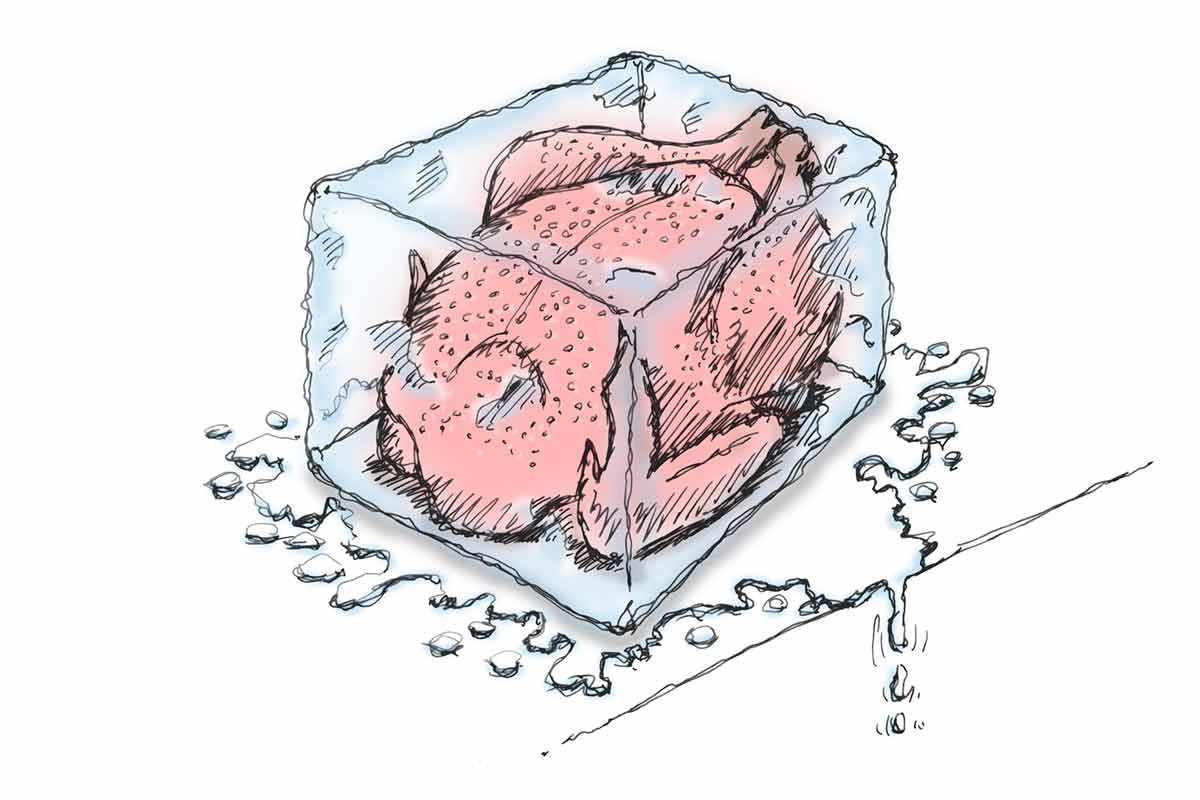 It was our first Thanksgiving in the country, having given up our rent-controlled apartment in New York City. We’d planned a quiet celebration alone—until good friends called that Wednesday. They, too, wanted a country Thanksgiving. With their teenagers. Suddenly, a twosome with a turkey breast morphed into a sixsome with a whole bird. We ran to the store, fought the crowds, and stocked up on everything—including one of the last frozen turkeys. Not surprisingly, it still wasn’t thawed by the next morning.

Did we panic? Not on your life. Because we knew that a frozen turkey—whether partially or even fully—can’t stop Thanksgiving dinner. Delay it a little, yes, but not deter it.

How to thaw a frozen turkey at the last moment? There are two solutions to this disaster. Which you choose depends on how much effort you want to muster and how much time you have to sit around and sip some wine while you wait.

More Effort, Less Time. Peel off the wrapper and place the bird in a bowl big enough so you can submerge the entire thing in cold tap water. Do so. Set your birdish aquarium on the counter. Swap out the stagnant turkey water for fresh cold water every 30 minutes or so until the turkey is thawed, about two hours for a 10-pounder, up to six hours for a 20-pound mutant. (Don’t worry. The cold water will keep your turkey-in-a-bowl from turning into a petri dish.) Dig out the giblets and neck. Stuff, slather, and roast as your recipe directs.

Less Effort, Even Less Time. Unwrap the bird-cicle, plop it in a roasting pan, shove it in a preheated oven, and don’t look back. Surprised? Don’t be. Even fully frozen turkeys can be roasted without thawing them. That much meat, that much insulating bone, that much skin—it’s not like it’s a gimpy little game hen.

We went with the latter, if only because we wanted to put the effort into making a second pie. (Two teenagers.) But when doing the freezer-to-oven trick, bear in mind these caveats:

Of course, you can avoid any Thanksgiving day shenanigans by allowing the turkey ample time to thaw. A 12-pound bird takes about three days in the fridge; a 16-pound bird, about four days; a 20-pound bird, about five days. In all cases, set the turkey on a large rimmed plate or a roasting pan to catch those inevitable drips.

One last note: prestuffed frozen birds should only be roasted right from their frozen state. Unwrap them and follow the package directions. Not, of course, that LC readers would ever buy a prestuffed frozen turkey. Originally published November 19, 2011.

Click here for Thanksgiving Disaster 2: The Bird’s Too Big for the Oven

Bruce Weinstein and Mark Scarbrough are exhausted. Twenty cookbooks in 12 years. Several other books for persnickety celebs. (Shhh. Confidentiality agreements.) More than 10,000 original recipes tested, tweaked, and perfected. A million or so hours on cross-training equipment, not to mention many, many pairs of elastic-waistband pants. Their work can be found in the James Beard Award-nominated Ham: An Obsession with the Hindquarter and Goat: Meat, Milk, Cheese. They’ve also written for many of the food bigwigs, including The New York Times, Cooking Light, Fine Cooking, the late Gourmet, and, in a fit of modern irony, weightwatchers.com. About three years ago, they left Manhattan for New England—or what Cole Porter called “this rural America thing”--to share several acres with some resident moose and bear, as well as an irascible collie named Dreydl.