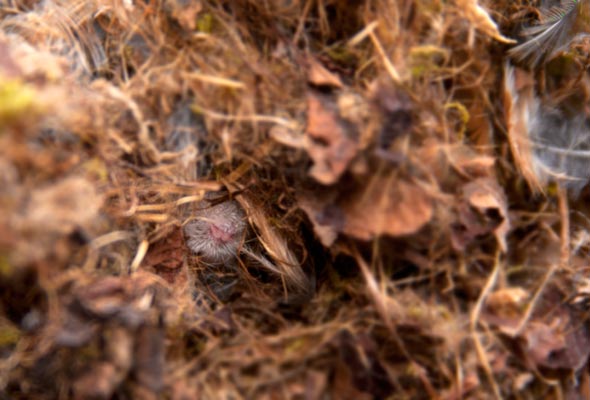 Yesterday I walked around the backyard, taking in the remainder of the damage from Hurricane Sandy. Our biggest loss was a 70-foot pine tree that crashed down within feet of the house, taking with it two other majestically mature trees. Although we cleaned up that mess a week after the storm, The One is still dragging downed branches and smashed bushes to our Christmas-tree graveyard beyond the back stone wall.

As I sat on the wall, thinking about how exposed we suddenly were to the neighbors—whom we’re thrilled rarely to see, either accidentally or socially–I spied our old grill. I was surprised that it was still standing. After all, it’s a cheap roller version, no bigger than those rickety carts that flight attendants wheel past row after row of passive-aggressive passengers.

Then I remembered a certain family that lived nearby and wondered how they’d weathered the storm. The Peromyscus leucopus family. Field mice, to be exact. Unlike the neighbors who live on either side of us and creep through the thicket of trees (which are now gone, thanks to Sandy) and scare the hell out of us while we have dinner on the patio, this family had never, ever accosted us.

I’m sure they wish they could say the same for us. Two years ago, when we decided to replace that old grill with a brand-new Weber behemoth, I was in the basement when I heard the equivalent of a school yard full of screaming six-year-old girls—followed by a terrifically loud THUNK! I’d long since grown accustomed to such shrieking outbursts from The One, usually when he encountered a snake, a spider, or a driver making an illegal lane change. Yet the Momma Leite instinct in me kicked in and I was off running. I had visions of fingers scattered all over the lawn like pink sprinkles on pistachio gelato due to a run-in with the hedge trimmers, or a bone jutting out of his calf from a fall from the ladder that’s almost as old as me. But when I arrived on the patio, clutching my man boobs and heaving, he was intact, but plaster white. I looked around for any sort of flora or fauna that could’ve triggered his involuntary castrato trill. Nothing.

“Gas them!” he yelled, pointing at the grill. “Incinerate them!”

I lifted the cover, which had been the source of the thunk when The One dropped it, and found a nest of leaves, feathers, down, and grass…occupied by two small mice that were looking up at me with perhaps the most pleading expression I’ve seen since my Mickey Mouse days. As I leaned in closer, I saw a litter of purply-pink pups that looked like a pile of nubbins straight of out Hagrid’s cottage in Harry Potter.

I looked back at The One, as if to say, “This is what scared the girls out of you?”

“Gas them!” he shouted again. I would do no such thing, and he knew it. So, like one of those flight attendants exasperated by an irate passenger, I wheeled the grill to its present spot, careful not to lose even a single nubbin along the way. I removed the gas tank, lest The One’s exterminating tendencies get the better of him, and the grill has sat there untouched and unsightly lo these past two years. Since then, I’ve regularly left canning-jar caps filled with nuts and seeds in the grill for the family, but every time I lifted the lid, all I found was the abandoned nest, crumpled from disuse. Not unlike a rodent Bronx, circa 1975.

Yesterday, though, when I lifted the cover, the nest was unusually tidy. My first thought? Two gay mice have moved in. (Think about it. What’s the first thing we do when we move into a new home? Redecorate.) As I leaned in closer, I saw it. A tiny pink nose twitching. I immediately ran to the shed and poured some bird seed into a small container and placed it in the grill. I checked back this morning, and most of it was gone. I’m still not convinced we’re not landlords to gay mice, as the shells from the sunflower seeds were arranged in a tiny croquembouche cone. Either that or they’re celebrating Christmas early this year.

Croquembouche — pâte á choux puffs with a creamy filling, dipped in hot caramel, and stacked into a pyramid — is one of my favorite special-occasion desserts. Sometimes I make a towering one and adorn it with spun sugar, but this year I kept it small, simple, and sweet. The cookie stars look like ornaments on a tree. Use small star cutters (ultimatebaker.com) and medium-size ones (coppergifts.com). Decorate with royal icing, and sprinkle the icing with fine sanding sugar; let stand until set.–David Leite