David explains what exactly that rather absurd-looking root vegetable known as the celery root, or celeriac, is and why you need to try it. And no, it’s not the same thing as celery. 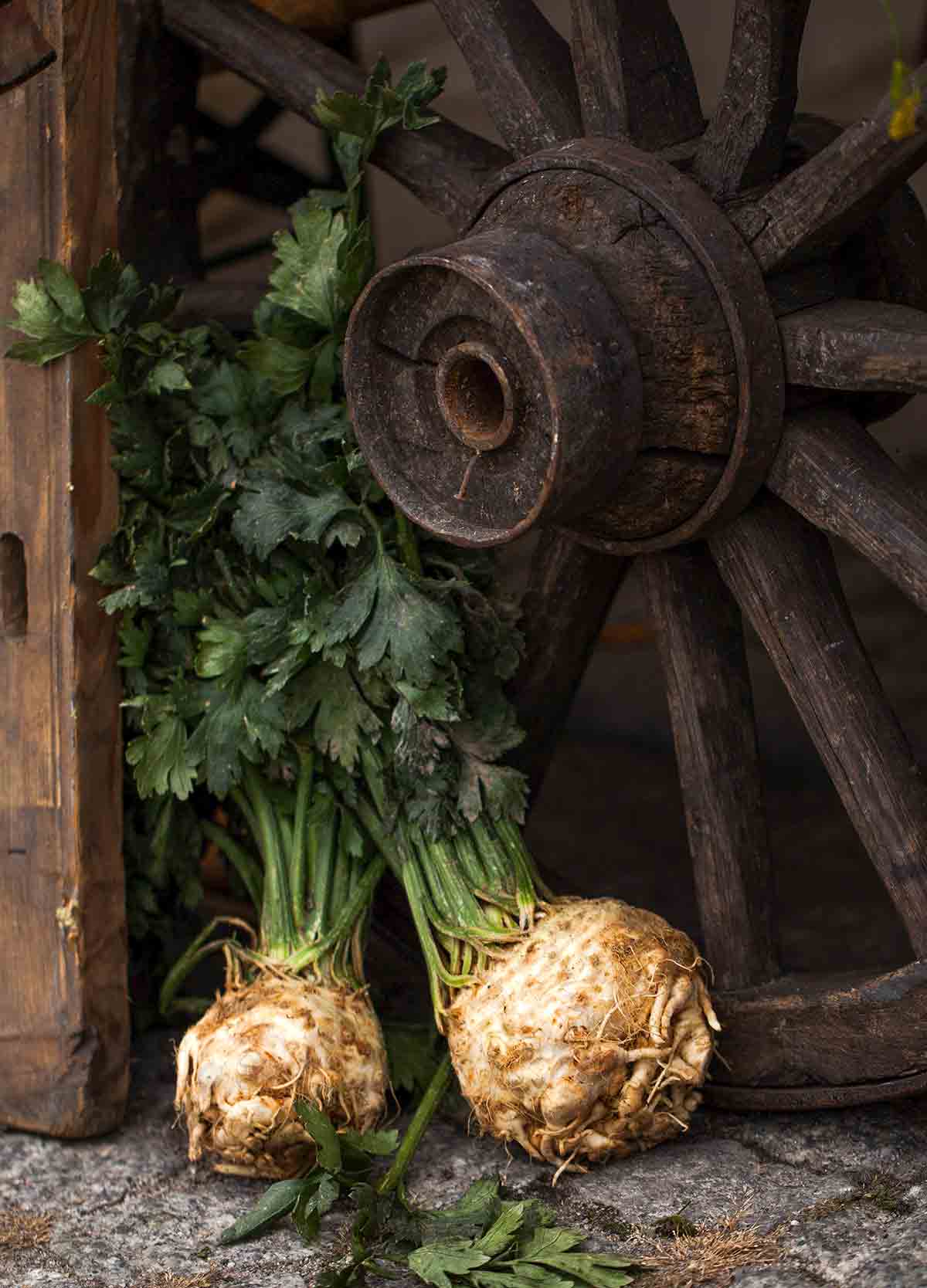 It looks like something from the prop room of Star Trek. It could easily double for a whorled alien brain, a hairless Tribble, or an E.T. with one hell of an ugly mug. As if its low score in the looks department weren’t enough, it goes by several aliases: celeriac, turnip-rooted celery, knob celery. I even saw it christened celery globes at my local supermarket. To confuse matters even more, it isn’t the root of the popular stalk celery we all buy to add to a crudité platter, but rather the root of the less common variety, rapaceum. So it’s no wonder that for nearly 200 years people have been reaching past celery root to choose other vegetables for dinner.

What is celery root used for?

“It’s not a pretty sight,” says Suzanne Tracht, co-owner and executive chef of Jar, “but it has a lot of uses.” Tracht, practically the doyenne of celery root in LA, uses it in soups, salads, purées, roasted vegetable platters, and even in slaws to accompany her whole-belly fried clams. “It has an assertive, refreshing taste,” she adds. It has flavor notes of celery and parsley but with the crunch of a crisp, just-picked apple. Even roasted, as in a celery root-potato gratin, it can hold its own; it refuses to take on the mellow, buttery flavor of the potato, but instead offers up a slight tang guaranteed to keep guests guessing.

How to select a celery root

Tracht gives some tips to help ease the approach-avoidance dance most shoppers experience when encountering celery root. First, she says, realize it will be dirty, dirtier than most vegetables because of all of the nooks created by the gnarl of rootlets. Don’t let that be a turn off. In fact, it’s a good sign. “It’s probably fresh if it still has a lot of good earth clinging to it.” She also counsels that it should be heavy feeling, not hollow.

How do you prepare celery root?

When you get your alien vegetable home, scrub and dry it. If you’re not going to use it immediately, store it in a cool place. “A root cellar is perfect,” says Tracht, laughing. At last count, not too many LA apartments come with their own root cellars, so she capitulated and added the vegetable drawer of the fridge as a suitable substitution.

So there you are, finally standing in front of your celery root, ready to cook. Now what? “Lop off the bottom quarter,” Tracht says, “then slice off the stem piece.” For the vegetable-y challenged among us, think of the root as the earth, and slice off a good portion of Antarctica and the North Pole. Then peel as you would a potato or turnip, using a vegetable peeler or a sharp paring knife.

Do yourself a favor before cooking with it, and slice off a sliver and pop it in your mouth. The fresh, clean taste will win you over, disproving the notion that beauty is only skin deep. With celery root, you must boldly go where no man has gone before. Originally published November 16, 2009.

© 2021 David Leite. All rights reserved. All materials used with permission.