How to carve a turkey like a pro offers easy, step by step instructions on how to present a Thanksgiving platter that’ll elicit oohs and aahs and ensure your dinner looks more like a centerpiece than a chainsaw massacre.

Reacquainting oneself with how to carve a turkey each year has to rank among the Thanksgiving performances folks tend to dread the most. Right up there with restraining your significant other from discussing politics with your uncle and quietly enduring your mother reminding you, yet again, of what hairstyle would look flattering on you. Thankfully, unlike family dynamics, carving a turkey is actually within your control. And it’s not as hard as you’d expect. It’s just a matter of knowing the right technique. Like the one explained in straightforward, step-by-step instructions below. Because not stressing about how to carve the turkey affords you SO MUCH more patience for all those other holiday rituals. Which in turn makes your Thanksgiving dinner—the turkey carving part, anyways—as Rockwell-ian as possible. —Renee Schettler Rossi

Divvy the carving into the following steps, doing them in the order below.

Place the bird, breast-side up, on a carving board with the legs facing you. Using a carving knife, cut through the skin between the breast and the thigh. Locate the thigh joint and cut through it to remove the drumstick. Repeat on the other side. Leave the thighs on the bird to stabilize it while you remove the breast.

There are two ways to handle the breast: either carve it in thin slices directly from the bird or first remove the entire breast from the turkey and then cut it crosswise into neat slices. Here are instructions for the latter. Just above the thigh and wing, carve a deep horizontal cut through the breast to the bone to create a base cut. Slip your knife alongside the breastbone and slice downward, parallel to the breastbone, to meet the horizontal cut. You should be able to remove the entire breast half. Place it on a cutting surface and slice it crosswise to cut into thick medallions. Repeat on the other side.

3. Remove the thighs and wings

You’ve already cut around the thigh so you should be able to pry each thigh away from the joint fairly easily and then use the knife to slice the thighs from the bird. If desired, cut each thigh into thick slices. Next, locate the joint between each wing and the breastbone and cut through the joints to remove the wings.

4. Arrange the turkey on a platter or cutting board

[Editor’s Note. That’s it. Your work is done. All that remains is to graciously accept accolades from family and friends. That wasn’t so difficult, was it?!] Originally published November 18, 2015. 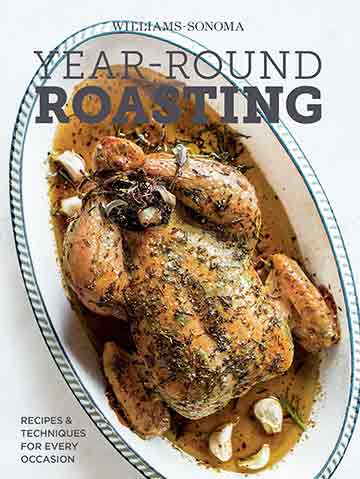 This is a well-written and excellent method explaining how to carve a turkey. Although I've used variations of this method in the past, following these directions exactly allowed me to get the most meat from my turkey. The directions as written made perfect sense to me. Further following the directions, it was helpful to remove the drumstick but leave the thighs in place. This way, the drumsticks weren't in the way, and it was easy to carve the meat off them or add them whole to your platter. Prying the thigh away was also straightforward and easy to see with the breast and drumstick out of the way. Overall, it was an easy process and the breasts came away in one nice solid piece. Once they were removed, slicing them was infinitely easier than attempting to slice the turkey breast meat while still on the bird.