Skip to content
home | recipes | Lard and Butter Pie Crust
Jump to the recipe
Shares1.2kPinShareTweetYummlyShare on FlipboardEmailHeart this post

This lard and butter pie crust is the flaky, tender, flavorful piecrust you’ve longed for but may not have had the nerve to make. 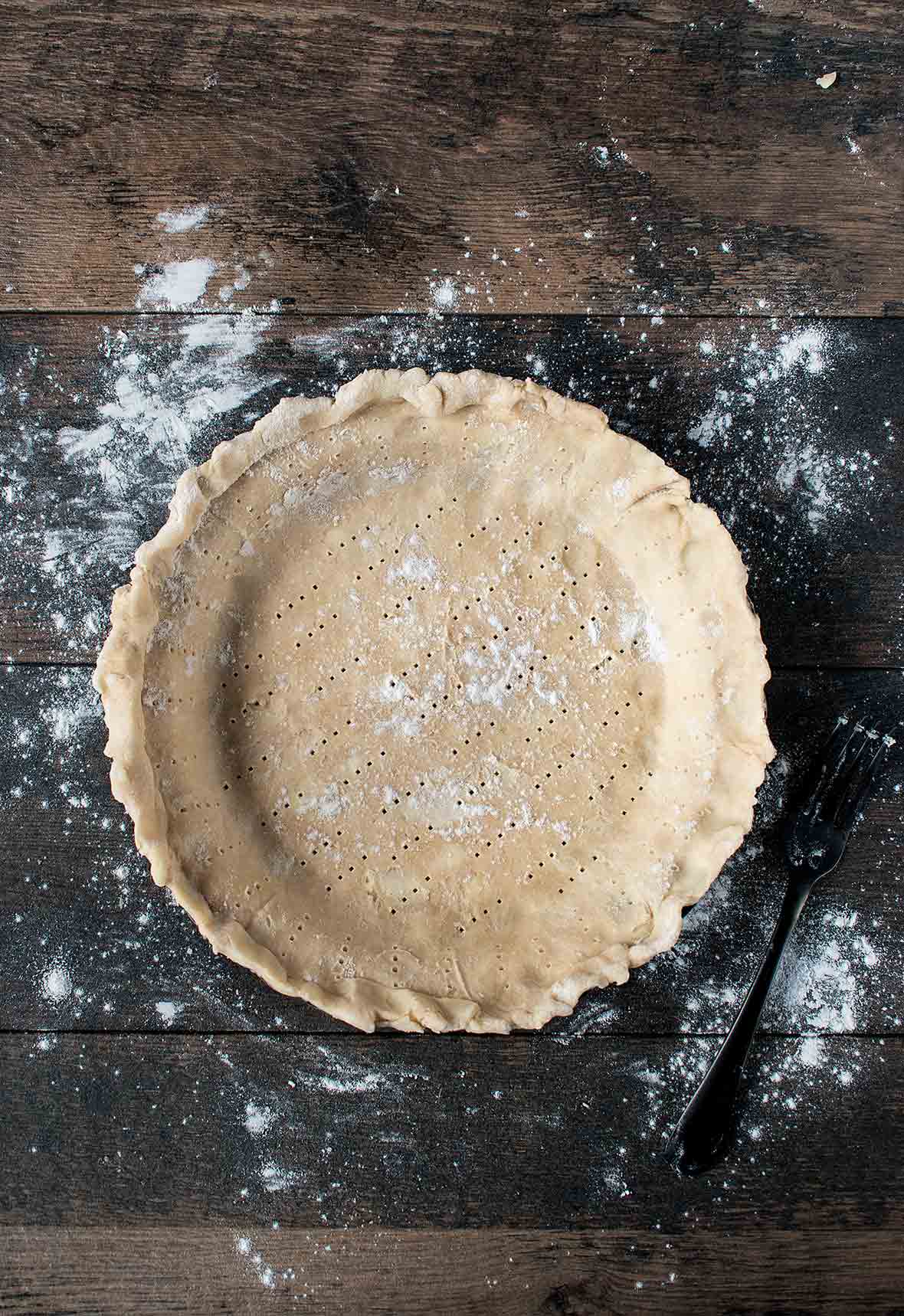 In a food processor fitted with metal blade, combine the flour, salt, and sugar.
Toss in the butter cubes and process with five 1-second pulses.
Toss the cold lard into the processor and continue pulsing until the butter is no larger than the size of peas and the flour is pale yellow and resembles coarse cornmeal, about four 1-second pulses. Dump the flour mixture into a medium bowl.
Sprinkle 3 tablespoons of ice water over the flour mixture. Working quickly, use a fork to fluff and mix thoroughly. Squeeze a handful of dough—if it doesn’t stick together, add the remaining water, 1 tablespoon at a time.
Handling the dough as little as possible, divide it into 2 balls, one slightly larger than the other. Flatten each portion of dough into 6-inch discs. Wrap in plastic wrap and refrigerate for 30 minutes.
On a lightly floured work surface, roll each portion of dough to slightly larger than your pie plate. Carefully drape the slightly smaller portion of dough in the plate. If desired, prick the bottom crust with the tines of a fork, if desired.
Fill with your favorite pie filling recipe, top with the remaining portion of dough and crimp the edges. Trim any excess dough that hangs over the edge. Freeze the unbaked pie for up to several weeks or transfer it to the fridge for at least 30 minutes before baking according to your recipe. Originally published January 9, 2002.
Print Recipe

This was one of the best pie crusts I’ve ever tasted. It was also one of the easiest to make. With this recipe in your arsenal, you’ll always get great compliments on your pies.