Tinto de verano, which loosely translates as “summer red wine” in Spanish, is a cooling and not too intoxicating drink to have on a hot day. Red wine, preferably Spanish, is mixed with Sprite or 7-Up and poured over ice. Ahhhhhh. 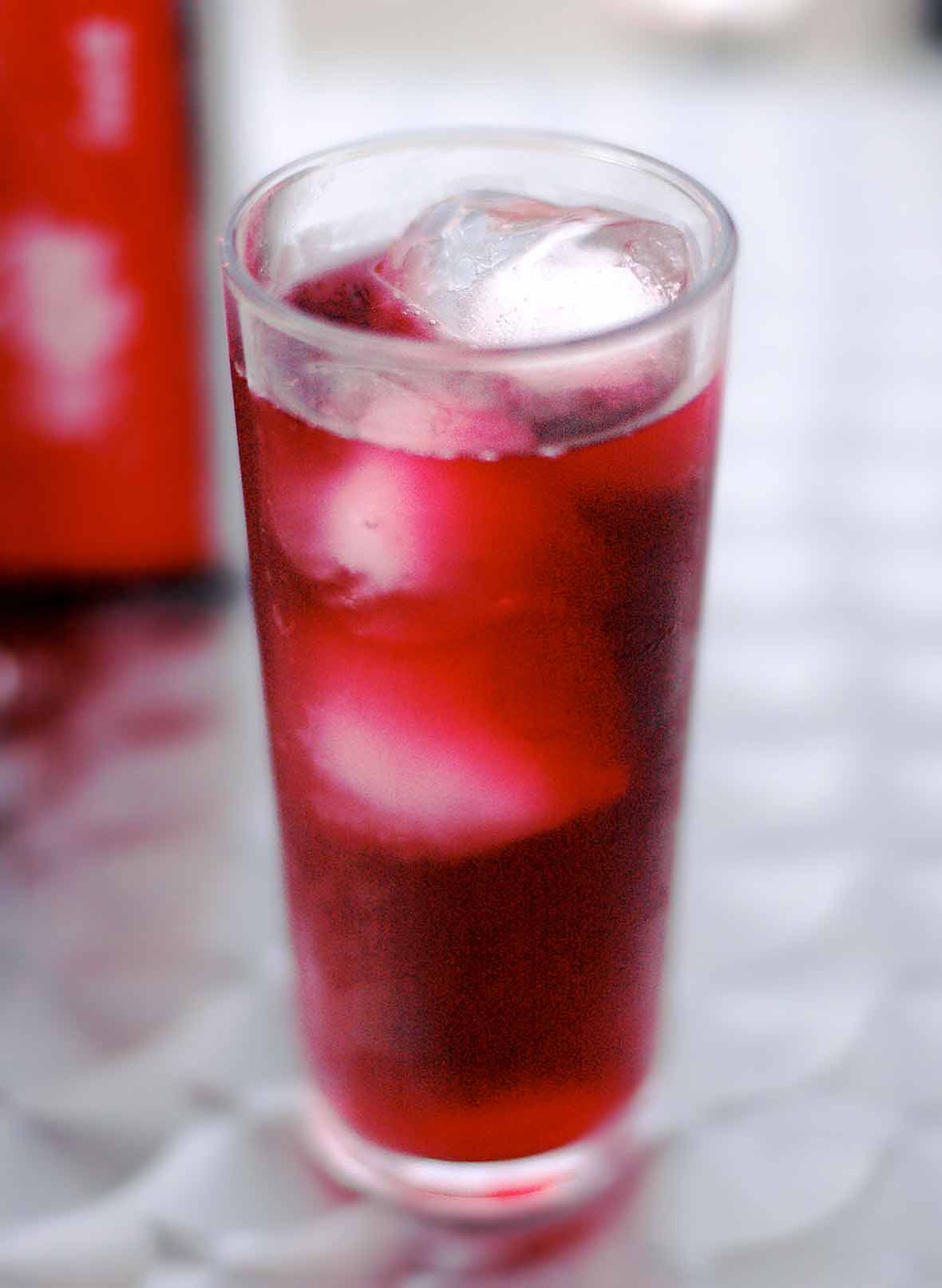 There’s one unquestionable way to stand out as a tourist in Spain. Order sangria. Natives, on the other hand, tend to gravitate toward an alternate cocktail that’s just as much a classic. Known as Tinto de Verano, it’s essentially a wine spritzer made from equal parts red wine and gaseosa, or lightly sweetened lemon-lime soda, sorta the Spanish equivalent of Sprite or 7-Up. Tinto de Verano is far less boozy and slightly less expensive than that other, more commonly chugged Spanish libation. Though it doesn’t always make an appearance on cocktail menus, trust us, it’s there. And it’s worth getting to know. Originally published July 15, 2010.–Renee Schettler Rossi

Toss a few ice cubes into a tall glass. Pour in the red wine and then add the soda. Toss in the lemon slice, if desired. Sip leisurely.
Print Recipe