Martha Stewart’s recipe for classic pâte sucrée is, befitting Martha herself, quite simply a knockout. A sturdy dough supports any number of fillings but still retains gorgeous flakiness. Make sure to use butter that’s as cold as possible.

While it may sound quite pretentious, “pâte sucrée” (pate soo-CRAY) means, quite simply, “sweet pastry.” And that’s exactly what you get. A sturdy, surprisingly easy to handle dough, thanks to a relatively high proportion of sugar and egg yolk, that’s quite adept at supporting all manner of pies and tarts. Were we to have a say in naming things, it’d also be known as “super simple pastry that’ll lend you confidence in your crust-making abilities, make you a legend in your own kitchen, and send all your guests back for seconds.” No need to wonder how to say it in French. You already know.–Renee Schettler

There’s a very simple reason pie crust recipes call for cold butter. The short answer is it makes the dough flakier. The long answer is it helps the butter in the dough remain solid rather than turn into a puddle until it’s met by the blast of a hot oven. Then the butter shrugs off its moisture in such a way as to create layers and layers of sweet, flaky pastry porn. You might say it melts in your oven, not in your hand. In the summer, we take it one step further and tend to chill the flour as well, just as an added precaution to said butter temperature patrol. 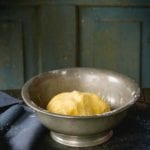 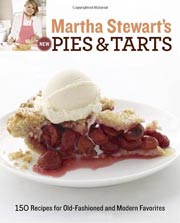