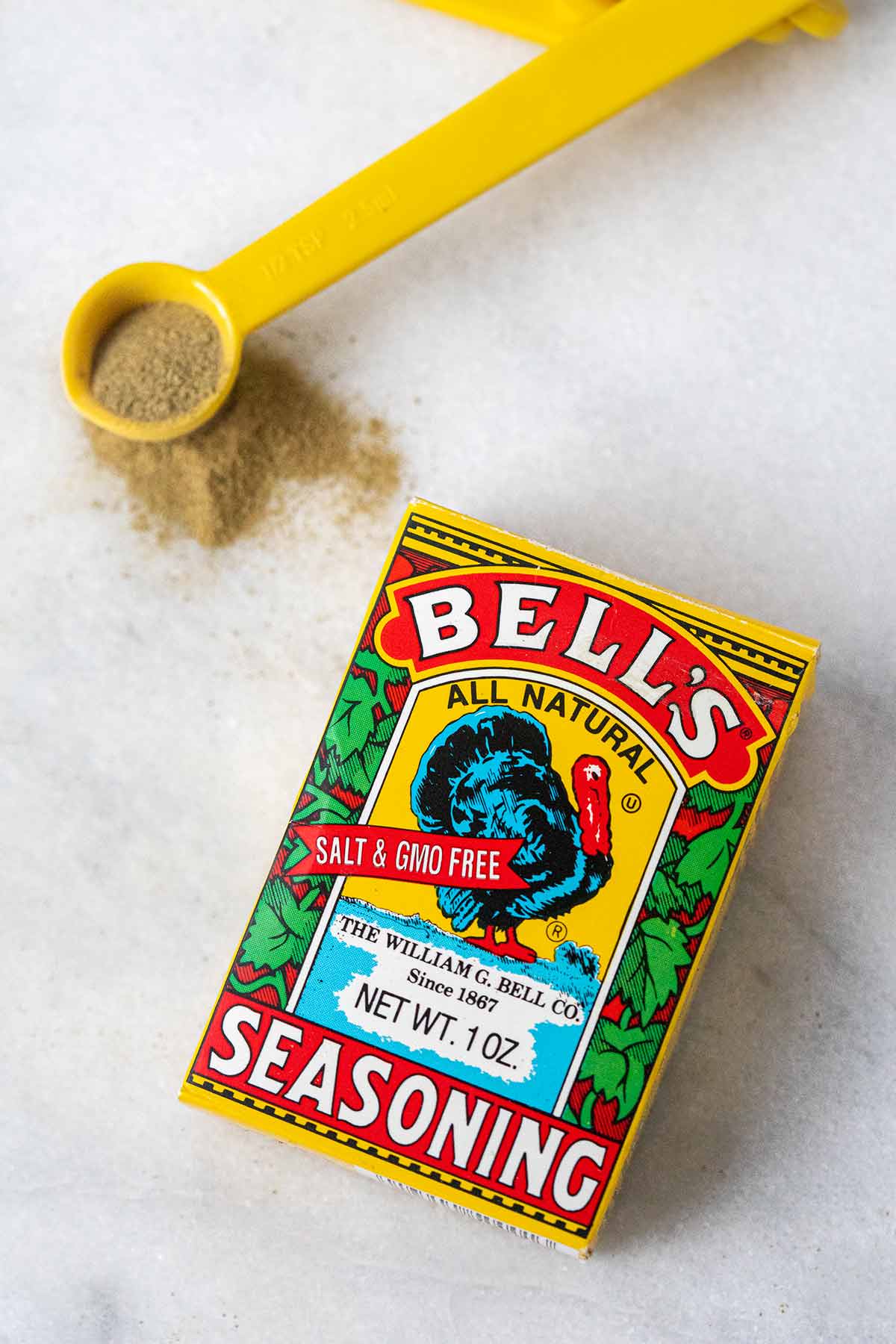 Recently, I was gobsmacked–just gobsmacked, I tell you–when I mentioned Bell’s Seasoning to the LC staff. They all just looked at me. Dumbstruck. Bewildered. Confused.

They’d never heard of it.

When they asked what it was, all I could do was keep repeating, “Bell’s Seasoning.”

To me, Bell’s Seasoning is something so essential to Thanksgiving cooking, it defies definition. Or so I thought. Apparently, if you’re not a born and bred Yankee, Bell’s (that’s what we locals call it) might be unfamiliar. It has always been so elemental, so ubiquitous, so foundational to my turkey and stuffing, it’s one of a handful of entities known only by a first name, like Cher, Diana, Bette, Madonna, and Christ.

And it’s something you NEED to know for Thanksgiving.

What is Bell’s Seasoning?

Bell’s Seasoning is a poultry seasoning mix–a unique blend of herbs and spices concocted by William G. Bell in Boston in 1867. It consists of ground rosemary, oregano, sage, ginger, marjoram, thyme, and pepper.

Yes. And not only that, it’s vegan. Plus it contains no salt, preservatives, additives, or artificial ingredients. Clearly,  Mr. Bell was waaaay ahead of his time.

What can I use Bell’s Seasoning on?

The better question is, what can’t I use it on? Of course, the first stop on Thanksgiving Day is the turkey. A generous sprinkling into a small bowl of melted butter is all you need to create an herbaceous baste for your bird. But don’t stop there. It’s great in stuffing–especially old-fashioned sausage stuffings such as Homemade Cornbread Sausage Dressing or Sourdough Dressing with Sausage and Prunes. And it wouldn’t be out of place in my godmother Dina’s Potato Dressing. It’s even pretty awesome in pumpkin soup and in that much-needed Bloody Mary just before the in-laws arrive for the holiday weekend.

Where can I buy Bell’s Seasoning?