This classic cannoli is a traditional Italian dessert made with crisp homemade shells filled with a mix of ricotta, sugar, cinnamon, and chocolate chips.

All we know about this cannoli recipe is that the author’s father opened his own pastry shop in 1961 after working for several years at DeLillo’s, located on 187th Street in the Italian section in the Bronx. We can only assume the recipe below is based on the cannoli sold at that shop. Based on our experience with this recipe, we can also assume that the lines went out the door for the cannoli.–David Leite 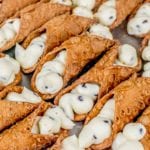 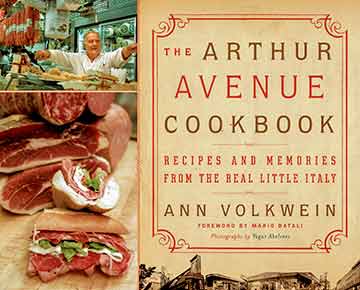 For the cannoli shells

For the cannoli filling

So, I’ve never actually had a cannoli in my life. But I had a pretty good idea of how they should taste and what texture they should have.

It should be obvious that I wouldn’t have the appropriate equipment for cannoli making—the cannoli cutter or the cannoli rod—so I improvised. I used stainless steel pastry horns and squeezed a round cookie cutter until it resembled an awkward oval.

This recipe made about 20—it was hard to tell exactly how many between all the crumbly bits and the fact that they were eaten as fast as they cooled. I am not sure that I would make this again but that is only because my inexperience with them. They were delicious but I did find it a bit frustrating—pastry isn’t my forte and when you add deep frying to that, I might have just been a little out of my depths. Having said that, they were tasty and I love a challenge so this might become one of those crazy bucket list things. But first—I’m going to pick up some from an actual Italian bakery, just to “test.”