Skip to content
Home » The David Blahg » I, Farmer David 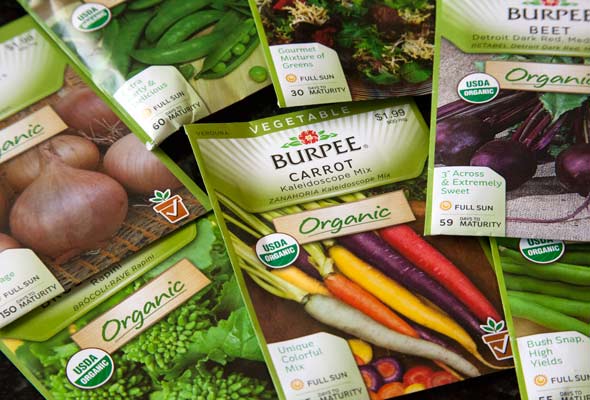 I have a complicated relationship with plants. Not all plants, just vegetables. And not vegetables themselves, actually, just the growing and harvesting of them.

See, I was subjected to indentured servitude on a farm in Swansea, MA, when I was 13 years old. Momma and Poppa Leite had felt the experience would be “good for you.” Besides, what else do you do with a depressed teenager who’s not only morose but terribly anxious? Considering it was the early ‘70s, my parents had two choices: hard work or hard-core meds. (Remember, this predated the age of mixologists MDs, so the drug of choice was Mother’s Little Helper: Valium. Plus, I’d gotten ahold of a copy of Valley of the Dolls that someone had left for trash, and there was no way in hell I was going to turn into Neely O’Hara—sparkle or no sparkle.)

So for three ballbusting years, I spent my summers bent over and picking peppers, green beans, zucchini, and summer squash; stringing and popping suckers off tomato plants; and slicing cabbages from their roots with perhaps the dullest, rustiest knife ever honed by man—all the while getting redneck sunburnt, scratching my ass (never relieve yourself in the middle of a poison sumac patch), and praying for rain, a tornado, hurricane, or other natural disaster.

I also had to endure the ceaseless taunting by the other hired farm boys, who pointed to their crotches as they called my name because they somehow knew I was the rarest of things on a vegetable farm: a fruit. (To be fair, no one escaped the ribbing. It just stung extra bad because though I was years away from florid denial—I was too young and naive even to be in denial yet—I somehow knew what they so crudely intimated was true.)

During lunch I’d sit in the cool shade of the maple tree, fantasizing that one day I’d become as rich as Jay Gatsby and that I, too, would wear swell Brooks Brothers clothes and drive a yellow Rolls-Royce while the other boys pumped my gas. (The Robert Redford-Mia Farrow film had just come out, and though I was too young to see it, I devoured the novel as well as every single sentence about the movie in the premiere issue of People magazine.) 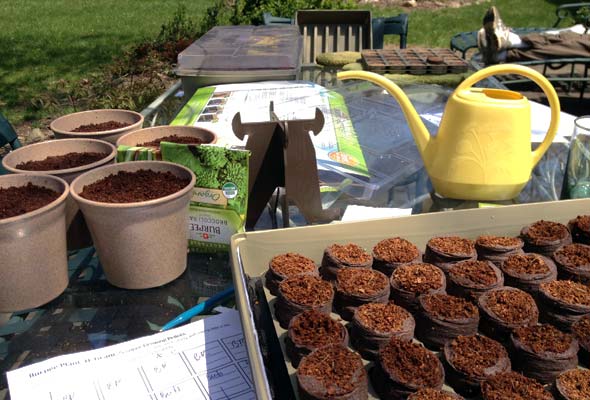 It was with this swirl of memories—possible child-labor violations, adolescent bullying, and a penchant for pastel, pin collar dress shirts—that I faced off with our garden this past weekend.

Recently The One and I had agreed that if I’m really going to go all Green Acres on him, as I promised in our first podcast, I really need to grow all our vegetables from seed this summer. In years past, we’d trudge over to New Morning, our local organic food store, and bring home armloads of young plants and herbs that I’d happily dump on him, instructing him where to put them. But this past Sunday we ambled through The Home Depot until we found Burpee seed starter kits and organic seeds. We argued over which to buy—I campaigned for any carbohydrate or allium, The One insisted on green rabbit food—and, as a way of demonstrating to him my newfound devotion and recommitment to country living, I uncharacteristically acquiesced. Kind of—I still got my onions. And I didn’t stop at 25 sod pods, as he pleaded. Nor 50. Or even 100. No, I went for the big kahuna. I bought 150 sod pods. Plus five pots for herbs. The sprawl of what will be Jardin Chez Leite, as I call our backyard behemoth-to-be, is so large, I had to drag a folding table from the basement and abut it against the windows in the family room to hold all my seedlings. (Oh, he loved that.) 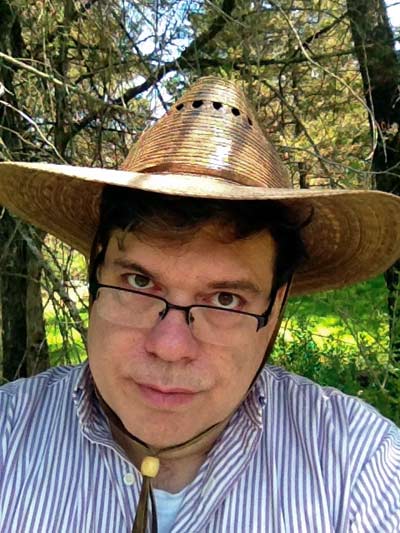 Come Sunday, as The One relaxed with the New York Times (witness him reclining on the chaise in one of the photos above), I spent the better part of the afternoon shaded by the brim of my ridiculous-looking new gardening hat (I’m trying to control a bout of adult-onset rosacea, not pretending to be fashionable) while I seeded, watered, charted, and cursed those seed pods. Do you know what a pain in the ass it is to get exactly two mesclun, broccoli rabe, or onion seeds—which, incidentally, taste exactly like the onion seeds you get in fancy restaurants…who knew?—into those freaking small holes in the dirt? After an hour I gave up and just started cramming as many seeds as I could into each pod. I figured at least one seed is bound to take root. (Uh, right?) 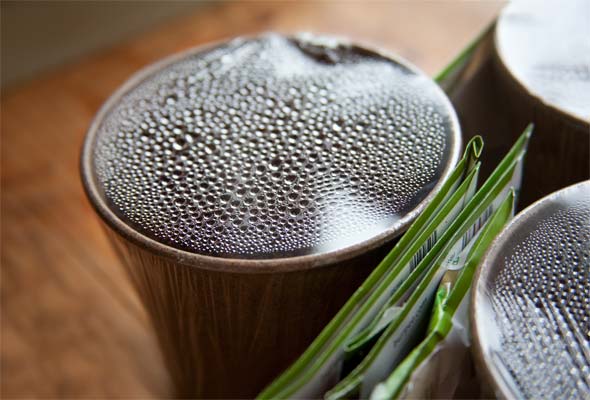 The next morning I rushed to the trays of pods, each covered with condensation clinging to plastic covers, and peered in. I knew one night wouldn’t make much difference, yet I still poked each of the sod pods, looking for any signs of life. It reminded me of a project I had to do in Cub Scouts, in which Momma Leite (who was also my den mother) and I raised plants in Dixie cups pulled from the space-age dispenser glued to the bathroom cabinet. If I remember correctly, every single one of those plants died.

I’m hoping that all those years of backaches and perpetually dirty fingernails from the farm taught me a thing or two. Stay tuned.

I think my seedlings-to-be have suffered death by steam heat. The instructions on the Burpee starter kit read, “Just add water and light.” So my logic went like this: If plants like full sun, and seeds are baby plants, then seedlings like full sun. So I carefully carried the covered trays to the front porch and placed them on the warm slate floor. The plastic covers instantly filled with tiny fish-eye beads of condensation. And there the trays sat for eight hours yesterday and six hours today. When I just took my umpteenth peek, hoping to find my little ones tendriling, all I found were a few pallid-looking beans with wilted shoots. I’ve gone from creator (with a little “c”) to mass murderer in fewer than 72 hours. I have chlorophyll on my hands, I tell you. Chlorophyll.