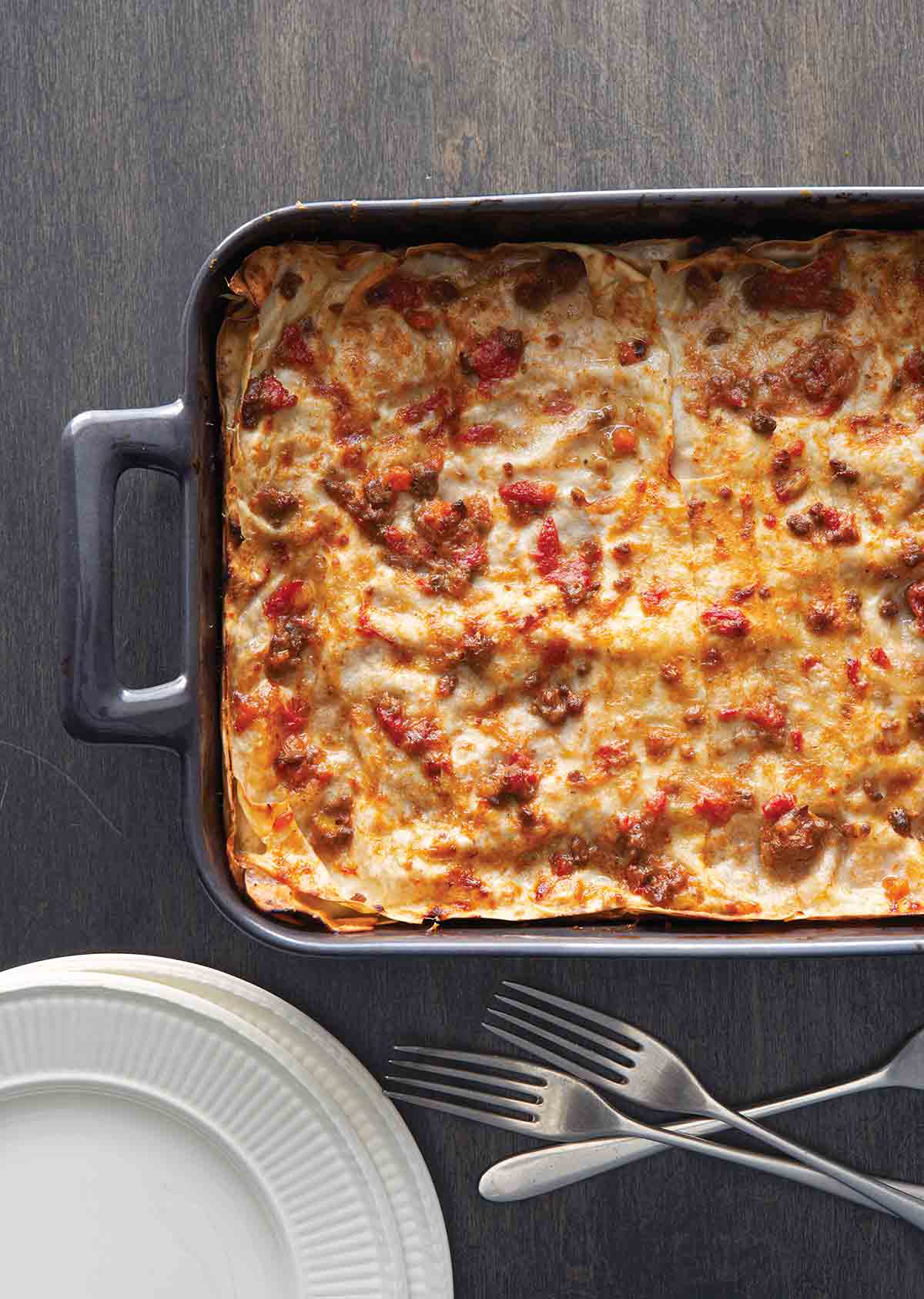 This recipe is a cinch to follow. Guiliano writes that you can make it over two days, but if you’re organized (which I’m not), you can make in an afternoon—which I did. My only problem was that I had to stop rolling the dough two settings before the narrowest setting that the recipe specified because the dough was stretching too thin. Thinking I perhaps made a mistake and had already rolled it into pasta oblivion (after all, I was picturing those hefty-hefty, thick-as-plywood lasagna noodles of days gone by), I posted a picture on Facebook in the hopes of getting feedback. And who should reply? None other than the doyen of Italian cooking—Marcella Hazan. She wrote, “Nice touch David, to lay out the pasta on checked fabric to display its transparency. Homemade egg pasta is at the top of the pasta pyramid, and homemade lasagne alla Bolognese commands the very peak. Why have so few refused to make that ascent? Congrats, D.L.” As you can imagine, I was practically vibrating with pride. END_OF_DOCUMENT_TOKEN_TO_BE_REPLACED

END_OF_DOCUMENT_TOKEN_TO_BE_REPLACED

I am not ashamed to admit it publicly: I’m a Solanum tuberosum freak. Yep. Lock me up and throw away the key to the pantry. In other words, I’m a potato fanatic. I wave my freak flag high and proud. I worship all sizes and shapes of this seductive tuber. In fact, so deep goes my freakiness for the starchy little fellows that I have, on many occasions, eaten for dinner nothing but a big-ass bowl of mashed potatoes. (And, yes, I’m well aware of all the big-ass references you’re probably thinking of that can be inserted here, but I’d happily risk your sniggers than be less than my true, unadulterated self.)