How to tell if a tomato is perfectly ripe is a skill that we should all know, especially those of us that love to cook and consume them. Sit back and read David’s tips for always picking the best of the best. 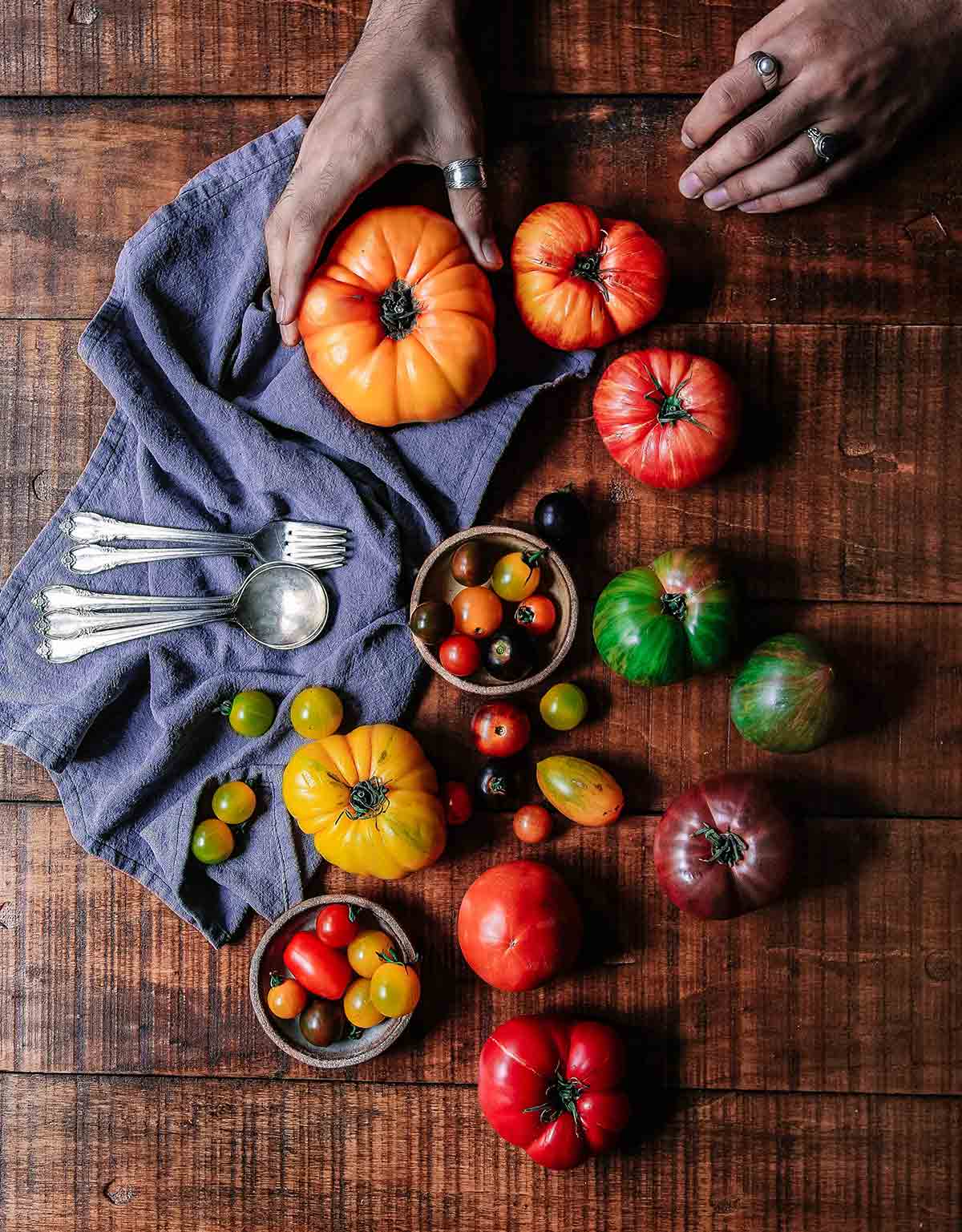 So you find yourself standing, motionless, in the produce department of your local grocery store or at the farmstand befuddled by the mounds of Big Boys, Early Girl mortgage lifters, bunches of Romas with their tangles of green vines. And you wonder, “How in the hell do I know which is a perfectly ripe tomato?”

When I was a maudlin 14 year old, my dad, a plain-talking, straightforward kind of man, believed that a lot of hard farm work, sunshine, and a few cases of poison ivy would lift my mood in no time. Bless his heart. Of course, he was wrong. No amount of sunshine, sore muscles, or bouts of an itchy ass were a match for bipolar disorder. END_OF_DOCUMENT_TOKEN_TO_BE_REPLACED

Whole hog barbecue is a specialty of the rural South. Ricky Parker, who passed away in 2013, was the owner of B. E. Scott’s Barbecue in Lexington, TN. In 2004, he agreed to let David apprentice for a week–the hardest week of the year: July Fourth. Here’s a recounting of David’s literal trial-by-fire education. (Scott’s is still open, and we encourage you to visit!) 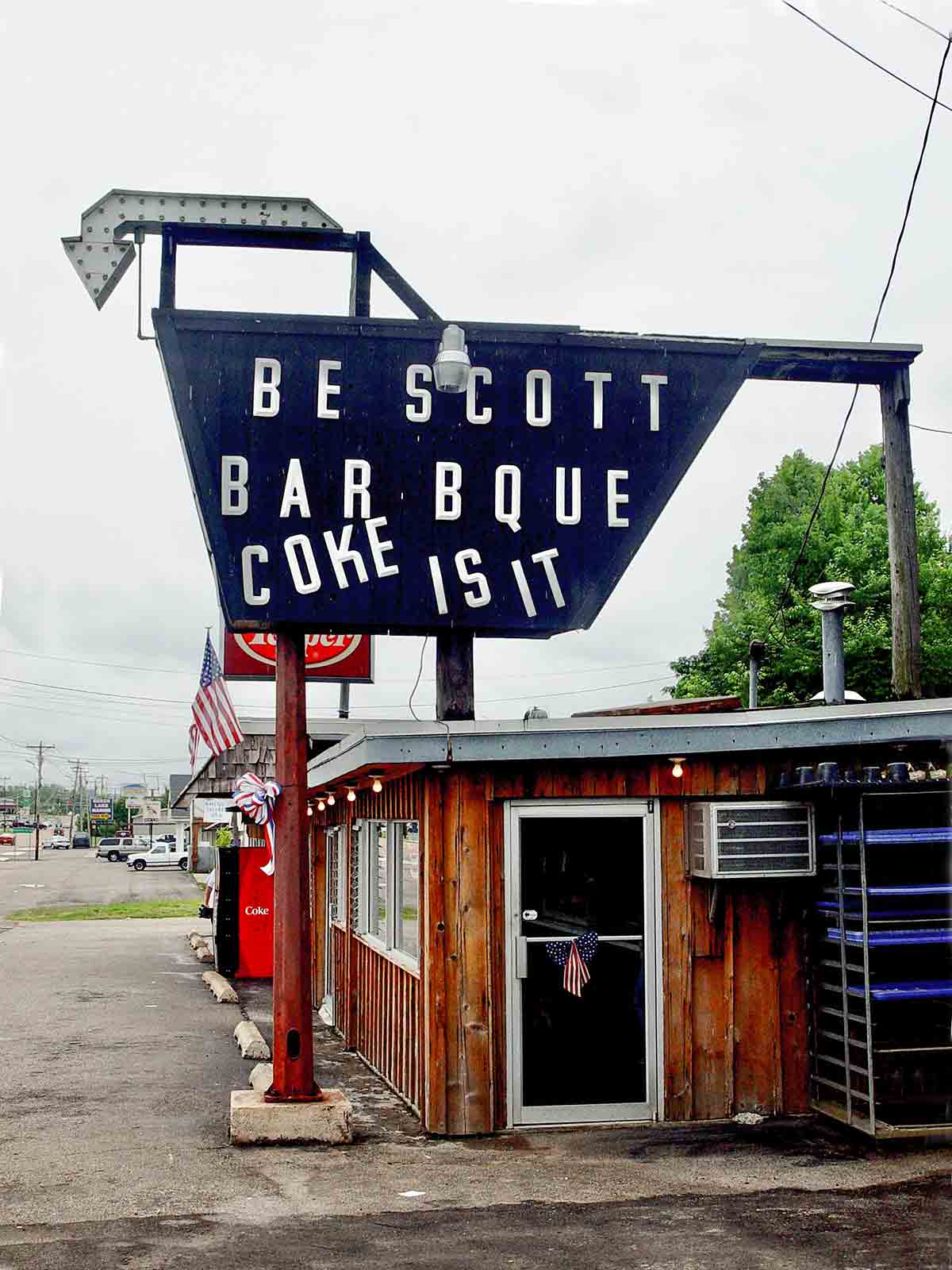 Traveling west between Nashville and Memphis, across the rhinestone buckle of the Bible Belt, I headed deeper into the South’s other and equally worshipped belt—that of barbecue. Every few miles, advertisements for pulled-pork sandwiches shared billboard space with promises of salvation from ministers who looked as if they should be presiding over a congregation of used-car salesmen, not sinners. Stapled to telephone poles were handmade signs with the letters “BBQ” and a hastily drawn arrow underneath.

Few things other than barbecue could wrench me from the familiar comfort of my air-conditioned New York apartment and drop me into western Tennessee, especially in the torpid heat of late June. It wasn’t because of any abiding love for the food, but rather because of a colossal, unmitigated lack of understanding. Having been raised in New England during the culinarily unenlightened ’60s, I took anything my father put on our hibachi to be barbecue. Steak? Yep. Hot dogs? Certainly. And while you’re at it, why not grilled cheese made with Velveeta? But later, as the cult of pork crept north, I found myself at swank eateries downing Kansas-, Texas-, and Memphis-style barbecue, and I was none the wiser. It seems no two people who have ever huddled over a pit have agreed upon what animal to cook, how to cook it, whether to sauce it, or when to season it. There isn’t a technique that confounds me more, and, considering how barbecue is suddenly the food of the moment, I figured I needed to learn more.

I contacted my friend southern food writer John T. Edge, a short, wiry man whose face has the scrubbed shine of a just-opened lichee nut, and asked him where I could go to learn about barbecue firsthand. END_OF_DOCUMENT_TOKEN_TO_BE_REPLACED

David Leite recounts the circumstance and memories that conspired to help him create a magnificently rich croque monsieur casserole. 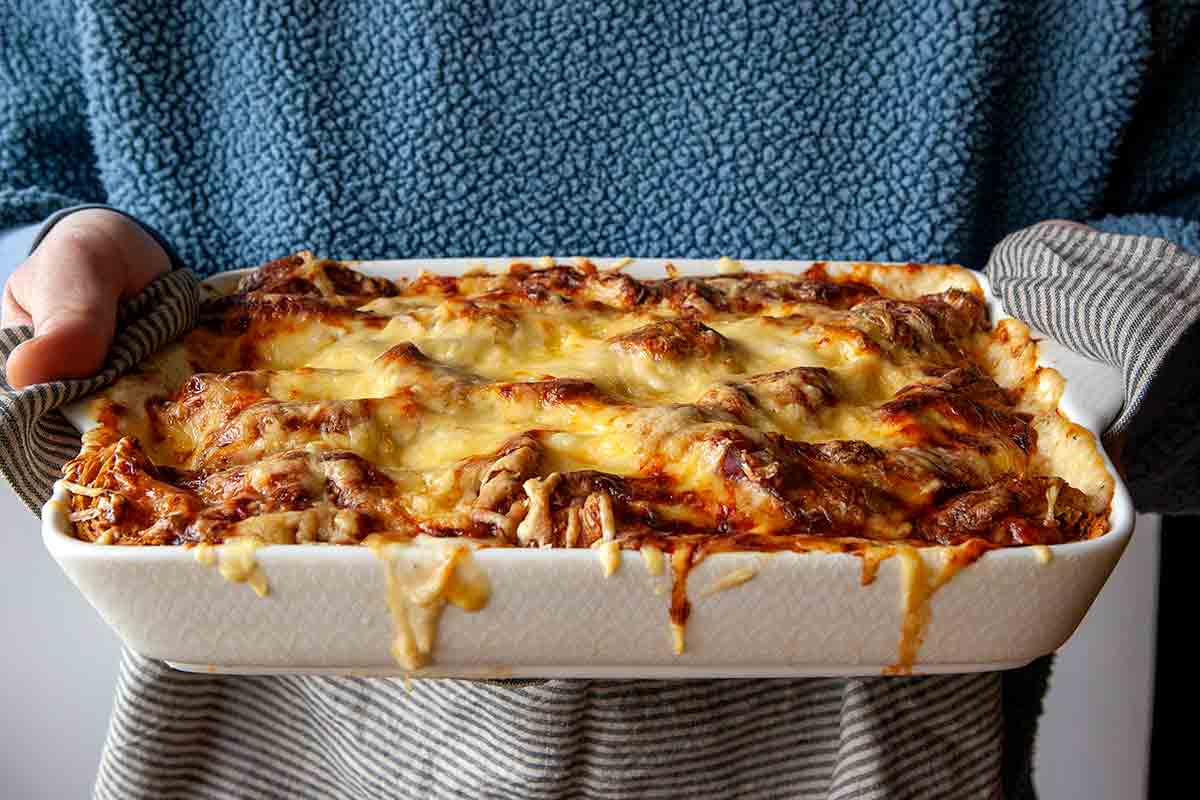 The croque monsieur. My first real one (real in the sense of in France, in Paris to be specific) was at a little wedge of a bistro in the ninth arrondissement about 30 years ago. The pulse of new love, years of near fat-free dieting, and the swirl of Parisian life held hands and duped the neurons in the pleasure center of my brain to elevate this humble sandwich–this particular humble sandwich–to the perfect example of a bistro bite. The UR-bistro bite. The one against which all other bites are measured. END_OF_DOCUMENT_TOKEN_TO_BE_REPLACED