Apple cider steamed mussels are a no-brainer for the autumn. Plump mussels are steamed with cider, a bit of cream, and onions. And, of course, you need frites on the side, all the better to sop up that creamy apple-infused cooking liquid.

Ever notice how everything sounds better in French? Take this recipe title. It’s utilitarian but, to be frank, it’s sorta clunky. Yet in its original French, it’s moules au cidre et frites maison. Wrap your lips around that. And then wrap your palate around this recipe. It draws on the classic ingredients of the Normandy region along the coast. And we’re quite fond of its French accent.–Renee Schettler 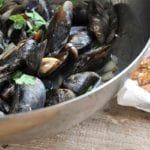 Apple cider steamed mussels are a no-brainer for the autumn. Plump mussels are steamed with cider, a bit of cream, and onions. And frites on the side.
Prep 10 mins
Cook 40 mins
Total 50 mins
Mains
French
4 to 6 servings
690 kcal
5 / 2 votes
Print Recipe 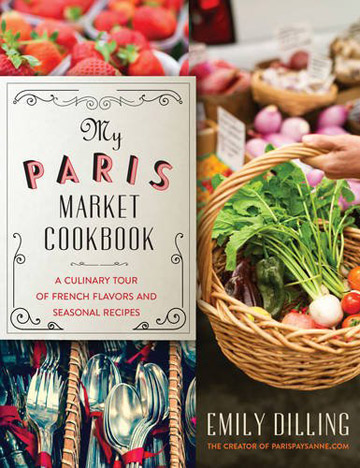 There’s apple cider and there’s hard cider. And it’s crucial that you understand the difference when you make this recipe. The former is all apple and spice and innocence that you sip, warm or cold, and make fall memories of apple picking and hay rides and fall football games. The latter is the boozy and tipsy-inducing variant on apple cider. It’s the bad influence, if you will. It’s crisp and either slightly sweet or somewhat dry and slightly effervescent and a real refined riff on the former. Don’t confuse the two in this recipe. Make no mistake, you want the boozy sort for these moules frites. And you want a cider that’s dry—that is to say, not sweet. Your local selection will vary depending on your location, but here’s a look at some of the best hard ciders available.

I loved everything about these apple cider steamed mussels—the easiness, the ingredients, the ensemble of potatoes and mussels (never had these together before). The potatoes were perfect—tender and juicy. The mussels had a very gentle note of apples—which was great.

A great version of moules frites. The moules had a lovely flavor from the cider and the diced onions.

The method of making the frites in the oven worked great—they turned out nice and crisp and were so much easier to make than the fried version. Just be sure to use plenty of oil.

I lined my sheet pan with aluminum foil and sprayed it liberally with cooking spray before adding the potatoes in a single layer. I usually make 1 pound of mussels per person as a main course, so this recipe with 5 large russet potatoes will serve 6. I used Aspall Dry English Cider and the leftover cider went very well as a beverage to accompany this dish.

Be sure to dip the frites in the broth for unbelievable layers of flavor. The frites will absorb some of the poaching liquid while remaining a bit crisp and the flavors from the briny broth with a hint of apple and onion combine perfectly with the oven-fried potato flavor.  A real hit—any time of the year.

These apple cider steamed mussels had my name written all over it! I live in a city (Seattle) with access to the best fresh mussels and artisanal apple cider. And I love mussels. Duh.

I pretty much followed the recipe as stated, but cut the recipe down as there are only 2 of us here. The cider I used came from Carleton Ciderworks in Carleton, Oregon. The name on the label was “Citizen.” It was a dry cider. After tasting the finished product, I decided that it needed just a bit more body, and I threw in several branches of fresh thyme and a few spoonfuls of roasted garlic cream (just 1 head of garlic roasted and pureed with 1/2 cup half-and-half). Sublime. Homemade frites were just the right touch with this dish.