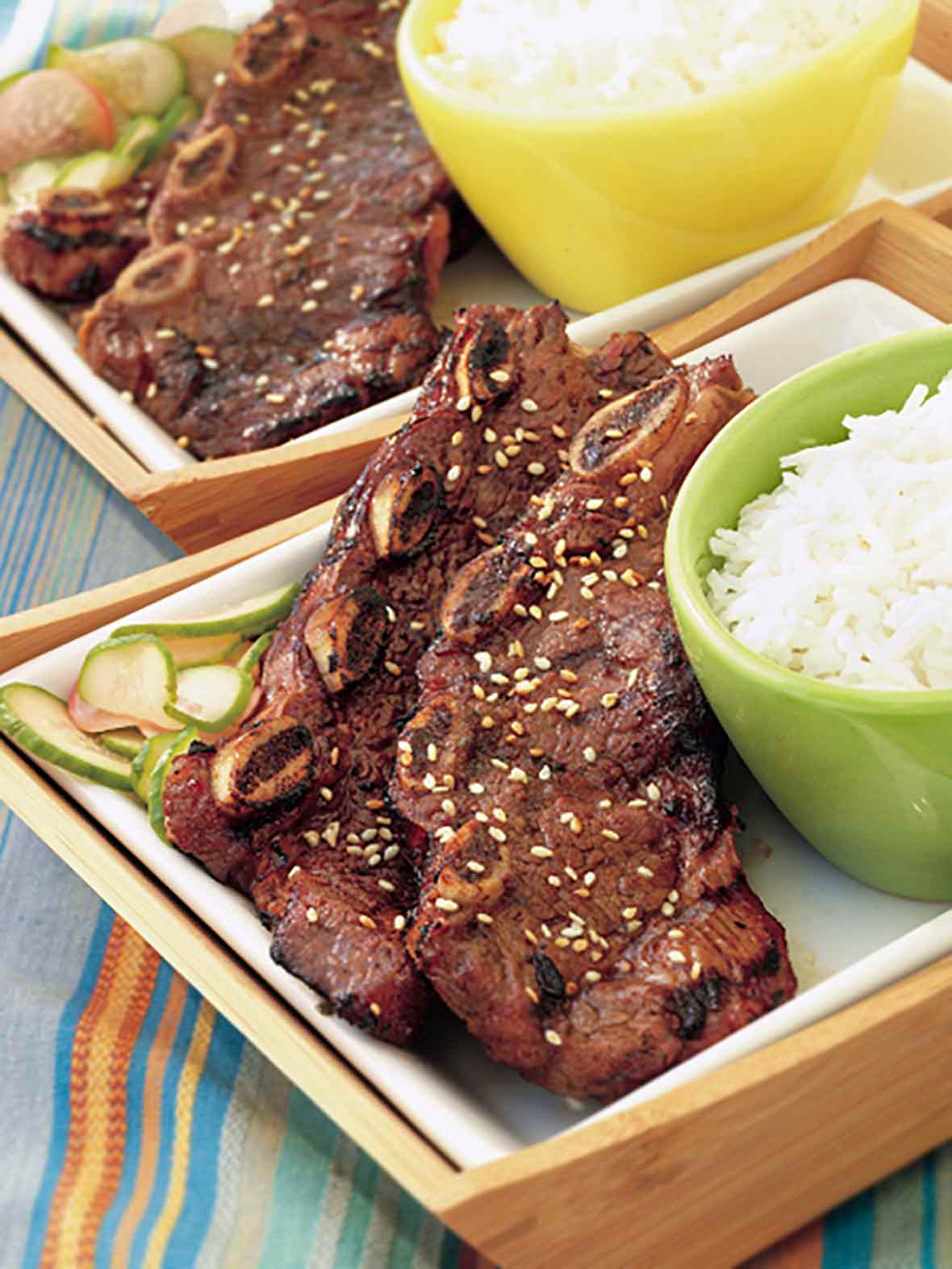 Ask your butcher for flanken-style ribs, which are thin enough that they require no cutting. Simply marinade them for a few hours in the refrigerator. If you buy the thicker English-style short ribs, you’ll want to prepare them by making a horizontal cut just over the bone of each rib. Stop just before you cut all the way through the meat. Continue to make horizontal cuts and butterfly the meat until it is about 1/2 inch thick. Then cut very shallow slits in the meat to help the marinade penetrate and tenderize it.–Jamie Purviance

How to Buy Asian Pears 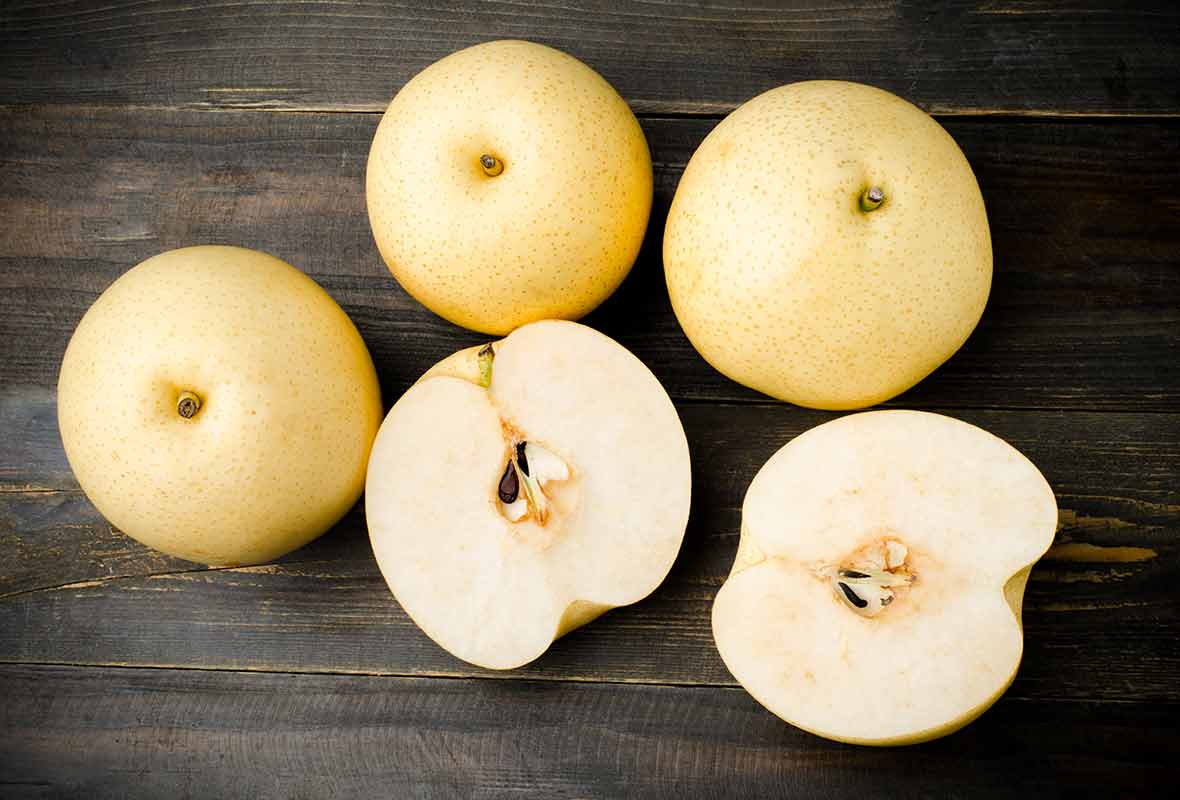 Surprised to see that this Korean marinade calls for Asian pear? Don’t be. The rotund, golden Asian pears increasingly found in standard produce aisles may seem a shocker in a savory recipe, but it lends a welcome sweetness to these sorta sweetly sesame-y ribs. When standing there at the bin pondering which pear to grab, bear in mind that Asian pears, even when ripe, will not be soft to the squeeze, so don’t go rummaging for one that’s not rock hard. It should also smell fragrant and a bit flowery (go on, be that person at the market who sniffs the produce). While you’re at it, snatch a second pear so you can slice one and nibble it while the ribs marinate. If you simply can’t get a hold of an Asian pear for love or money, you can swap a Bosc pear, which is softer and milder tasting but will do quite nicely in a pinch.

In the bowl of a food processor, finely chop the pear, scallions, and garlic. Add the water, soy sauce, sugar and the rice vinegar. Process until well combined.

Put the ribs in a large bowl and pour in the marinade. Mix well to coat the ribs evenly. Cover and refrigerate for 2 to 4 hours.

Brush the cooking grates clean. Lift the ribs from the marinade 1 at a time, letting the excess liquid and solid bits fall back into the bowl before laying them on the grill. Discard the marinade.

Grill the ribs over direct high heat, with the lid open, until they are nicely charred on both sides and cooked to a medium or medium-rare doneness, 3 to 5 minutes, turning occasionally. Remove from the grill and sprinkle with the sesame seeds.

Oh, yum. The pear in this recipe had me hooked. It added a lovely subtlety to the scallions, garlic, soy sauce, sugar and rice vinegar marinade. I set aside about 1/2 cup, which I reduced down to 1/4 cup to serve with the ribs, which was delicious. I marinated the ribs for five hours rather than the two to four specified in the recipe (just due to a busy day), and it definitely was not too long; in fact, a few more hours would have been just right. Regardless, this was very tasty, especially when sprinkled with the toasted sesame seeds for that extra bit of nuttiness and crunch. If the recipe did not call for sesame seeds, I would have added crushed peanuts. Our flanken ribs were a bit gristly, so next time I would use flank steak (marinating longer) and cut extremely thin.