These autumn apple fritters are great for brunch or alongside ice cream. The secret ingredient of beer deepens the flavor of the fritters.

Adapted from Karen DeMasco | The Craft of Baking | Clarkson Potter, 2009

Simple to make, these autumn apple fritters are great for brunch or alongside ice cream for dessert. Beer not only deepens the flavor, its bubbles make them light and crispy.–Karen DeMasco

Wanna know a doughnut dipping trick we learned from Karen DeMasco? When dipping the apples in the batter, she says, loop the apple rings over your finger both for ease and for the fullest coverage. Nifty, eh? 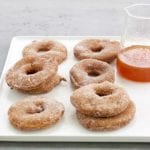 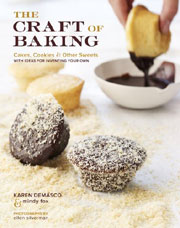