Knowing how to make homemade vanilla extract from vanilla beans is soooo simple and creates something that’s soooo complex. You may never go back to store-bought. We won’t.

Knowing how to make homemade vanilla extract isn’t so much a talent as it is a simple necessity if you’re a home baker. Whereas most homemade vanilla extracts draw on either brandy or vodka to soak the vanilla beans, this draws on both for an unparalleled measure of complexity—which may initially be mistaken for boozy intensity if you happen to take a whiff too early in the extract’s existence. Rest assured, the booziness will mellow with time and, consequently, the vanilla notes will slowly but surely become more prominent. Trust us. The only trick to this little DIY project is that patience isn’t just a virtue, it’s a vital component. If you’re gifting bottles of the extract before its time is nigh, jot down a “Do not open until [INSERT A DATE THREE MONTHS HENCE]” note on a tag and attach it to the jar or write it on a sticker and affix it to the bottle. Trust us. It’ll build the anticipation.–Renee Schettler Rossi

How To Make Homemade Vanilla Extract 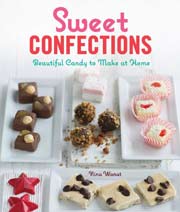 I made this homemade vanilla extract recipe a year ago and finally pulled it out from the back of the pantry shelf. I will never bother buying vanilla extract again. This had such a lovely, deep, almost intimate flavor. Has anyone tried adding a little bit of brandy or bourbon to the bottle each time you use a bit? Or do you need to use the entire contents, and then make another batch?

I’ve actually been given homemade vanilla extract as a gift from a friend, and was so happy to receive it. This recipe gives me the opportunity to pass on the goodness.

For the brandy, I used a Cognac recommended by my local liquor store and Absolut Vanilla vodka (remember, I’m a Swede!) and my vanilla beans were labeled Madagascar Bourbon. The combination of vanilla vodka and vanilla beans gave me the power of double vanilla, without going the optional route that I’d consider cheating (adding premade vanilla extract to my homemade vanilla extract). I’d rather allow the time than boost the flavor quickly.

A word of caution, however, if you want to use vanilla vodka—again, at the recommendation of my local liquor store—cheap vanilla vodka won’t be made from real vanilla, and the taste of the final extract will reflect this. Only use a higher-end flavored vodka if you want the double-powered effect!

Although the recipe states that it needs to sit for 3 months, it’s certainly usable right away, although I’m going to let mine sit longer. Ultimately, I may continue to use it without decanting, so it continues to grow stronger, unless of course I decide to share some for my own holiday gifts this year. I’d never scale this easy recipe down to anything less than the quart it so successfully makes!

Who knew it could be this easy to make homemade vanilla extract?

I made several jars to see if there were any differences in taste according to the ingredients. I did two according to the recipe—one with the addition of the vanilla extract and one without. I also did one with just brandy and one with just vodka. I did buy good-quality vanilla beans to make this with. I noticed that both smelled more of alcohol than the organic vanilla extract from the store. The original recipe smelled and tasted as good as vanilla from the store. The addition of vanilla extract didn’t seem to add anything so I’d leave it out in the future. The one made with just vodka was sharp both in smell and taste, so I don’t know if that’d carry over in taste when used. The one made with just brandy was very smooth and as good as the one with the 2 liquors.

Since I know how to make homemade vanilla extract, I’ll do this recipe again, as I like a set-and-forget recipe, especially when the results are this good.