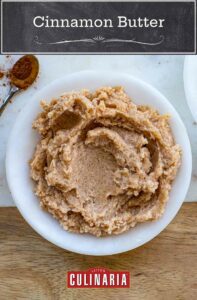 Cinnamon butter comes together so quickly that you can have it anytime you want. Room temperature butter is whisked with some sugar and cinnamon. See how simple? And it tastes absolutely incredible on almost anything you want to smear it on.

Cinnamon butter is famous at our restaurant and we put packets of it in the frozen biscuits we sell online and in grocery stores. Get creative and use this on anything that could use a healthy dose of sweet, buttery decadence.–Carrie Morey

What are the difference types of cinnamon?

Unless you have an extensive spice cupboard and sought out a specific type of cinnamon, you most likely have Saigon cinnamon (or cassia), which comes from China. It’s spicy-sweet and pretty mild.

Another popular choice, Ceylon cinnamon is considered the true cinnamon and comes from Sri Lanka and southern India. It has a softer texture, a more floral and savory (less sweet) taste. It’s also more expensive.

Korintje cinnamon, which Cinnabon uses exclusively, has a mild taste and that quintessential cinnamon scent. It’s easy enough to find and can be used on nearly everything.

What can I use this cinnamon butter on?

It’s endless. Use it on toast, pancakes, rosted carrots, roasted sweet potatoes, warm muffins, our dirt bombs–gosh, you name it! 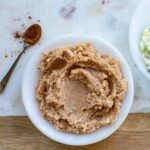 Cinnamon butter comes together so quickly that you can have it anytime you want to add another level of taste to nearly anything–waffles, roasted carrots, toast, pancakes.
Prep 5 mins
Total 5 mins
Condiments
American
6 tablespoons
155 kcal
5 from 1 vote
Print Recipe 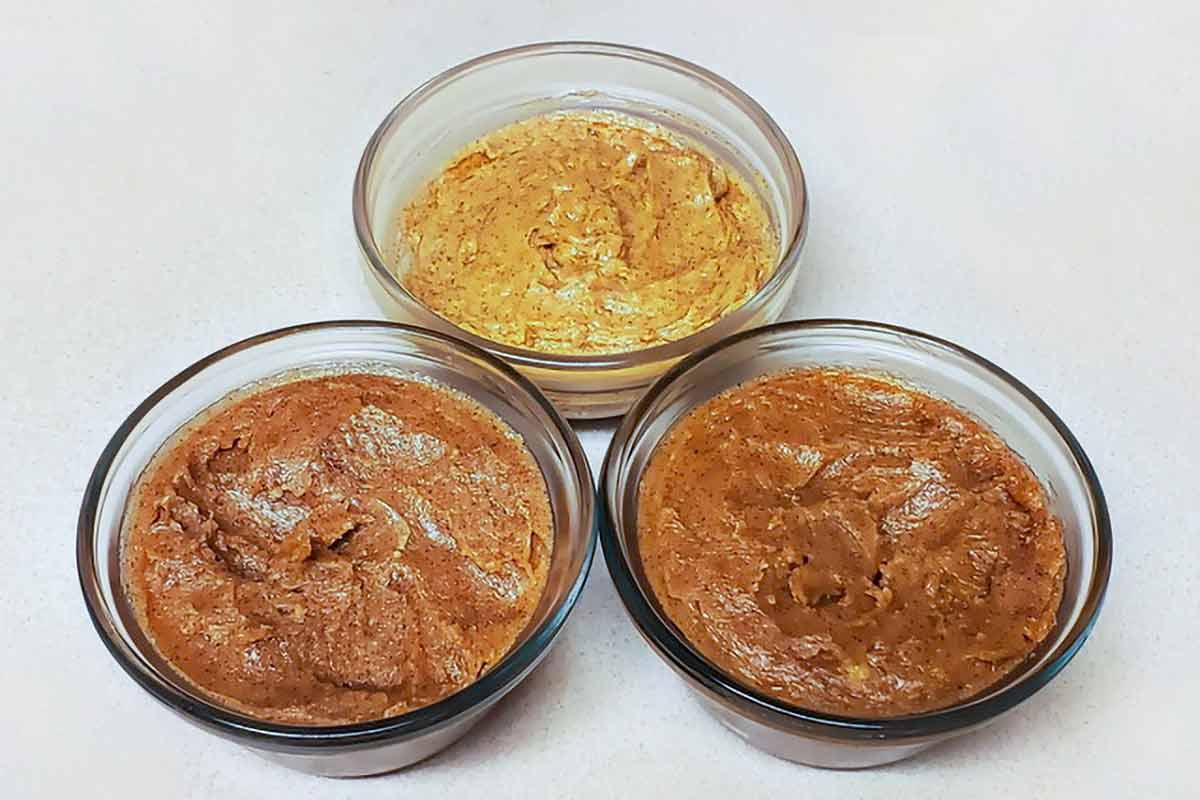 Tester and LC community moderator, Dan Kraan, was inspired to play around with the cinnamon butter after tasting it. According to him, “the cinnamon butter recipe is good, really good. But it tasted like, well, butter with cinnamon and sugar in it. So I replaced the granulated sugar in one recipe with regular honey. Then I replaced the brown sugar with the honey in another take. Both times, it was a one-for-one swap. Both versions made with honey were darker, richer and the honey brought all of the ingredients into better harmony. If you’ve already made a batch, try adding a tablespoon of honey to that. It still seems to result in an appreciable difference in richness and depth of flavour.”. We couldn’t agree more.

It is impossible not to LOVE this butter, cinnamon, brown sugar, and sugar combination. It’s creamy, not overly sugary, and has the perfect amount of cinnamon. All of this could be modified/or adjusted to meet your personal preferences but I thought it was perfect as is.

The first thing I did after I made this was put a large dollop right on top of my piping hot oatmeal. I normally don’t use toppings on my oatmeal other than a little milk and a small amount of sweetener. I have never put butter on my oatmeal. Now I’ll have an internal battle every time I eat oatmeal not to add this cinnamon butter.

The next thing I put this on was a bagel. It was a store-bought bagel and not the finest (my husband likes them…..I want mine from the bagel shop). However, in the spirit of testing, I ate a store-bought one this morning. I toasted the bagel and schmeared the cinnamon butter on top. Once again, another winner!

This cinnamon butter is a very easy recipe to follow and has a very delightful flavor. The mixing of cinnamon, brown, and white sugar gives a unique touch to the smooth butter. Took out the butter from the refrigerator the night before but it was still hard the morning after. Put the butter just for 8 seconds in the microwave and got the perfect smooth I was looking for.

I toasted some slices of whole wheat bread and spread them with the cinnamon butter and the flavor is another different level.

This cinnamon butter recipe caught my eye, and after making it, I can say it is genius. Made with unbelievably simple ingredients that most of us have at home, it can transform a slice of bread, bagel, or anything else your heart desires.

Truth be told, I had never had cinnamon butter before so I wasn’t sure what to expect. But let me tell you, this butter on hot toasted bread was divine with my morning coffee. Dare I say it, it was like eating French toast. I think I may have to always keep this in my freezer for those moments I may want French toast, but have no desire for all the work involved.