Adapted from José Andres | The Book of Tapas | Phaidon Press, 2010

Once upon a time in Spain, a small, free tapa was served with drinks in bars, often a piece of sliced cold meat, such as cured ham or chorizo, or a piece of cheese. According to culinary legend, these tapas were used to cover wine glasses to keep the aroma in and to keep the flies and insects out. (The word tapa originally meant “cover,” a reference to this practice.) In parts of Spain, pinchos are a type of tapas consisting of small pieces of bread on which different toppings are held in place with a toothpick. Nothing goes better with a glass of wine or a cold beer.–Inés Ortega

Based on what we just read above, we want to move to the Spain of yesteryear…. 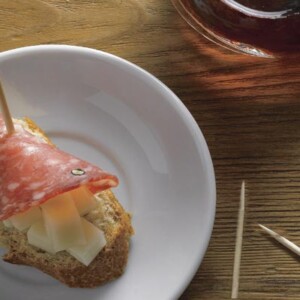 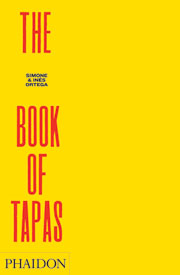