Skip to content
home | recipes | Potato Cake with Cheese and Bacon
Jump to the recipe
Shares1.1kPinShareTweetYummlyShare on FlipboardEmailHeart this post

This potato pancake with cheese and bacon, called a truffade in French, is simple to make. Potato slices are fried in lard or olive oil, and Cantal or Gruyere cheese and bacon bits are stirred in. To make a hearty meal of it the Auvergne way, serve it with meaty pork sausages. 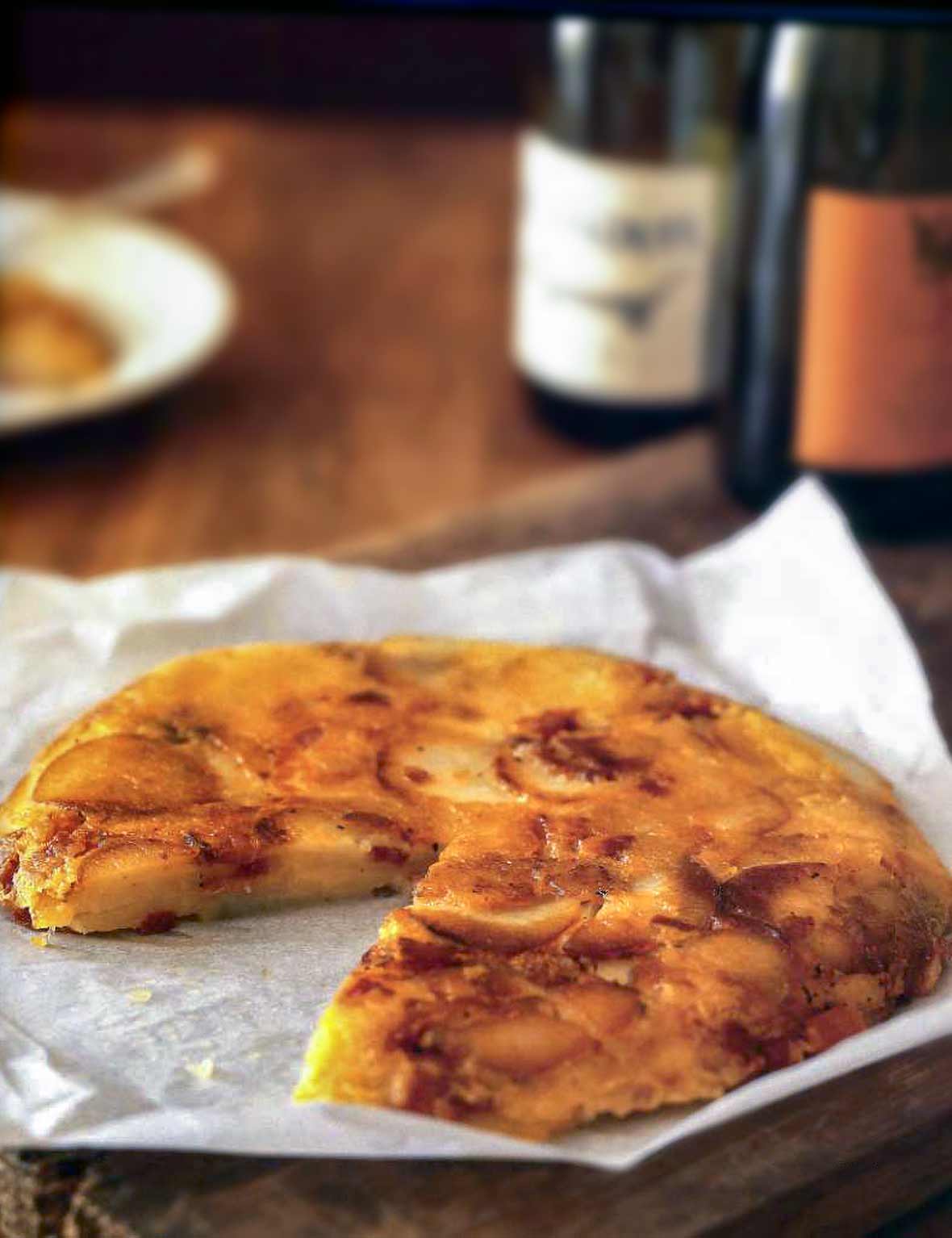 If you can’t afford truffles, you indulge in truffade, say the inhabitants of the Auvergne, notoriously among the coldest and most rugged areas of France. Often served with sausages, truffade is a potato cake recipe flavored with bacon and laden with cheese as a buttress against the worst weather. Nippy Cantal is the local hard cheese, although Gruyère may be substituted. Originally published May 9, 2007. –Anne Willan 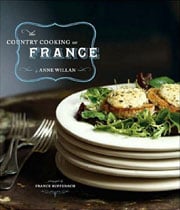 Trim any rind from the bacon. Cut the bacon into slices 3/8 inch thick. Stack the slices and cut them crosswise into short strips. In a 10-inch (25 cm) deep-sided skillet over medium heat, fry the lardons (this is just a fancy French word for bacon chunks) until they release their fatty goodness in the form of bacon drippings, 2 to 3 minutes. Do not let the bacon brown. Remove the bacon with a slotted spoon and place on a paper towel-lined plate.
Add the lard to the skillet, return to medium heat, and wait until it melts. Toss in the potatoes and sprinkle them with salt and pepper. (Be judicious with the salt as the bacon may make the potato pancake salty enough.) Reduce the heat to low, cover, and cook for 5 minutes. Stir in the lardons and continue to cook, uncovered, over low heat, tossing or stirring often, until the potatoes are tender and some of the potatoes are lightly browned, 20 to 25 minutes. Don’t worry if some of the potatoes get crushed, as this will help hold the potato pancake together.
Stir in the cheese and season again with salt and pepper. Using the back of a spatula, press down on the potatoes to make them even in the skillet. Turn the heat to medium-high and let the potato pancake cook, without stirring, until the bottom is browned, 3 to 5 minutes, pressing on the cake occasionally with the back of the spatula to hold it together. When the potato cake, or truffade, is done, it should be brown around the edges and starting to pull from the sides of the pan.
Take the skillet off the heat, run a knife around the edge of the cake to loosen it, and then turn it out onto a warmed plate or platter or serve it straight from the skillet. Cut into wedges and serve hot.
Print Recipe

This recipe could be considered something like a classic. It has potatoes, bacon, and cheese—who can beat that combination? It also resembles breakfast—and breakfast for dinner is definitely a fun thing. The extended family was over for dinner and there were no leftovers. The only difficulty I had was that the whole thing stuck to the skillet when I turned it over, and so I quickly turned it back and served it out of the pan. No one complained that it wasn't out of the pan. I think that I could have tried loosening the bottom before trying to flip it out. I also think that I could take everything out of the pan, add more oil to coat and then put everything back in the pan (after mixing in the cheese). This might prevent sticking. I can see making this recipe again, though.

You need to make this if you're floundering for a hearty brunch idea for guests. You also need to make it if you just want a simple, comforting, porky, potato-y dish. The bacon, though not a large amount, really makes its presence known here, as does the added lard. The potatoes are enveloped with the bacon flavor and almost suck it into themselves. We loved how the potatoes became crunchy in places and not in others. We also loved how the cheese filled the nooks and crannies of the cake. The lardons injected flavor here and there and clung to the potatoes and cheese like they would never let go. The bottom of the cake cooked to a glorious dark butterscotch brown. I bet this would taste as good without the cheese, too, though the cheese helps bind the whole thing together. Just between you and me, next time I'm adding some chives or scallions. Also just between you and me, the 2 of us ate the entire thing—without apology and with abandon.