This Northern Spy apple pie recipe is made with a single variety that goes into an easy filling made from scratch. The only complaint we’ve heard? That you simply must make two seeing as the first will disappear within seconds. Here’s how to make it.

This Northern Spy apple pie recipe is an idyllic way to use up the glut of apples that finds its way into your kitchen come autumn. Brimming with a mountain of sweet apples and redolent of sugar and spice and everything nice, this homemade pie is likely to convince you to leave behind the motley mix of pie apples from your past.–Angie Zoobkoff

*Why Northern Spy Apples In This Apple Pie?

Just to state the obvious, this Northern Spy apple pie was created with Northern Spy apples in mind. For those unfamiliar with it, the Northern Spy apple is a relatively sweet thing with some tartness. It bears a crisp, juicy fruit hidden by a thin skin in shades of pale red and green and sometimes yellowish streaks. It’s lovely when pressed into cider but it’s also perfect for pie. Indeed, rumor has it that the original name was Northern Pie apple, not Northern Spy apple. Our testers made this pie with all Gala apples (which turned out intensely sweet and wonderful) as well as the author’s suggested substitution of “a willy-nilly mix of Macoun, Empire, McIntosh, Golden Delicious, and a Granny Smith apple or two for good measure” (which was simply lovely).

A bit of background on this particular Northern Spy apple pie recipe. The creator explains that she used to make her apple pie “a little differently each year. My father had long insisted that Rhode Island Greenings were the best pie apple, but I never seemed to be able to find any when Thanksgiving rolled around, thereby inducing a tinge of guilt for never having personally decided upon a favorite pie apple. This all changed one autumn day when I came across a sumptuous display of Northern Spy apples at Crow Farm in Sandwich, Massachusetts. Because I had never seen these apples in New England supermarkets, I did some research and learned Northern Spy apples are nicknamed the ‘Pie Apple’ and are native to the American Northeast. How fortuitous—what more could I ask for? For the first time ever, I put together a pie with a single variety of apples and nary a complaint was heard. Some even crowned it the best apple pie they had ever tasted. Should you not be able to find Northern Spy apples, you can go back to my old method of mixing different apple varieties together for the filling. However, if you can find Northern Spys, you’ll be in for a treat.” That’s how this Northern Spy apple pie came to be. And we’re incredibly grateful for that. 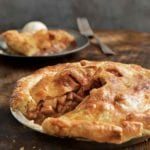 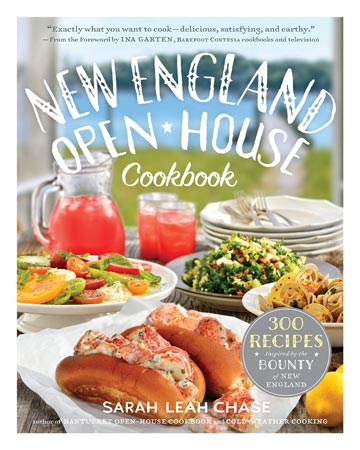 I love to make pies and this Northern Spy apple pie definitely lived up to my expectations of a good homemade pie. The crust with the cream cheese was fantastic and added just enough tang to the sweet filling. They complemented each other very well! It does take a little time to make because you need to chill the pie crust so plan ahead. The crust is slightly better the next day, too, so don’t be afraid to make it the day before you want to have it (which actually helps cut down on what you need at the last minute for a more elaborate meal which is nice). I wasn’t able to find Northern Spy apples (too bad because I would have loved to try them) so I used Gala and they turned out well. A tarter apple would probably be preferred, but if you like sweet, then Gala will work. I felt like I was overfilling the pie, but it does come down as it cools. The only part I felt was lacking was in the flavor in the filling. When I make it again, I will probably double the cinnamon and nutmeg as it seemed a tad bland. I did like the heavy cream in it! And make sure to have the baking sheet beneath. It will save a lot of cleaning. Also, I covered the outside of the crust with aluminum foil before baking to avoid my thin edges getting burned and it’s a good thing. I took it off 15 minutes before it was done and they were perfectly brown, but not overdone. Overall a very good pie and well worth the effort!

In the name of all things food, I confess that even as an avid baker, I have not mustered the courage to ever bake an apple pie! After multiple requests, primarily from my daughter, it seemed like a celestial intervention that this Northern Spy apple pie recipe appeared in my inbox aptly timed at Thanksgiving. There were no Northern Spy apples in Florida so I used a combination of Empire, McIntosh, Golden Delicious, and Granny Smith apples.

Made 6 generous slices served with a dose of smile and love!

1. The pie was unbelievably light and delicate.

2. The crust has perky tang from cream cheese and cider vinegar.

5. Did I mention it got devoured within one minute after 12 hours of resting?

2. Plan on making two pies because one will disappear within seconds.