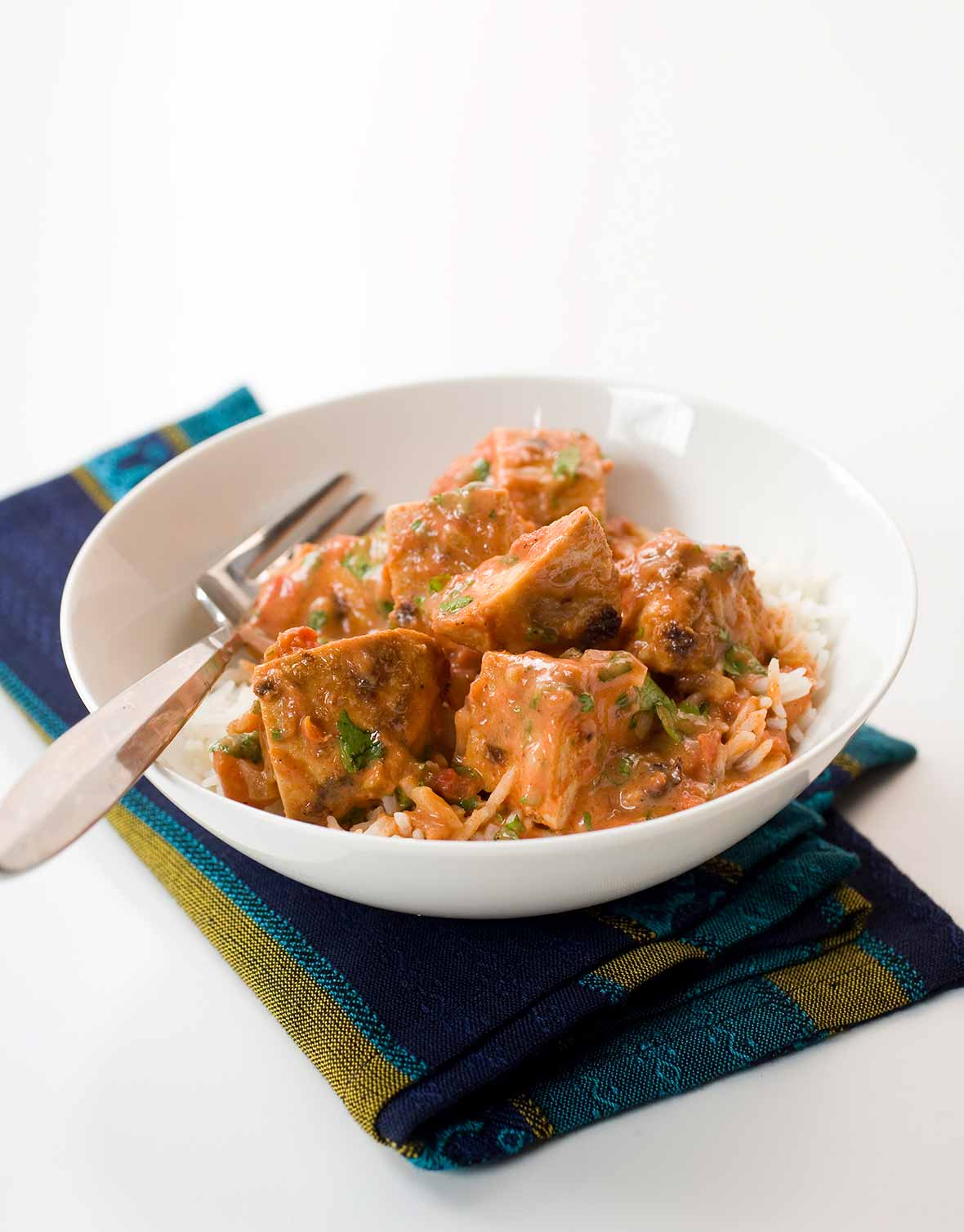 This dish tastes best when prepared with whole-milk yogurt, but low-fat yogurt can be substituted; do not use fat-free yogurt. The sauce can be made and refrigerated up to 4 days in advance; gently reheat the sauce before adding the hot chicken. Serve with basmati rice.–The Editors of America’s Test Kitchen 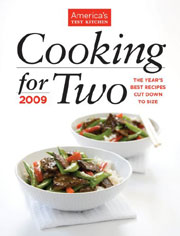 Make the chicken
Combine the garam masala, cayenne, and salt in a bowl. Pat the chicken dry with paper towels, then coat the chicken thoroughly with the spices, pressing to help them adhere. Place the chicken on a plate, cover, and refrigerate for 30 to 60 minutes. Whisk the yogurt, oil, garlic, and ginger together in a medium bowl, cover, and refrigerate until needed.
Make the sauce
Process the tomatoes with their juice in a food processor until pureed, about 15 seconds. Heat the oil in large saucepan over medium heat until shimmering. Add the onion and cook until softened and lightly browned, 5 to 7 minutes. Stir in the garlic, ginger, chile, tomato paste, and garam masala and cook until fragrant, about 30 seconds.
Stir in the processed tomatoes, sugar, and 1/4 teaspoon salt, and bring to a boil. Reduce the heat to low, cover, and simmer, stirring occasionally, for 15 minutes. Off the heat, stir in the yogurt and cover to keep warm.
Meanwhile, adjust an oven rack to be 6 inches from the broiler element, and heat the broiler. Line a rimmed baking sheet with foil and top with a wire rack. Using tongs, dip the chicken into the yogurt mixture so that it is thickly coated and arrange on the prepared wire rack; discard any excess yogurt mixture. Broil the chicken until the exterior is lightly charred in spots and the thickest part of the breasts registers 160 to 165 degrees on an instant-read thermometer, 10 to 18 minutes, flipping the chicken halfway through cooking.
Let the chicken rest for 5 minutes, then cut into 1-inch chunks. Stir the chicken pieces into the warm sauce (do not simmer the chicken in the sauce). Stir in the cilantro, season with salt to taste, and serve.
Print Recipe

We really enjoyed this recipe. I made the sauce several days ahead, using whole-milk yogurt, and this made for an easy and quick dinner late in the week. I was concerned about the cooking method for the chicken breasts, which dry out so easily, but these turned out great—with a nice crust, great flavor, and very moist.