Oysters Rockefeller, a stunning appetizer of oysters on the half shell topped with fennel, bread crumb, parsley, and watercress purée, and baked until golden, is a classic for a reason. See for yourself.

A favorite along the eastern seaboard during the earlier part of the 20th century was Oysters Rockefeller—baked oysters topped with savory greens. Because of its rich ingredients, creator Jules Alciatore of Antoine’s Restaurant in New Orleans chose John D. Rockefeller, one of the wealthiest men in the nation, as its namesake.–Craig Claiborne

Well, sneaking greens into an oysters dish laced with Pernod is certainly one way to get folks to eat your, er, their greens. 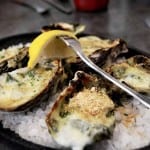 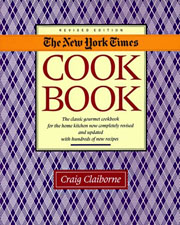