These snickerdoodles, made with butter, margarine, sugar, flour, and eggs, are a classic cookie coated in cinnamon sugar. Easy to make with options for thin and flat or thick and puffy.

Life is complicated. These snickerdoodle cookies are not. You likely have everything in your pantry right now to get these crackly topped, cinnamon- and sugar-coated classics from the mixing bowl to your mouth in less than an hour.–Jenny Howard 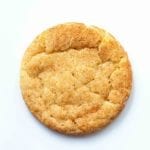 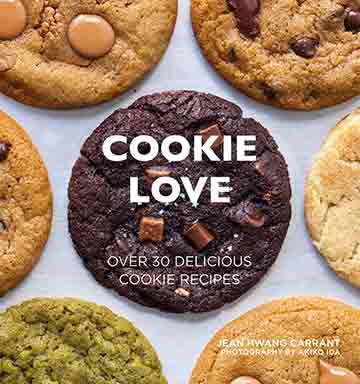 For the snickerdoodle dough

*What You Need To Know About Ensuring Puffy Snickerdoodles

If you’re the sort of snickerdoodle connoisseur who only deigns to indulge in puffy, cakey snickerdoodles rather than flatter, crisper cookiers, there are a couple of things you can do to ensure your desired results. First, bake your cookies, as indicated in the recipe, at the slightly higher temperature of 400°F (205°C) for a shorter time (9 to 10 minutes). The higher temperature “sets” the cookies more rapidly and prevents them from spreading as much. Second, choose your margarine wisely. The oil-to-water ratio across margarine brands can vary significantly. A margarine with a relatively low 46% vegetable oil content will conversely have a higher water content, which will predispose your cookies to flatten more. If puffy is your aim, try to find a margarine in the 65 to 80% vegetable oil range.

I have always loved snickerdoodle cookies but have never made them from scratch. These are the best cookies and I know I will make them again.

The ingredients are on hand always so there will be no trips to the grocer. Easy to make and the taste is great. This will be one of my go-to cookie recipes.

A great recipe for a classic, simple cookie. These go from the mixing bowl to your mouth in about an hour flat and use pantry staples, so are perfect for when you are craving something sweet.

They may seem underbaked when you pull them from the oven, but give them time to rest on the baking sheets and to cool on a rack and they firm up nicely. Also, give them plenty of space to spread when baking. I did 8 on a half sheet pan and that worked nicely.

Snickerdoodles are one of those old-fashioned cookies that fill the house with the promising aromas of what awaits while they bake. And these cookies will not disappoint. They have a slight crunch on the outside, contributed to by the cinnamon-sugar coating they get just before baking, and a chewy interior. A perfect combination.

They are not too sweet and would be perfect with coffee, tea, or a cold glass of milk. I suggest filling the cookie jar. 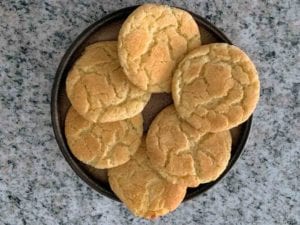 When my now 23-year-old twin boys were little, it was a tradition in our home to make snickerdoodles to take to school to celebrate their birthdays. It’s been years since we’ve made them, and both my boys were visiting this weekend for the first time in a year, so when I saw this recipe I decided to celebrate having them home with an old favorite but using a new recipe.

I have always thought that making snickerdoodles dough to be quick and easy and this recipe was just that. By the time the butter, margarine, and sugar mixture was light and fluffy, I had the other ingredients ready to add and the cinnamon sugar mixed to use for rolling.

When I took them out of the oven, the cookies had started to puff up and the edges started to look brown and the tops started to crack just a bit. As they cool a little, the cookies flatten out to look just like the picture.

To be honest, I was hesitant to make the recipe when I saw it used margarine, which is not something I ever purchase. But take the chance, the results are so worth the purchase.

After years of using the same recipe, we all loved this new version with its warm slightly crunchy but soft on the inside cinnamon cookie taste. I used Saigon cinnamon and think it was the prefect cinnamon choice for this cookie.

Definitely a cookie you want to have with a big glass of ice cold milk and definitely one we will celebrate with again.