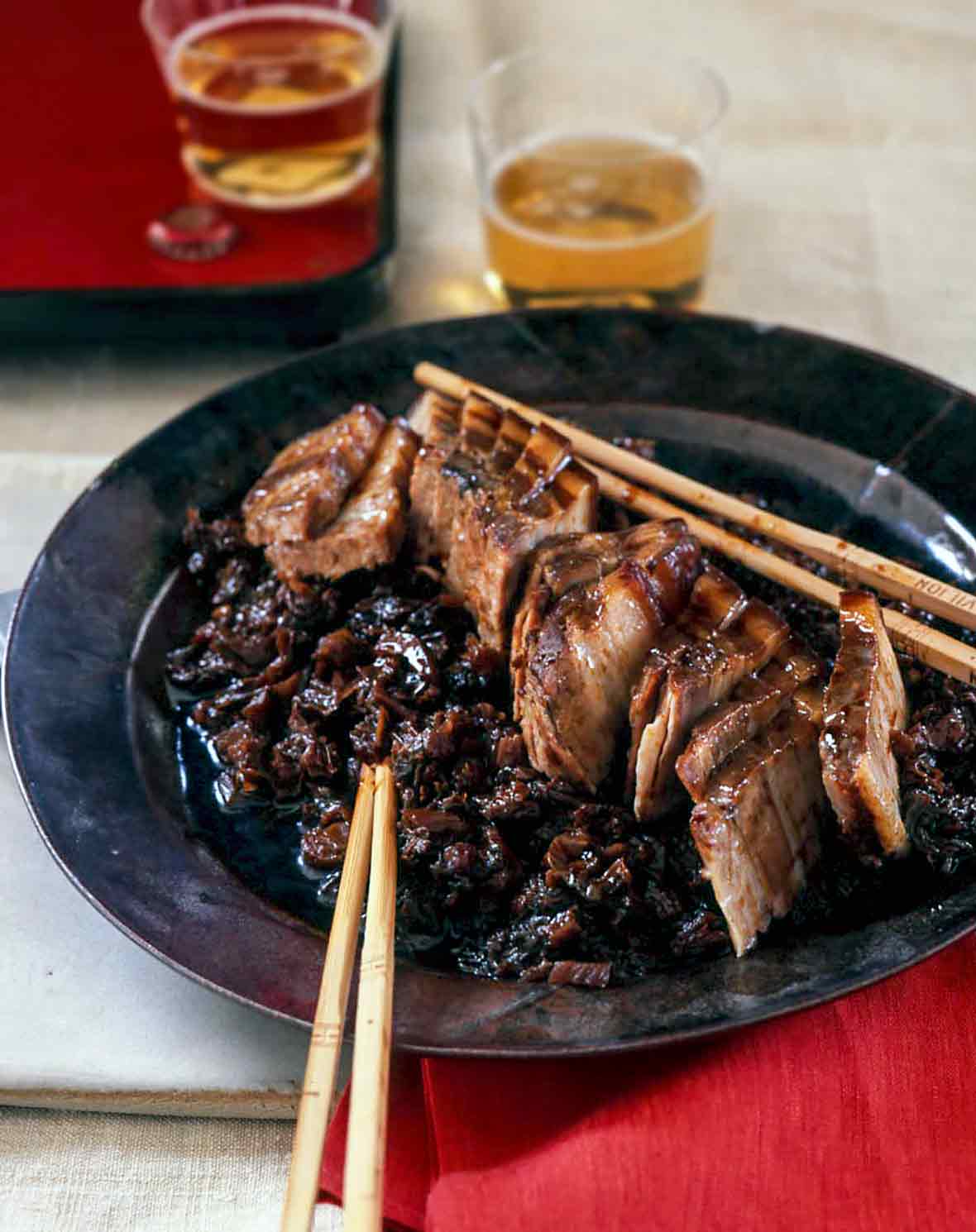 This pork dish is equally well known, and important, in Beijing, Shanghai, Suzhou, Hangzhou, and Guangzhou. It’s a particular specialty of the Hakka, who are Han Chinese believed to have migrated from northern China to southern China centuries ago. It is called meicai kourou (or mui choi kau yuk in Cantonese) and involves a two-method cooking process that calls for long-cooking, or braising, followed by steaming in a wok. The cut used is belly pork (fresh bacon), which is called wu hua rou (or ng far yuk in Cantonese), literally “half meat, half fat.” When it’s cooked, some remarkable kitchen chemistry occurs: the fat appears to still be intact, but it has actually run out of the pork into the braising liquid, and what is left is basically an illusion. When you bite into it, it dissolves in the mouth, and the flavors of the dish combine pleasantly. There’s even a version of this dish called Dongpo rou, named for the celebrated Hangzhoua poet Su Dongpo, active during the Northern Song dynasty (960 to 1127). This is perhaps the only occasion on record in which having one’s name attached to pork belly is considered an honor.–Eileen Yin-Fei Lo 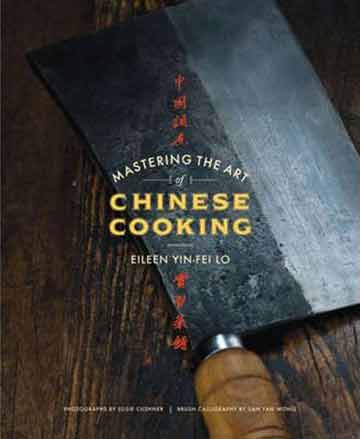 Separate the stalks of the preserved mustard, open the leaves and rinse well 4 times to remove any sand and the preserving salt.
In a large pot, place the preserved mustard; the pork belly, skin side down; and the sugar. Pour in the water and bring to a boil over high heat. Add the mushroom soy sauce and stir well. Add the chiew, stir well, and allow the water to return to a boil. Reduce the heat to low, cover the pot, leaving the lid slightly cracked, and cook at a low simmer for 5 hours total. After the first hour, turn the pork belly over. After the second hour, turn the pork belly again. After the third hour, turn the pork belly once again, and then cook for the final 2 hours with the skin side up. At this point, the pork belly will be tender, and its fat layers will be translucent.
Turn off the heat and transfer the pork belly and the preserved mustard to a large plate. Allow to cool to room temperature, then cover and refrigerate for at least 8 hours or up to overnight. Cover and refrigerate the cooking liquid.
Remove the preserved mustard from the plate, and cut crosswise into 1/8-inch-wide strips. Arrange the mustard pieces in a bed on a steamproof dish. Cut the pork belly crosswise into 1/2-inch-thick slices. Assemble the slices, skin side up, on top of the mustard. Spoon 1 cup of the cooking liquid over the slices to give them a dark coating. The remaining sweet-and-salty cooking liquid will keep, refrigerated, for 2 to 3 weeks and can be used to add flavor to sauces or soups.
Place the dish in a steamer, cover, and steam for 30 minutes. Turn off the heat, remove the dish from the steamer, and serve the pork in its cooking dish.
Print Recipe